A New Sushi Restaurant is Coming to Pittsburgh

Look for an intimate, omakase-only counter on the floor between Round Corner Cantina and Umami this spring. 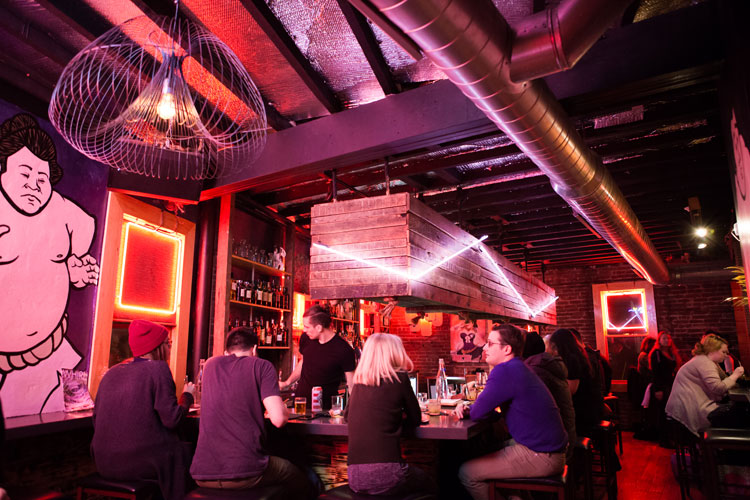 About a year ago, Roger Li and Derek Burnell started a conversation about what to do with the second floor of the Round Corner Hotel building in Lawrenceville. The duo operate Umami on the third floor of the building and Burnell runs Round Corner Cantina on the first.

“I’m always trying to figure out what we don’t have in Pittsburgh,” says Li, who also owns Ki Ramen and Ki Pollo with Domenic Branduzzi and Claudia Moyano.

The answer in this case is something Li first started thinking about when he was executive chef at Tamari, a pan-Asian restaurant that closed in 2015: run an intimate space with an omakase tasting menu. Li and Burnell now are full-steam ahead with plans to open a 14-seat sushi counter later this year.

For the uninitiated, omakase roughly translates into “trust the chef,” meaning that guests can expect a set menu at a fixed price. Li says that there will be three price-points at the yet-to-be-named restaurant, with the lowest tier starting at $60 or $65.

Chaz Garcia, Umami’s first sushi chef and lately of Cure, will serve as the primary sushi chef, and Li says he plans on stepping behind the counter, too. (Li, who once worked at Morimoto in Philadelphia, served the single best sushi experience I’ve had in Pittsburgh at a pop-up at Adda in 2016.)

Li says the focus of the tasting menu will change depending on the season (yes, fish have seasons). He’s talking to several purveyors, including Yama Seafood, Honolulu Fish Company, True World Foods and Samuels and Sons Seafood Co. about supplying the restaurant.

“We’re trying to step out of the ordinary and push beyond what we’re doing at Umami,” Li says, noting that sushi at the 3rd floor izakaya will probably be scaled back a bit in favor of new menu items.

Opening is estimated for May or June, but you know how these things go.