The Fountain Street Overlook will have a view of the Fort Pitt Bridge and Mount Washington. 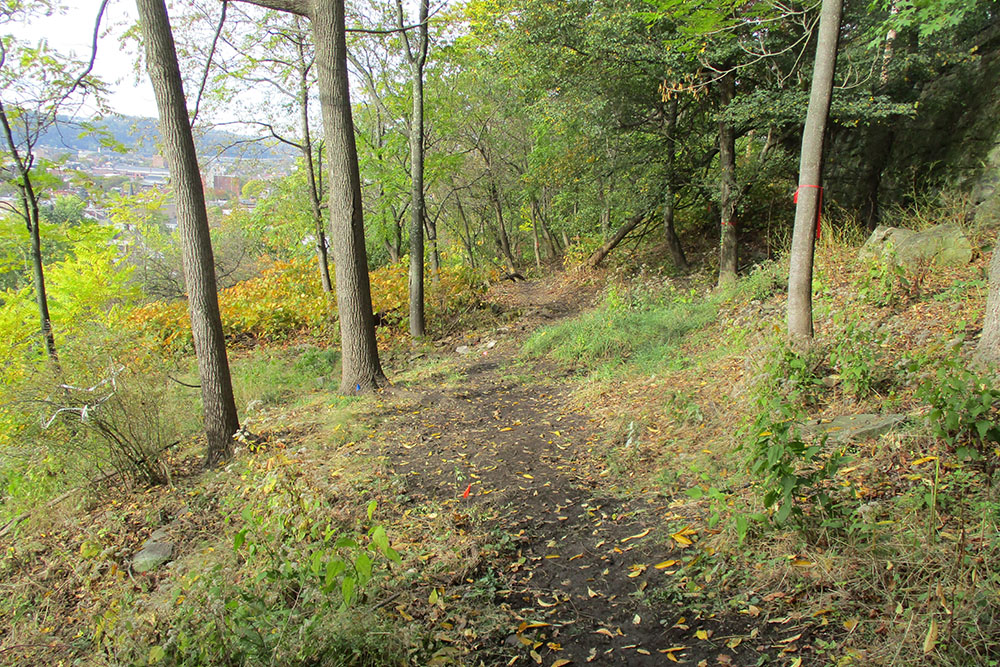 There’s a new greenspace behind Allegheny General Hospital on Pittsburgh’s North Side.

Scenic Pittsburgh, a nonprofit focused on protecting and preserving the scenic resources of southwestern Pennsylvania, unveiled a new publicly accessible 2.2-acre greenspace in Fineview. Tucked away on the wooded slope between Fountain and Henderson streets, the new Fountain Street Overlook can be accessed by stairs on Fountain near the intersection of Sandusky Street.

Scenic Pittsburgh focuses mainly on land that is not easily developed for housing or business, often wooded and on a steep slope. Usually, the nonprofit’s projects occupy a space that is either too small for traditional development or too large to be a simple neighborhood project. According to a press release from Scenic Pittsburgh, its sites are sometimes being used as illegal dumping grounds or are infested with invasive weeds that run rampant — all of which make it more difficult to develop into a beneficial space.

Throughout the cleanup process, crews found trash dating back to the early 1900s — and some as recent as a few days ago. Trash included furniture, bicycles, car parts, rugs, pounds of glass and hundreds of single-use plastic containers. 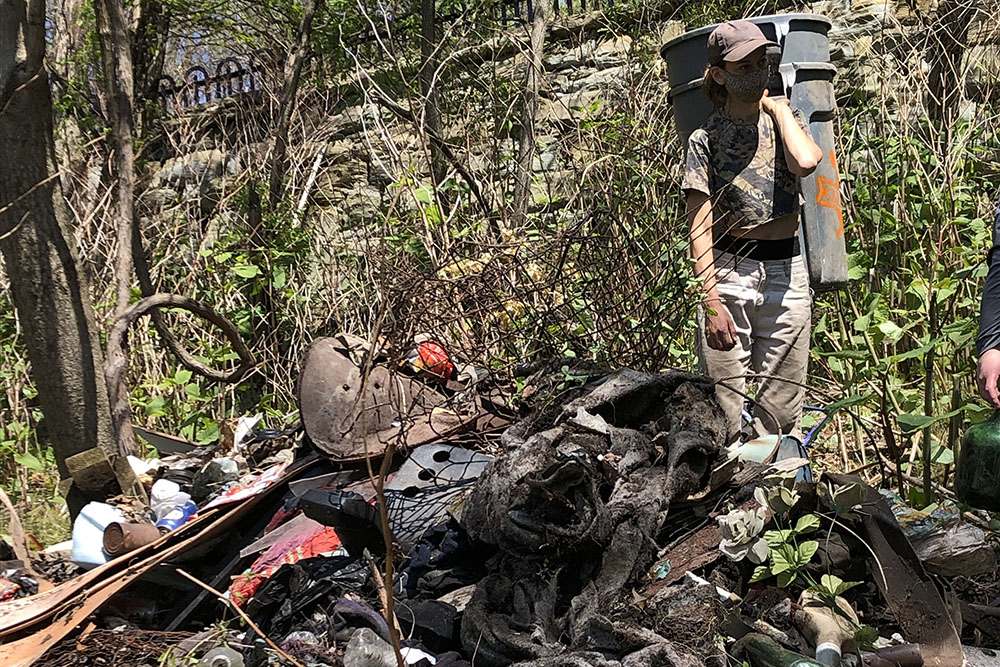 But it’s a challenge Scenic Pittsburgh takes in stride.

“We got started on greenspace restoration because we realized that these lots were a major source of our area’s visual blight and garbage,” said Mike Dawida, former Allegheny County commissioner and the executive director of Scenic Pittsburgh, in a statement. “We realized we could do more than clean these places up — with the right partners, we could transform them into scenic community assets.”

Such is the case with the Fountain Street Overlook, which will afford a view of the rivers, the Fort Pitt Bridge and Mount Washington in the distance. Scenic Pittsburgh first purchased a single lot from the city school district in 2018 and leased the rest shortly thereafter. Since last year, it has hosted multiple cleanups in conjunction with Allegheny Cleanways, a nonprofit that aims to eliminate illegal dumping and littering in Allegheny County, and Landforce, which will install paths and repair the stairs.

While the site has been cleaned up greatly ahead of its official unveiling, there is still work to be done to ensure it lives up to its potential.

“This site was covered with houses just a few decades ago, so we are still working on clearing and reclaiming foundation stones and other building materials,” Dawida added. “The stairway needs additional repair, and we would like to add fencing and some other amenities.”

In the meantime, visitors to the space — open from dawn until dusk — can expect some steep terrain and exposed foundations from those homes that marked an era now passed; back in the golden age of Pittsburgh’s steel industry, the houses along the hillside there were mostly owned by millworkers. But as the industry waned and Pittsburgh’s population nearly halved, those houses were left vacant. Eventually, they deteriorated and were torn down. 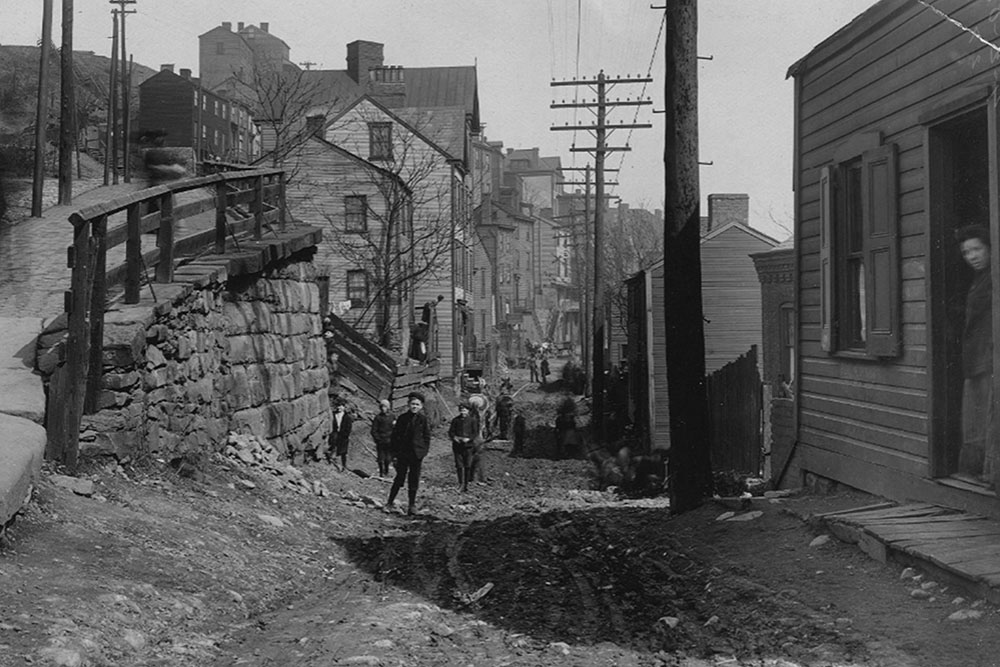 The organization has also planted 50 native maple viburnum bushes that it hopes will help discourage those invasive weeds from returning, while also starting to restore the balance of native plant life at the site. The shrubs will stabilize the loose soil on the hillside above Fountain Street and provide some definition to the pathways throughout the space.

The restoration partnership also includes Grounded, a nonprofit that works with communities to restore vacant or neglected land, and the Fineview and Perry Hilltop Citizens Councils. The greenspace partnership is also working on another site at Lanark Street in Fineview, with an opening planned for fall, as well as a third project in the Hill District.

“These sites are everywhere in Pittsburgh, and in the region. They hold great scenic and public health potential for our population and for our future,” Dawida said. “And we can’t afford to ignore them and let them remain blighted just because restoring them can be difficult.”