The pocket-sized restaurant, helmed by chef Becca Hegarty, offers an array of farm-fresh food for breakfast and lunch. 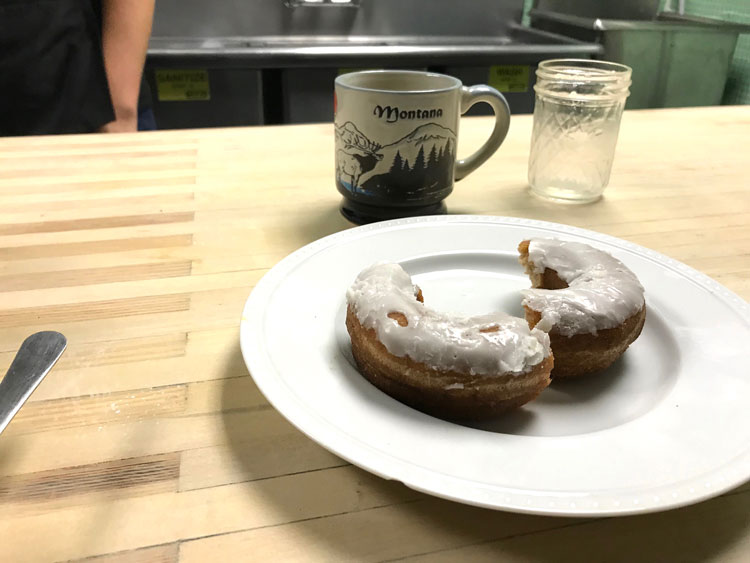 Hegarty helms the kitchen. Prior to Bitter Ends, she worked in the kitchens of The Cafe Carnegie, Dinette, Bread & Salt Bakery and Woodbury Kitchen. She quietly has developed a reputation over the past few years as a chef with a fastidious attention-to-detail toward quality of ingredients; this year, the secret got out —  Heagarty was named a 2017 semifinalist for the James Beard Rising Star Chef of the Year award and, in September, honored as one of Zagat’s national list of 30 Under 30 chefs.

Still, she wasn’t planning on returning to the kitchen when she and Oddo started farming on a plot in Verona they call Bitter Ends Garden, last spring. 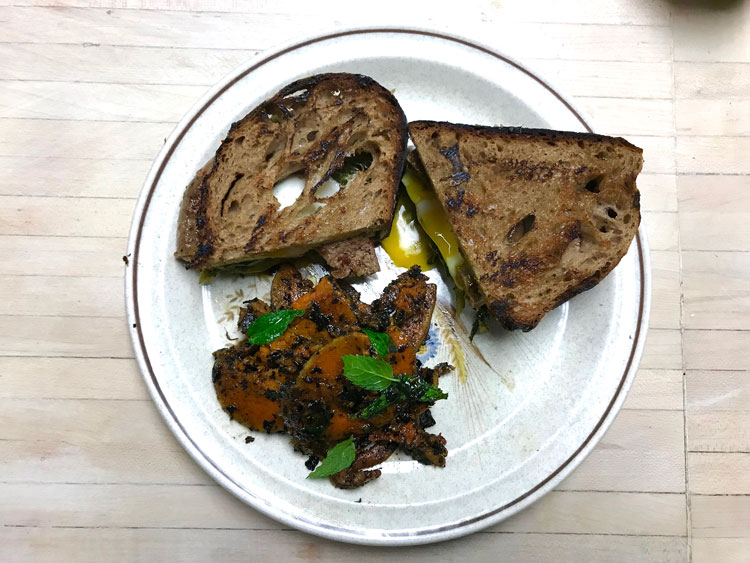 “When we started the farm project, I didn't want to open a restaurant. I wanted to step away from that and just farm for awhile. Learn more about vegetables, and just do farmers markets and smaller things,” she says.

Plans changed when the Liberty Avenue space that previously was occupied by DJ’s Sandwich Shoppe became available. "When I moved to Pittsburgh, this was a place (then occupied by Mama Ros’ Sandwich Shop) that I was like, 'If I ever owned a business I'd want it to be in a place like this.' It turned out Lou felt the same way, too,” Hegarty says.

Hegarty says the diminutive space is the perfect fit for the group’s initiative. The nine-seat restaurant — food is available to-go, too — largely will use products grown at Bitter Ends, as well as feature food from a community of local purveyors such as be.wild.er Farm, Brenckle's Organic Farm and Greenhouse, Who Cooks For You? Farm and Mickley Farm eggs. 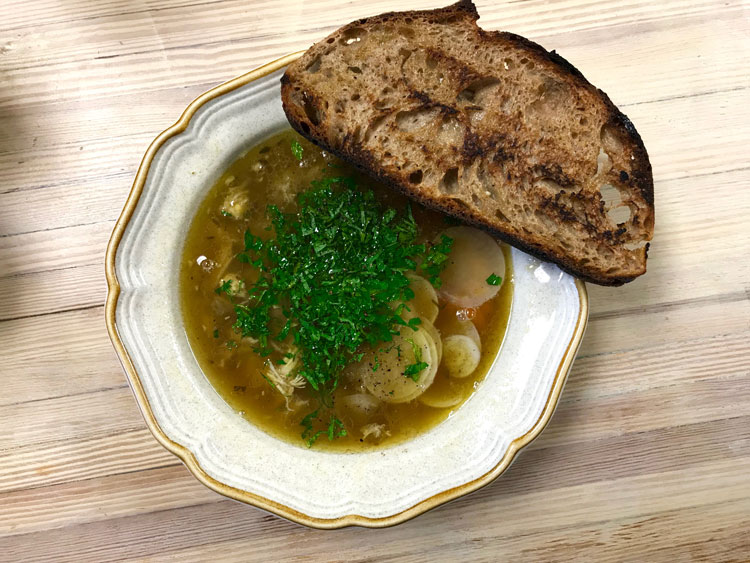 "Food should be about community. Nobody can do everything themselves. This space is a space for people like us who are smaller and doing something that inspires them. And we can present all of these projects here,” Hegarty says.

If talk of community and produce collectives sounds precious to you, let that thought fly. If anything, Bitter Ends Luncheonette is a throwback to old-school lunch counters that offer scratch-made food and for too long have been a missing component of most neighborhoods. It’s the sort of place you can pop in and out of for a coffee and doughnut on the run, or, if you want to, snag a corner seat, cozy up with a book and eat the best bowl of soup you’ve had in a few weeks. Or, if you’re feeling social, joke with friends and strangers about the possibility of bringing back once-popular catchphrases of quirky sitcom characters. 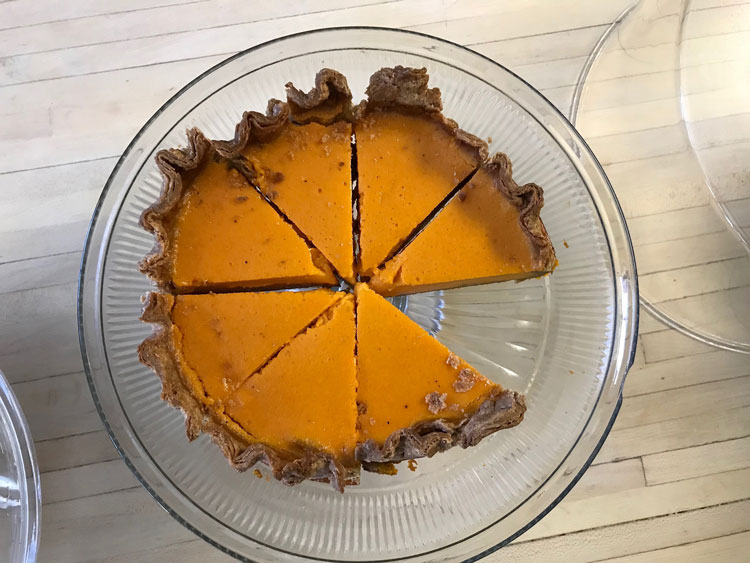 The restaurant’s menu will flow with the seasons. Look for late-autumn vegetables such as squash, beets and hearty greens to feature prominently on early menus. I’ve sampled both beet and egg sandwiches, and appreciate how Hegarty coaxes levels of flavor by adding nuanced touches such as crisp lettuce, bittersweet beet greens and tender herbs to the beet sandwich, and peppery, bitter greens to the egg.

As we move into the colder months, diners can expect soups (you’d do yourself well to enjoy a bowl of chicken soup on a brisk day like today), meat and robust sandwiches, but Hegarty also says she has a few vegetables surprises in store, such as a hardy, purple-blushed cabbage called January King that’ll allow for fresh produce even in the winter, plus an occasional special treat of peak-harvest food she preserved for the barren season.

Hegarty’s top-notch doughnuts, pies, scones and other pastries will be available year-round; today’s pumpkin pie tasted deeply of squash and autumn, with nary a trace of faux-holiday spice mix. Naturally leavened bread, baked daily, features prominently in most dishes and also can be purchased by the loaf.

This article appears in the November 2017 issue of Eat Street.
Categories: PGHeats