With the support of the judges, Victory Brinker soared through the quarterfinals with grace and ease. 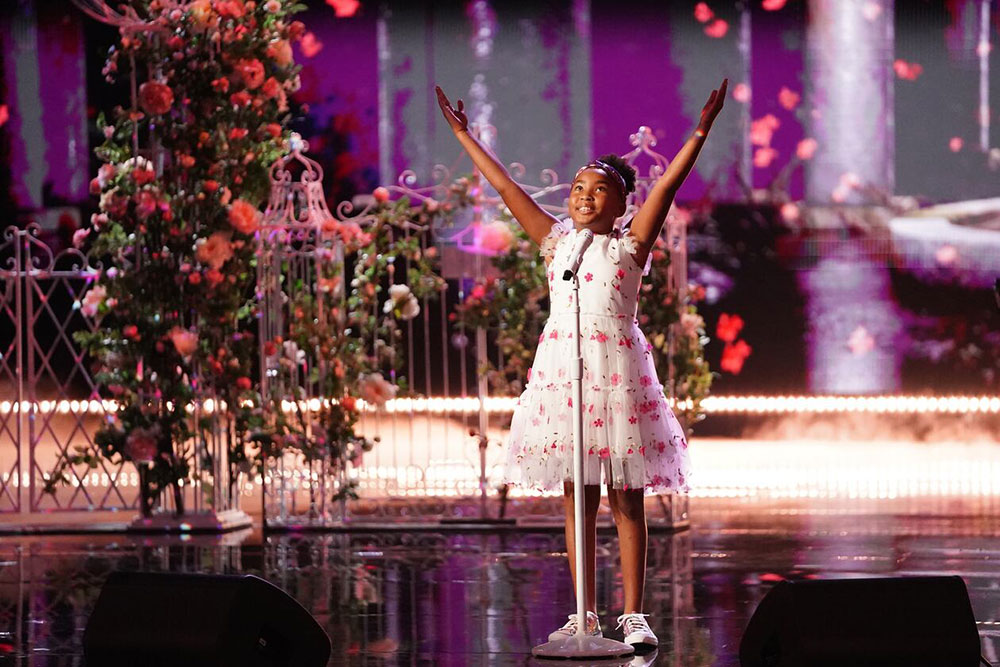 Victory Brinker already made history in July when she became the first contestant in America’s Got Talent 16-season history to receive an all-cast Golden Buzzer. And on Wednesday, host Terry Crews announced she will advance to the next round of competition on the NBC show, inching ever closer to her namesake: Victory.

The determining performance came in Tuesday’s quarterfinals episode, when Victory sang “Casta Diva,” an Italian aria from the Bellini opera “Norma.” (Italian is just one of the seven languages Victory can proficiently sing in.)

Victory has wowed judges Simon Cowell, Howie Mandel, Heidi Klum and Sofia Vergara since the start; the historic group Golden Buzzer gave her a pass to advance directly from auditions to the live shows this summer.

After her performance on Tuesday, Mandel said, “You’re amazing. You got to vote, people. I know you’re going to make it,” and Klum added, “You have the most amazing gift.”

Cowell also likened her to country music star Carrie Underwood, who won the fourth season of “American Idol” in 2005. Cowell was a judge on that ABC show, too, and he predicted Underwood would go on to sell “millions and millions of records.” Naturally, he was right.

He made a similar prediction for the young Victory.

“You are going to be one of the biggest stars to emerge from one of these shows because you have a unique, special talent, and I think you are incredible,” he told her.

Victory’s performance on Tuesday earned the only standing ovation of the night as other contestants bore the brunt of Cowell’s frustration; one singer, Johnny Showcase, put on a psychedelic/funk lounge act complete with an animatronic octopus, which earned ridicule from judges.

“It was horrific. Absolutely horrific, honestly… The worst song I’ve ever heard on a live show,” Cowell said.

Overnight, following the Tuesday show, viewers voted for their favorite of the 12 acts. Only seven could make it through to the semifinals.

Contestants were brought out onto the stage in pairs or groups of three, with only one member of each group moving closer to the $1 million prize while the rest were sent home. Victory was brought out with the self-taught teen aerialist Aidan Bryant, another fan favorite, in a moment of suspense that made viewers believe one of them would be cut. But after letting the tension mount for a moment, Crews said they both had received enough votes to make it through.

Also advancing to the semifinal round is the aspiring Broadway singer Tory Vagasy; the healthcare heroes of the Northwell Health Nurse Choir, who sang an emotional rendition of “You Will Be Found” from the musical “Dear Evan Hansen”; the mentalist Peter Antoniou; comedian Josh Blue, whose act about living with cerebral palsy was dubbed “sensational” by the judges; and the vocal group Korean Soul.

The semifinal competitions are expected to take place on Aug. 31 and Sept. 7. In addition to the $1 million prize, payable in a financial annuity over 40 years, the winner will also receive a contract to headline a Las Vegas casino show.