“We’re all impacted by each other’s actions. The best way for us to build a community safety network is to know each other, support each other and build each other up.” 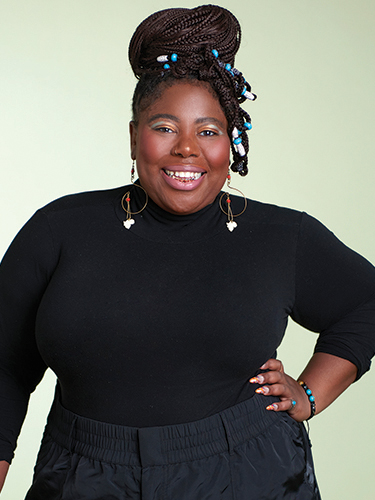 Miracle Jones has been described as a force to be reckoned with. The director of policy and advocacy for 1Hood Media is also an attorney, leads get-out-the-vote efforts and was a member of Mayor Ed Gainey’s transition advisory team.

Despite the seriousness of her work, Jones hopes that she continues to be a light to those in need. “I hope people would say that I show you can be yourself, have fun and make a difference, [that you don’t] always have to be serious and stressed out despite fighting back against white supremacy and violence,” she says.

Outside of her career, Jones’ volunteer service — including connecting communities to COVID-19 resources, providing resources for unhoused individuals and making herself available to those dealing with mental health crises — is incredibly important to her.

“We’re all impacted by each other’s actions,” she says. “The best way for us to build a community safety network is to know each other, support each other and build each other up.”