“If you have a dream, you go after it. Despite the fact that you’re an immigrant coming from a different country, it's all achievable.” 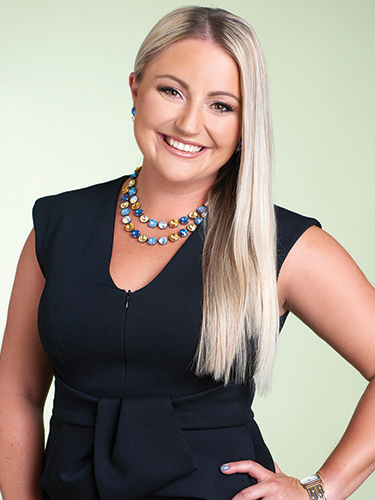 Moving from Lviv, Ukraine, to Pittsburgh at age 15 is no easy feat.

Anya Lernatovych’s move got even harder when her family moved back home a few months later. Lernatovych stayed with a neighbor, graduating from high school at 16 and working two jobs before graduating from Duquesne University at 20.

“If you have a dream, you go after it. Despite the fact that you’re an immigrant coming from a different country, it’s all achievable,” she says. Now an associate at Reed Smith, Lernatovych advises companies on international mergers and acquisitions, private equity transactions and corporate finance matters.

She is currently focused on spearheading local efforts to assist her home country in the war against Russia; she personally collected more than $15,000 in donations for Ukrainian families, children and military units and started a collection drive to obtain donations of old body armor.

“I was overwhelmed by the support from colleagues and friends,” she says. “You don’t have to be Ukrainian to support Ukrainian people. You just need to be a human to realize what’s going on there is horrific.”