“The arts and particularly increasing rates of equity in the arts is something that’s really important to me.” 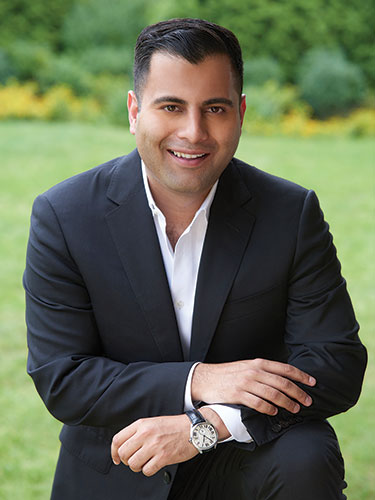 Shiv Sethi became a private wealth manager after starting his career in a business management role, distant from the needs of individual clients. Seeking a change, he founded the Irick Group along with Myah Moore Irick, shifting his focus to work with individuals and “lead with empathy and [realize] that everyone’s path to wealth is based on their own life experiences.”

As a first-generation American — his parents, who were born in India, founded the McKnight Road restaurant Taj Mahal in 1995 — he says it’s vital that individuals who do not come from generational wealth have the ability to protect and grow their money. That’s why he also works with minority business owners offering pro bono advice and guidance as to potential resources.

In addition to seats on the boards of Big Brothers Big Sisters of Greater Pittsburgh and the August Wilson African American Cultural Center, he’s a member of the Jack Heinz Society for the Pittsburgh Symphony Orchestra.

“The arts and particularly increasing rates of equity in the arts is something that’s really important to me,” he says.