“I see the power and influence of young people, not only for our city, but for the world, and I’m constantly inspired by it.” 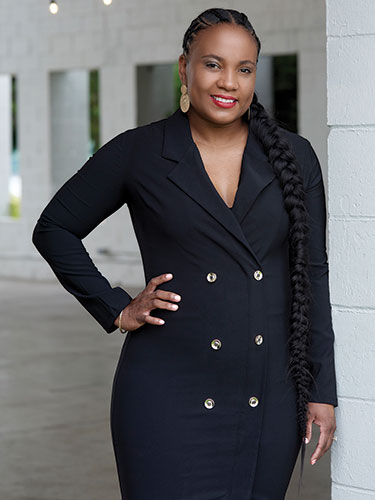 As a young, Black, Guyanese woman, Shenay Jeffrey identifies with the subjects she’s most passionate about.

“I see the power and influence of young people, not only for our city, but for the world, and I’m constantly inspired by it,” she says.

After earning a master’s degree from the Carnegie Mellon Heinz College School of Public Policy and Management, Jeffrey — who was in high school when she immigrated with her parents from the Bahamas to central Pennsylvania — is now pursuing her doctorate from the University of Pittsburgh, where she is focused on the civic identity of students of color.

As assistant director at the Office of PittServes, where she is a mentor and advocate for students, Jeffrey — a former PUMP board member — played an integral role in the creation of the school’s first Civic Action Week.

The board chair of New Voice for Reproductive Justice, she also helped found Black Youth Connection, a mentoring program that connects Black undergraduates to local Hill District youth as part of her work at Pitt, and serves as the co-chair of Pitt’s community relations committee.