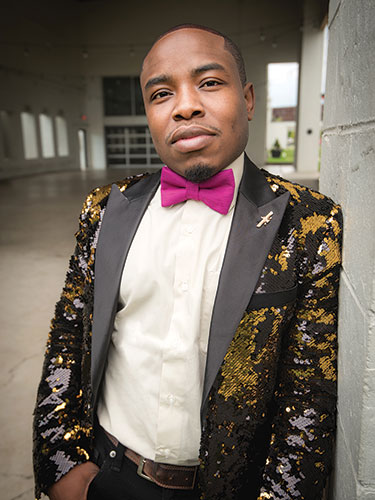 After Donald Trump was elected president in 2016, Haji Muya says there was an increased fear of “the other” — people who didn’t look or sound what some considered “American.”

So he started a soccer league.

“We wanted to bring Pittsburghers together with crosscultural, different ethnicities and backgrounds, so we started a league that everybody’s welcome to,” he says. “We wanted to make sure people know their neighbor and know a little bit about their neighbor.”

By day, Muya works as an independent filmmaker. A graduate of the Art Institute of Pittsburgh with majors in filmmaking and video production, he has worked on projects filmed locally such as “Mindhunter” and “Ma Rainey’s Black Bottom.”