“I want to show people how to own their work." 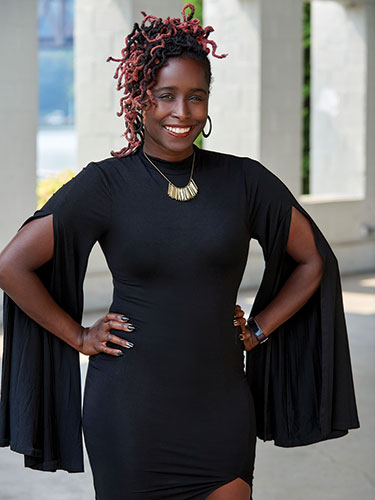 For Chardae Jones, serving as mayor of Braddock is a natural extension of her lifelong service to her hometown.

“I didn’t want to be involved in politics,” she says, but after former mayor John Fetterman became Pennsylvania’s lieutenant governor in 2016, she “saw the people who were applying, and realized they didn’t have experience — or even genuine intentions.”

Jones, who is not seeking reelection when her term ends this year, says she still wants to help the community, but in a different capacity, including helping more people get involved in government. Whether from the mayor’s office or not, Jones has a long track record of service to the borough, including work with the Braddock Economic Development Corporation, Sustainable Pittsburgh and AmeriCorps, for which she served in Braddock — at her own request — in 2013. She’s also working to guide young authors through self-publishing, an endeavor that began amid the pandemic.

“I want to show people how to own their work,” she says.