“I want to capture the diversity of Pittsburgh through my eyes.” 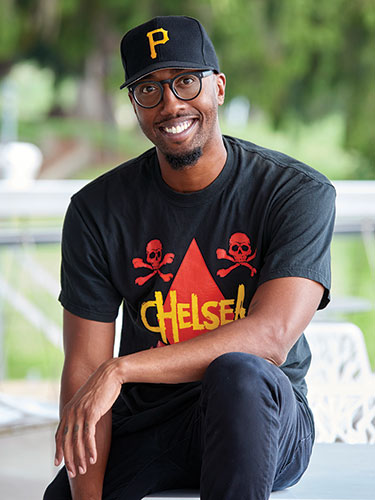 A lover of fashion and street style, the Aliquippa native was in New York City years ago with a friend observing the people attending New York Fashion Week and their interaction with photographers; Humphrey realized no one was photographing everyday people in Pittsburgh. In 2014, he launched Keep Pittsburgh Dope on Instagram. It now has more than 33,000 followers.

“I want to capture the diversity of Pittsburgh through my eyes,” he says. “I love making cool content. It’s whatever hits my spirit.”

What’s next for Humphrey, a former on-air radio host at 100.7 Star and WAMO? He aims to expand his brand to YouTube videos and podcasts that go beyond Pittsburgh.

“I want to leave a legacy, an imprint,” he says. “I want to be the Black dude from Pittsburgh who is bigger than Mr. Rogers.”