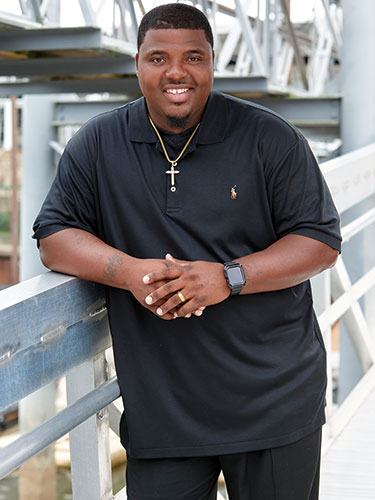 Born and raised in Pittsburgh’s East End, Andre Turner finds ways to stay involved, whether it’s through his small commercial cleaning business, which he owns and operates with his wife, or his involvement with the Garfield Gators, a youth sports team he once played for and where he now serves as a coach and administrator.

Since its inception in 2015, A&A Turner Enterprise has grown to service about 15 buildings and schools in the area. Turner employs local young people he has met either through the Gators or through his 16 years as chief supervisor at the Shuman Juvenile Detention Center.

We’re “trying to keep them off the streets, give them something to do, keep some money flowing in their pockets,” he says.

“I want to preach to the guys and girls in my community,” he says. “You know, we’re prideful; we love Garfield and we love the Garfield Gators, but our communities and our neighborhoods are so much bigger. The world is so much bigger.”