“I try to meet people where they are and to help them be healthy connectors." 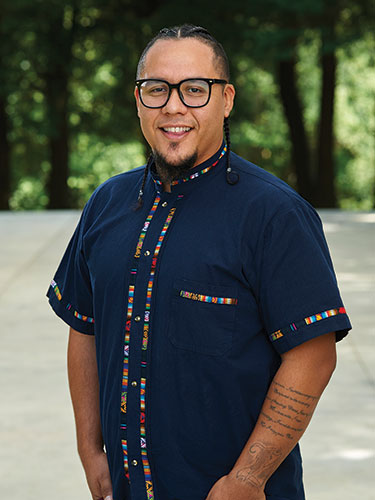 Jesús Origel has spent much of his career working with youth as they transition from high school to college — or from the minor leagues to the big leagues.

It’s a chaotic time, and many who are in the throes of it report feeling a sense of hopelessness or isolation. Origel’s job as the campus minister for student athletes at the University of Pittsburgh and as the Spanish chaplain for the Pittsburgh Pirates is to help them through the struggle.

“At that age, they’re learning to be intellectual, but they still don’t have the language to attach to their emotions,” Origel says. “I try to meet people where they are and to help them be healthy connectors.”

It’s the gift he received from his mentors when he was young, and the one he looks to pass on to his own children, including the four he’s adopted and the 18 he’s fostered.

“I get a lot of joy out of being able to give people hope and replicate what was given to me,” he says.