“I love watching people’s faces light up when they try something I’ve made.” 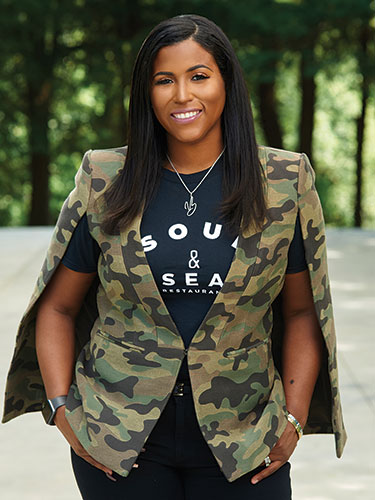 The first time Brittany Houser tasted a fried lobster tail, she was hooked.

“I thought, ‘I can’t be the only one who thinks this is amazing. People need to try this,’” she says.

Thanks to Houser, they can. Houser is the owner of Soul & Sea, a restaurant where soul food meets seafood and where customers can get a rack of ribs and a fried lobster tail in the same order.

While other restaurants have struggled or closed during the pandemic, Soul & Sea has fared better. That’s in part because it has always done most of its business in takeout and in part because the Penn Hills’ community in which its original kitchen is located supports its small-business owners. (Houser also operates a second location in the South Side.)

“I really just like what I do,” she says. “I love watching people’s faces light up when they try something I’ve made.”