“I’m proud to be still standing and still persisting. I’m blessed to be in spaces where I can impact change.” 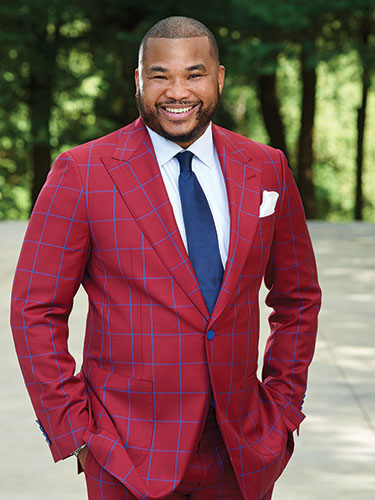 But it’s the smallest number that has the biggest impact. In most of his higher education jobs, including his current role as dean of students at Seton Hill, he’s been one of the only minorities on campus.

“I’m proud to be still standing and still persisting,” he says. “I’m blessed to be in spaces where I can impact change.”

And he has left his mark. At Grambling State, he used his birthday as an excuse to raise nearly $10,000 in gap funding for students. At Upper Iowa, he started a Black Student Union and endowed a scholarship. At Western Carolina, he developed a master’s program.

“It’s about the students,” he says. “Did they get what they paid for and deserved out of their college experience?”