The creative team behind Scarehouse will transform the Oyster House in Market Square into a bunker meant to serve as a safe house (and place to enjoy a cocktail) in the event of an apocalyptic zombie outbreak. 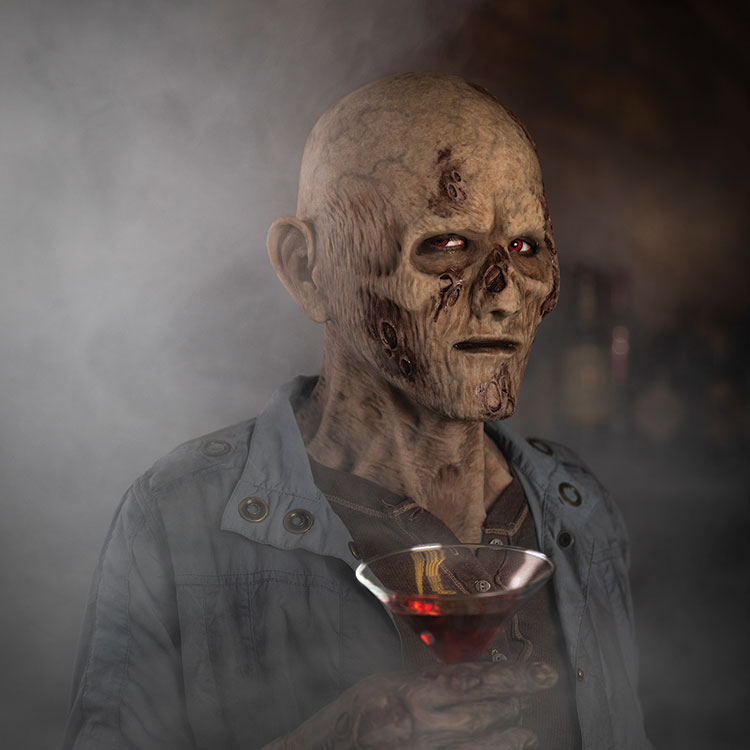 Fans of immersive performance experiences and holiday-themed bar spaces should add Zombie Den: Bar of the Living Dead to their October to-do list.

Drawing inspiration from “Miracle,” the Christmas-and-Hanukkah-themed pop-up bar from The Warren co-owners Spencer Warren and Carrie Clayton, the creators of the captivating haunted attraction ScareHouse are partnering with Michael McCoy and Brian Laing of Burnt Orange Restaurant Group (Sienna on the Square, Sienna Mercato) for a “Night of the Living Dead”-inspired pop-up.

It won’t be the first time that the Original Oyster House in Market Square plays host to the Romero classic; several scenes from the film were shot in the Downtown building’s basement.

“This is [a] safe place to escape the stress of the walking dead apocalypse happening outside,” says ScareHouse creative director and co-owner Scott Simmons.

The ScareHouse creative team will transform the Oyster House into a bunker meant to serve as a safe house in the event of an apocalyptic zombie outbreak. Guests will arrive to find a band of survivors, some of whom assumed the role of bartender (presumably to better pass the time during the cataclysm).

Laing, former bar manager of Sienna Mercato, crafted the drinks menu. Look for motif-fitting cocktails such as a tequila-based Apocalypse Punch and tiki classic the Zombie. “I think you can expect plenty of the mixture of humor and horror that ScareHouse, and also George Romero’s movies, frequently feature,” says Simmons. He promises emergency weapons hanging in cases, as well as signs offering helpful safety tips: “Avoid shopping malls!”