Kennywood has revealed its replacement ride for “The Log Jammer” which will be located in a new portion of the park entitled “Steelers Country.” 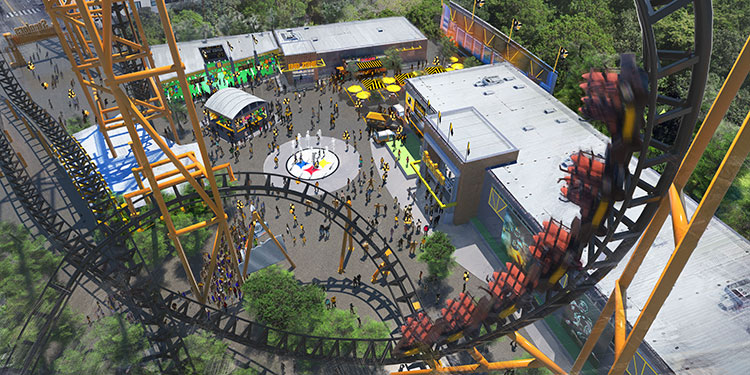 Kennywood’s existence dates back to 1898. When a new ride comes along, it’s a big deal — even more so when it’s a big ride.

Kennywood announced Thursday it will add its largest roller coaster to date, “The Steel Curtain,” which could open as early as 2019. It will feature nine inversions, the tallest of which will be 197 feet in the air, as well as 2,500 feet of track and speeds of up to 75 miles per hour. 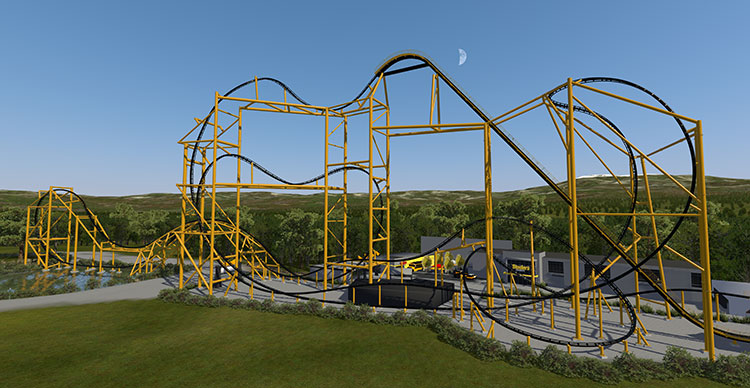 S&S Worldwide will construct the coaster, the company’s largest to date. The track will be manufactured in the United States, and the project will include nearly 3 million pounds of steel.

“We’re very proud to be a part of this,” said S&S Director of Sales Peter Barto.

Kennywood spokesman Nick Paradise said the coaster will be part of a new, approximately 3-acre section of the park located in the pavilion area behind The Racer (the pavilions will be moved elsewhere). “Steelers Country” will feature the End Zone Cafe as well as family-friendly football and sports-themed games and interactive features. 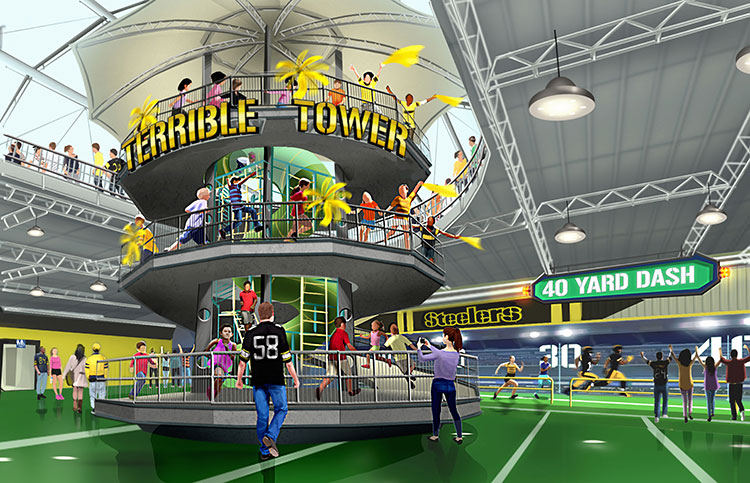 “This is probably the most significant investment for a single year in Kennywood’s history,” Paradise said.

The park expanded this summer as well with Thomas Town, an extensive children’s space that is set to open to the public next week.

Steelers Vice President of Sales and Marketing Ryan Huzjak, Steely McBeam and former defensive lineman Chris Hoke arrived in a Kennywood trolley for the announcement at the park. The partnership between the park and the city’s football team is the first of its kind, Paradise said.

“We were floored when we heard … the name for the ride,” he said. “The history, the impact that has, not just here in town but all across the nation and beyond, we couldn’t be more excited about it.”