Your Mother Deserves Better than This Awful Mother's Day Movie 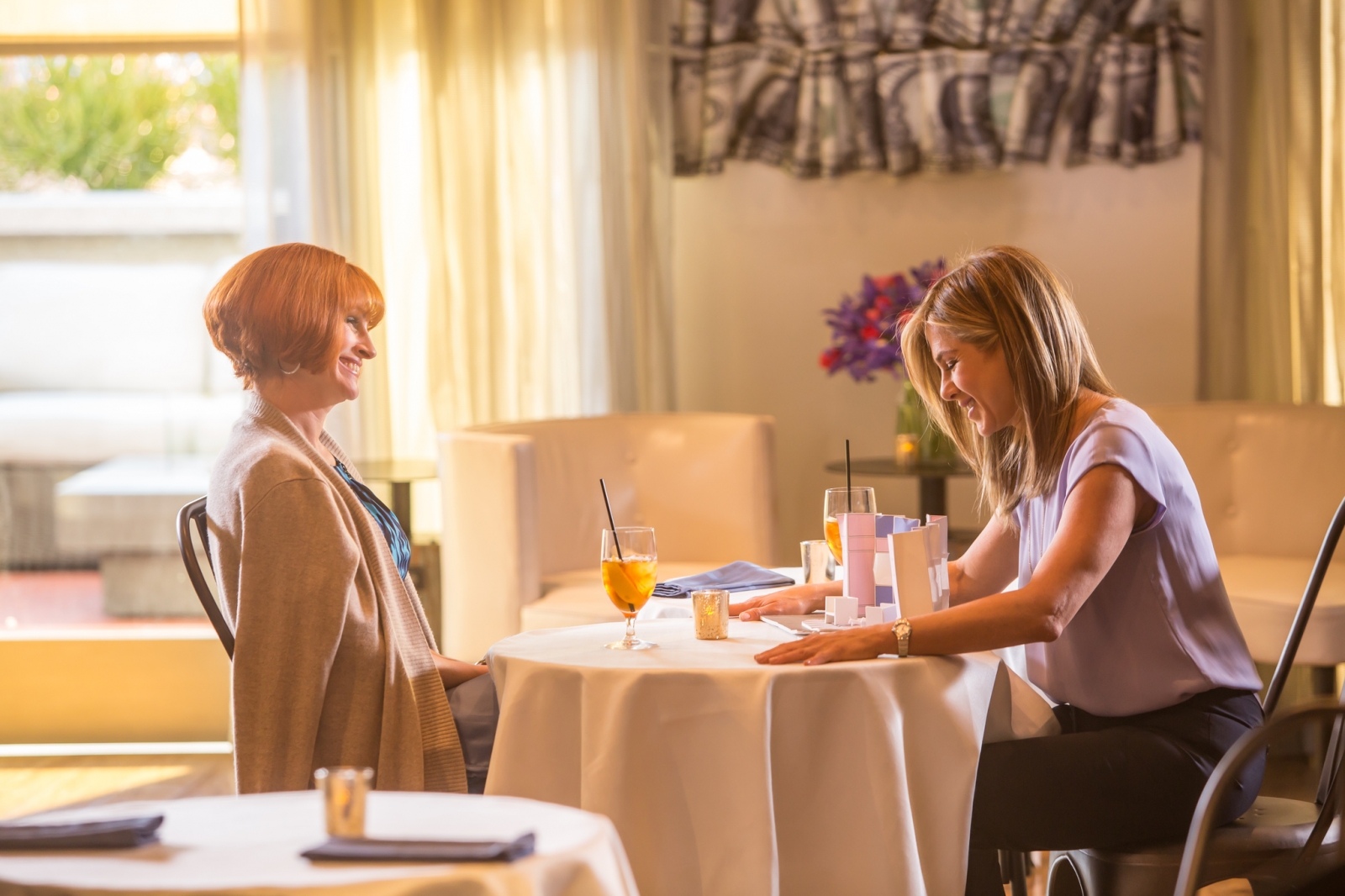 Hasn’t your mother done enough for you?

She did all she could to raise you right, and yet here you are, handling the one day a year dedicated to mom by dragging her to see “Mother’s Day,” the awful pseudo-romance directed by schlockmaster Garry Marshall. Oh, you thought that mom would be happy to be out of the house, did you? You had so little respect for your mother that you thought she can’t tell good from bad and funny from boring? I mean, you know how to look up movie reviews, right?

If you had, you might’ve heard about how “Mother’s Day” is a movie that does backflips trying to present home-shopping hosts as popular 21st-century celebrities, because failing TV network HSN paid big bucks to get a movie made where Julia Roberts was near their logo. You might’ve read that this is a movie that tries to push a story where a beautiful, confident, loving young mother (Britt Robertson) won’t get married because she’s adopted.

Does that make sense? No, of course not. Your mother knows what makes sense and what doesn’t, after all.

This is a movie where characters we are supposed to like, played by Kate Hudson and Sarah Chalke, can’t deal with their bigoted parents. So what do they do? Well, the one — who is married to a man of Indian descent and has a child with him — pretends to be single to her folks and tells her husband that they’re in a mental facility. The other — who is married to a woman — tells her parents that she’s engaged to a fictional man, thus shaming her poor wife.

So which characters did you want your poor mother to see, hmm? The children who lie to both their parents and their spouses, or the parents who are so ashamed of their own children? That’s no mother I know.

You could’ve done some research and found out what a terrible, boring, unfunny, insulting, lazy, cliche-ridden, pandering, condescending, groan-worthy waste of time “Mother’s Day” is, but you didn’t do that. You thought so little of your poor, long-suffering mother that you believe she’ll eat up any old piece of junk as long as it has some pretty people and some nice words about family in it. Well, your mother is a little better than that, thank you very much.

Maybe a nice dinner out next year. Or literally any other movie.

Okay, not any other movie: I don’t think most moms would particularly enjoy “Green Room,” the terrifying (but pretty awesome) horror flick from indie helmer Jeremy Saulnier. The brutally violent film follows a punk band living hand-to-mouth out of a tour van as they find themselves in a remote venue populated mostly by white supremacists; the crowd is unsavory to say the least, but they need the cash. Before they make it out the door, however, they make a shocking discovery backstage — one that the neo-Nazis running the place can’t allow to get to the police. “Green Room” is an anomaly among modern horror flicks; there’s nothing supernatural here, no ghosts or demons terrorizing an unsuspecting family. The terror is purely human — very bad people full of menace and fury, ready to do whatever is necessary to some kids who were in the wrong place at the wrong time. It is decidedly not for the faint of heart, but those who can handle it will likely love it; the performance by acclaimed thespian Patrick Stewart, as top bad guy Darcy, will make lists of top horror villains for a very long time. If you were weird in high school, this one’s for you.

The locally shot, crowdsourced short film “Gala,” which debuted at Row House Cinema in September, appeared at a number of prominent film festivals, including the SAG-AFTRA Foundation’s New York Short Film Showcase and the North Hollywood Cinefest. The short — an “Adaptation”-esque look at a writer and an actress in their late twenties waiting for life to get good — picked up a number of awards around the festival circuit. This week, the filmmakers returned to town for a pair of showings at local fests: the Indie Oaks Film Festival tomorrow night at the Oaks Theater and the Pittsburgh Uncut Film Festival, held this past Wednesday at the Parkway Theater in McKees Rocks. Head to Oakmont tomorrow to check “Gala” out, along with a bunch of other Pittsburgh-made shorts.

If the marketing campaign around “Keanu,” the new comedy from "Key and Peele" stars Keegan-Michael Key and Jordan Peele, seemed odd, rest assured: The lauded duo has made a top-notch comedy. You'd be forgiven for raising an eyebrow; the movie's poster depicted an adorable kitten dressed like 50 Cent, an image more reminiscent of a Facebook meme than a comedy classic. But the pair have crafted a simple comedy presence and treated every scene like a well-honed sketch, leading to an easy win. After a breakup, Rell (Peele) recovers by bonding with Keanu, a kitten who shows up on the doorstep one afternoon. The cat has a past, however; he was owned by a recently snuffed gangster, and rival gangs are after him. When little Keanu is catnapped, Rell and straight-laced friend Clarence (Key) need to infiltrate the notorious Blips (so bad that they drove out both the Bloods and the Crips) to reclaim the feline. There are moments of action-flick indulgence that tend to sneak into any comedy of this sort, and "Keanu" is probably a few scenes too long. But it's really, really funny, in an age when the average big-screen comedy is not.

The Montage: You may not have many reasons to visit the tiny town of North Vandergrift, but twice a year, the Riverside Drive In provides a great one. Drive-In Monster Rama consists of eight throwback scares spread out over two nights, running from dusk until the wee hours of the morning; the particularly dedicated can even camp out for the duration. Highlights include the 1990 version of “Night of the Living Dead” on Friday and a bevy of ’80s camp — “Monster Squad,” “Lost Boys,” etc. — on Saturday. Click here for info, and if you go, do not miss the buffalo chicken pizza at the concession stand … Two new releases I missed last week: “A Hologram for the King,” with Tom Hanks, plays out like a slightly more restrained “Lost in Translation.” It’s sometimes funny and more poignant than you’d suspect; I wouldn’t call it a must-see, but it’s certainly quite good. I could say the same for “Elvis & Nixon,” a fictionalization of a true story: See, this one time, Elvis Presley wandered up to the White House because he wanted to talk to Richard Nixon. Kevin Spacey plays the president and Michael Shannon plays the King; both do fine work, although the movie doesn’t have much drive outside of a general bemusement at the whole affair … Throw it back a half-century with Spirit of ’66 week at Row House Cinema, spotlighting four films that embody that moment in history. The globetrotting lineup: Godard’s “Masculin Féminin,” Antonioni’s “Blow Up,” the surf documentary “Endless Summer” and the Yakuza thriller “Tokyo Drifter.”