You Will Need to Use Your IQ to Make This Escape

Perhaps the most impressive aspects of IQ Escape in Ross Township are the stagecraft and setting. The rooms are elegant, convincing and immersive. 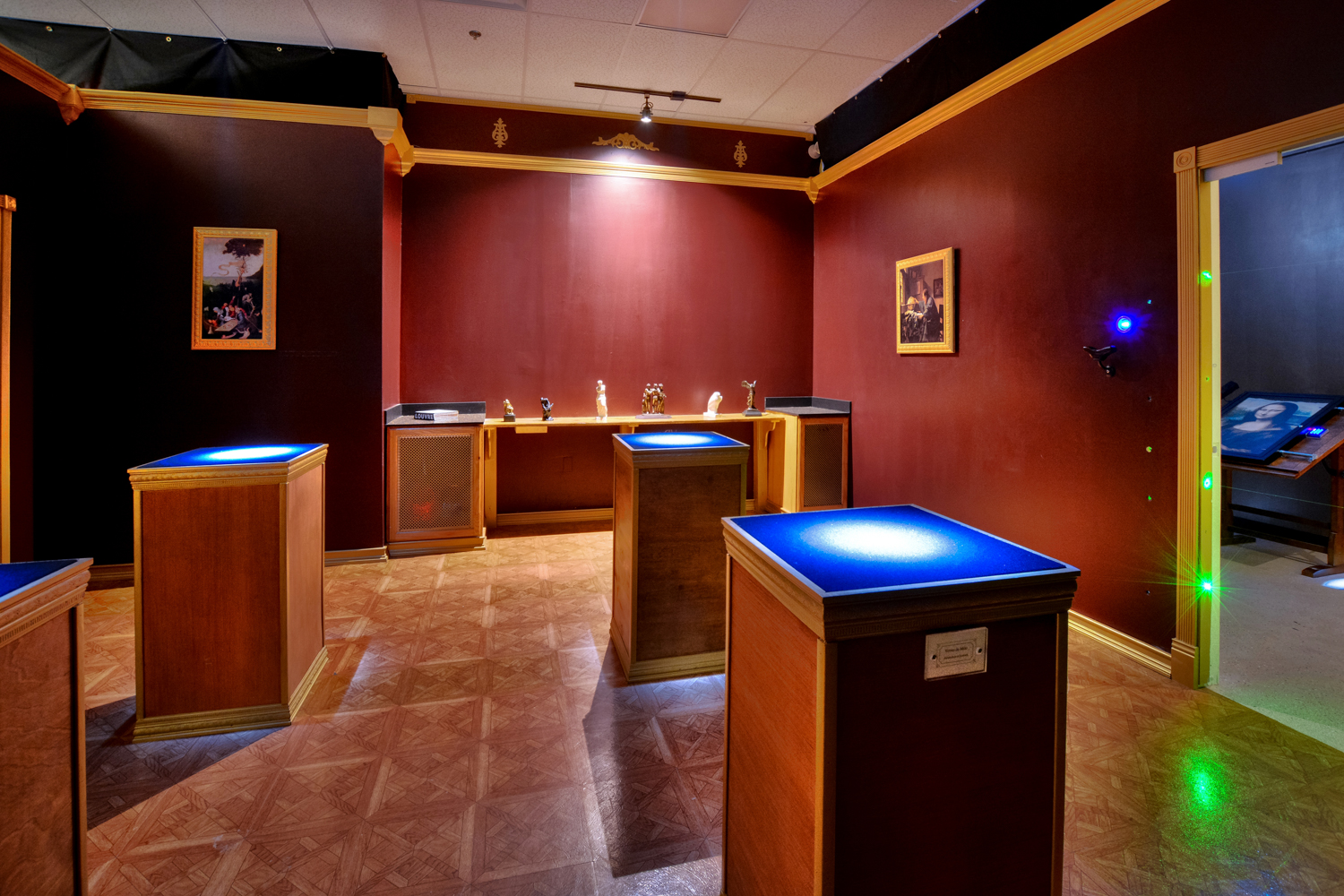 Recently, the Pittsburgh Magazine team took its annual summertime excursion, a tradition that has in the past sent us on Just Ducky aquatic tours and to see Pirates victories. This year, however, we were unable to turn our collective brains off for the occasion. We had mysteries to solve.

We traveled to IQ Escape, the McKnight Road brainteasing spot that hosts a pair of imaginative and challenging escape rooms. Based on the video game subgenre that asks players to discover hidden clues and items and solve puzzles to emerge from a confined location, real-world escape-room games challenge groups to unite and solve puzzles, unearth connections and employ some savvy amateur detective skills to complete a timed task.

I’ve previously covered Escape Room Pittsburgh for the magazine, and a number of other games have emerged in the area since (and I’ve heard off-the-record rumblings of some big additions to the escape-room scene coming in the near future).

At IQ Escape, you’ll be able to choose from one of two scenarios. In “Contagion,” your party — up to 10 participants, though you may be paired with other groups if you have fewer than that number — is a group of scientists tasked with developing the cure to a deadly disease which is decimating the world’s population. You’ll have an hour to devise the correct formula, lest the rest of humanity (including your humble crew) be wiped out. In “Stealing Mona,” you and your friends are an elite team of thieves breaking into the Louvre to pilfer Da Vinci’s most famous painting. Your underworld bosses have provided the tools, but promise penalties if you fail to complete your task.

The PM staff split in half; my group was assigned to “Stealing Mona.” (Spoiler: we beat the other team on both time and points. Which should come as no surprise, should it, other team?) (Addendum: I have been informed that both my team and the other team were told we won on time, although no one disputes that my team won on points. The takeaway should be that my team was definitely better no matter what Hal B. Klein says.) I don’t want to spoil the twists and turns — and certainly not the puzzles — that fill the hour we spent infiltrating the world’s most famous museum, but I can say that the tasks at hand make up an impressive variety of challenges. Logic, math, exploration, interpretation, investigation — no two small challenges at IQ Escape are alike, and you’ll need a variety of players with a range of skills to make it to the finish line within 60 minutes.

That’s not to say that those unfamiliar with games such as these, or otherwise apprehensive about their puzzle-solving ability, should shy away from trying a game. There are structures in place to give hints and guidance; too many requests for a clue might negatively impact your final score but will also bring you closer to victory.

Perhaps the most impressive aspects of IQ Escape are the stagecraft and setting. The rooms are elegant, convincing and immersive; it’s no spoiler to say that “Stealing Mona” begins in a Parisian alley, and the atmosphere completely erased any knowledge that I was standing in a North Hills shopping complex. The level of automation at IQ Escape is also unlike that of rooms I’ve encountered previously; in more low-tech outfits, you may be left tugging at the corners of fixtures or furniture, wondering if a secret is hidden within. Here, when you complete a task, doors whirr open and lighting shifts dramatically while a music cue ushers you on to the next dilemma; when you make progress in “Stealing Mona,” you know you’ve done something right.

Facilities for parties and office groups make it easy to make a day or night out of it at IQ Escape; plan a party around an excursion and it’ll be a memorable one. Don’t wait for an occasion, though; get a game group together and put your minds to an unconventional outing. It’s easy to get swept up in the adventure.