You Should Know: Jimmy Hoyson

After winning six Grammy Awards as a record engineer working in Los Angeles, Jimmy Hoyson has been spending more time in his home city working with Pittsburgh bands. 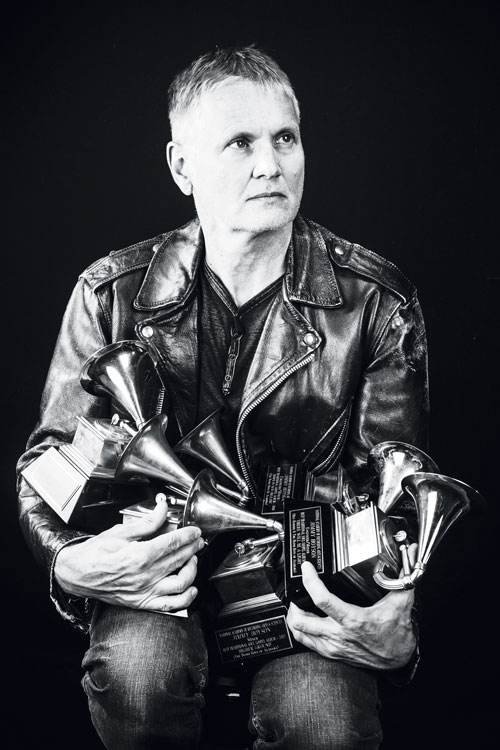 When Jimmy Hoyson graduated from the University of Pittsburgh in 1984, he moved to Los Angeles with no money, his guitar and the clothes on his back to pursue his dream of working in the music industry. For Hoyson, the gamble paid off: The record mixer, engineer and producer has six Grammy Awards to his name and has worked with artists including Iggy Pop and Lou Reed.

Hoyson, 57, fostered an interest in music from a young age. He took piano and guitar lessons while growing up in Green Tree, but he never aspired to be a professional musician — for him, the allure of the music industry lay behind the scenes. “I think everyone wants to grow up to be a rock star, but I didn’t really. I guess I was too shy,” he says. “I never really got into that ‘being in a band’ thing.”

​Hoyson continued to develop his interest in music by working at the Hollowood Music & Sound store in McKees Rocks. That led to gigs doing live sound mixing for local bands until Hoyson realized he had outgrown Pittsburgh’s music industry — if he wanted to succeed in the business, he would have to move to Los Angeles. On the West Coast, Hoyson secured a low-level job at The Village, a well-known recording studio, and worked his way up from getting coffee for artists to working in the studio himself.

Now, Hoyson — who also has extensive film- and television-score experience — is trying to split his time between the East and West coasts so that he can spend more time with his extended family, most of whom still live in Pittsburgh. In Pittsburgh, Hoyson has worked with local bands the Granati Brothers and Misaligned Mind; earlier this year, both bands released albums produced, recorded and mixed by Hoyson.

​Hoyson numbers Misaligned Mind’s eponymous album as one of his favorites, largely due to the talent of guitarist Zack Wiesinger.

For Hoyson, the reward is in the music.

“When you hear those iconic voices coming through the speakers when you’re working, you kind of just have to pinch yourself,” Hoyson says. “But I’ve had fun working with new artists, with unknown artists as well. Because I just love what I do.” 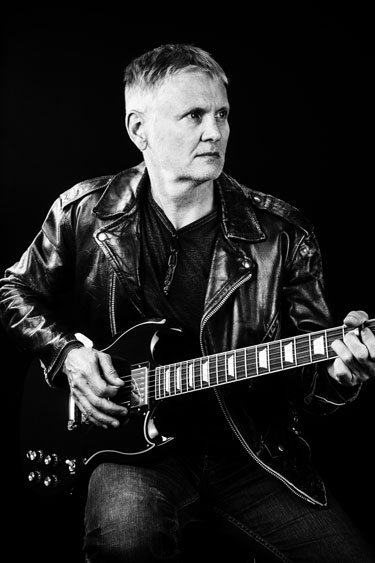 What does your job entail?
I produce, I record and I mix, and sometimes I do all three of those. When I produce I usually record and mix — I do it all — but then other times I’m just hired as an engineer … More and more in the last 10 years or so I’ve been producing. I really like to produce, because that’s like being the director in a film: You really have more creative involvement over the project. You oversee the budget, you decide what approach to take, you choose the songs, you look at arrangements, you put bands together for people. You just generally guide them creatively in the studio.

Now that you’ve worked with world-famous artists in Los Angeles, is it different working with small artists in Pittsburgh?
If you’re in the studio, there’s definitely a different dynamic, but essentially you’re going about the same process and you have the same goals. You know you’re hoping to make a good product, to be creative and play good music and play good songs and just do your best in the studio. So no matter who you’re working with — [someone] super famous or a local musician — it’s kind of the same enjoyable process. And then as a producer, as I work with more unknown, up-and-coming artists, there’s a great joy in developing their talent, helping them realize and define themselves as musicians … It’s a fun process to work with musicians and help them [to] discover their own artistry, so to speak. I enjoy that, getting the most out of performers.

How do you balance working on both coasts?
I’ve actually really liked being here, so I’m trying to figure out how to be bicoastal and go back and forth. … Part of this is the mystery of how I balance spending more and more time in Pittsburgh and how I keep my career going in L.A. But I am looking for work here, for artists to work with, and, like I said, that one artist, Zack Wiesinger, is an incredible talent. He’s one of the most talented guitar players I’ve ever worked with, and here he is in Pittsburgh, an unknown. So you never know where talented people come from and where the next big thing is coming from.

This article appears in the June 2016 issue of Pittsburgh Magazine.
Categories: Arts & Entertainment