You Should Know: Jackie Evancho

This 13-year-old with four albums, national tours and television and film appearances on her resume has a big future — and a big heart. 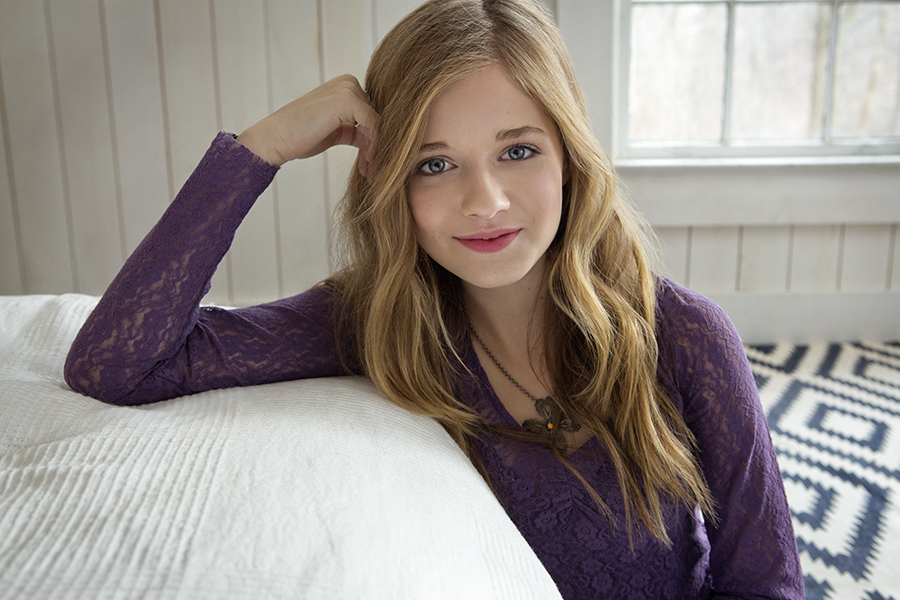 When Richland Township native Jackie Evancho competed in her first singing competition in 2008, she was 8 years old. Her parents, Michael and Lisa Evancho, hadn’t yet recognized her singular talent — a mature soprano voice capable of interpreting both show tunes and arias with the apparent ease of a Broadway star.

But Evancho’s performance in that first contest led to success in larger competitions and eventually a record deal. Since then, she has been the youngest artist to debut on Billboard’s Top 10, competed on “America’s Got Talent” and become the youngest-ever solo artist to produce a platinum album.

Evancho also has worked in modeling and film — in 2012, she played Robert Redford’s daughter in “The Company You Keep” after he heard her sing on television and asked her to audition. This year she will release her fifth album, which will include a song Evancho wrote. Most of all, she says she’s enjoying being a teenager and spending time with her many pets: four dogs, fish and a frog.

You’ve been on TV, performed for the president and toured all over the world. Is it hard to feel like a regular teenager?
Actually no. I think that it doesn’t matter if I travel all over the place. I’ll always be a normal teenager on the inside. It always depends on how you act yourself, not what happens to you. That’s my view of it all.

Does it ever overwhelm you to have accomplished so much at such a young age?
It never really does overwhelm me, but I am thankful for everything I have. I try not to let it overwhelm me because that’s when you start thinking highly of yourself and you start turning into a diva, and that’s the last thing I want to be.

Tell us about the foundations you work with.
I’m an ambassador for the Humane Society, and we work to try to help seals and to stop [seal] clubbing. I love seals, and I think it’s really sad that not just seals but animals all over the place are becoming extinct because people just don’t care anymore. It’s something I’m really passionate about.

What has been the best part of your career so far?
Just being able to share my gift with everyone. That’s really all I want, to be able to change the world with my voice.

Where does that impulse come from?
My family always says I have a golden heart [laughs].

Do you think it’s important for people in the public eye to want to change the world?
Of course. Those people who are in the limelight can afford to do stuff like this . . . They can get the word out and spread the cause.

How has your family [Jackie has two brothers and a sister] responded to your fame?
My family still treats me like they did when I was 7 or 6. They still treat me like the normal Jackie, and they’re just really supportive and nice and I love them very much.

So you still have to do chores at home?
Yeah, I do. I actually like chores sometimes. I always like to have my hands doing something.

A lot of people may be surprised to realize you have no formal training.
I work really hard at my craft, and we check in with the world’s best coaches and doctors just to make sure my voice is in tiptop shape. Just because I don’t take lessons every week doesn’t mean I don’t work at it.

What else surprises people about you?
I love archery, and I’m pretty good, even though I haven’t had any lessons.

What’s your favorite place you’ve visited?
I loved going to Tokyo, Japan, but the No. 1 place will always be Pittsburgh.

What do you love about your hometown?
A lot of places don’t have seasons — it’s always really cold all the time or really warm all the time. In Pittsburgh, you get cold in the winter, warmth in spring and summer and slightly chilly in the fall. You get the best of both worlds. And people here in western Pennsylvania are really nice, and they treat me like family and that’s something that I love.

Where do you see yourself in 10 years?
I just see myself singing, and singing for a good reason and trying to help the world.

This article appears in the April 2014 issue of Pittsburgh Magazine.
Categories: Arts & Entertainment