You Now Can Purchase Wine at a Pennsylvania Grocery Store

The Giant Eagle Market District in Robinson becomes the first store in the state to offer direct-to-consumer wine sales. 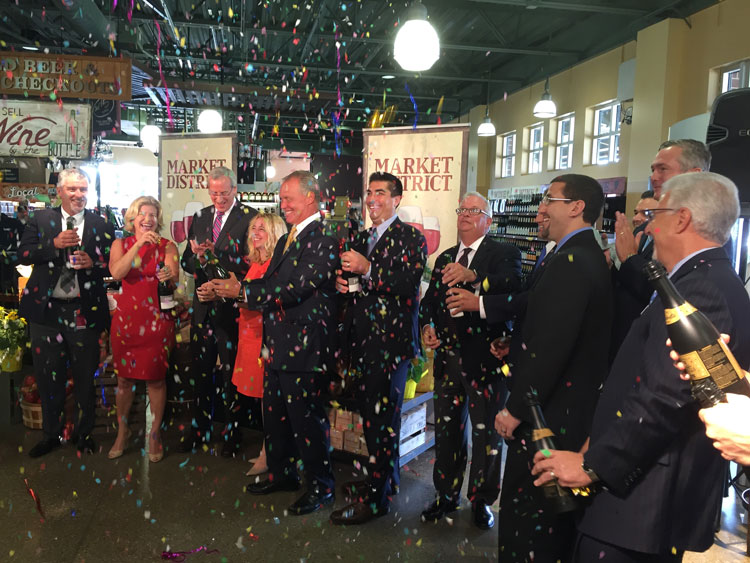 Get your shopping cart rolling: Consumers now can legally purchase wine at grocery stores in the Commonwealth of Pennsylvania.

Today, Pittsburgh-based Giant Eagle became the first grocer in the state to take advantage of the changes enacted by the sweeping liquor-reform measure Act 39, which was signed by Gov. Tom Wolf in early June.

“I bet I’m not the only one here who thought this day would never come. This is a historic moment, and I’m absolutely delighted to be part of it,” said Giant Eagle CEO Laura Karet at a press conference this morning at the Market District in Robinson Twp.

That store is first location in the state that isn’t a state-run Fine Wines and Good Spirits store to offer general-purchase wine sales. It currently is the only branch of the chain to do so, though that is expected to change over the next few weeks.

“We’ve been talking about moving Pennsylvania into the 21st century with respect to the sale of wine and spirits, and this is a significant move toward a private sector model here in the Commonwealth of Pennsylvania with the sale of wine at Giant Eagle,” said House Speaker Mike Turzai at the press conference.

“I’ve heard about this from my constituents for a long time. They didn’t care about any of the political issues, they just wanted convenience,” said Rep. Dan B. Frankel. “This is an example of what can be done when we collaborate and put politics aside.” 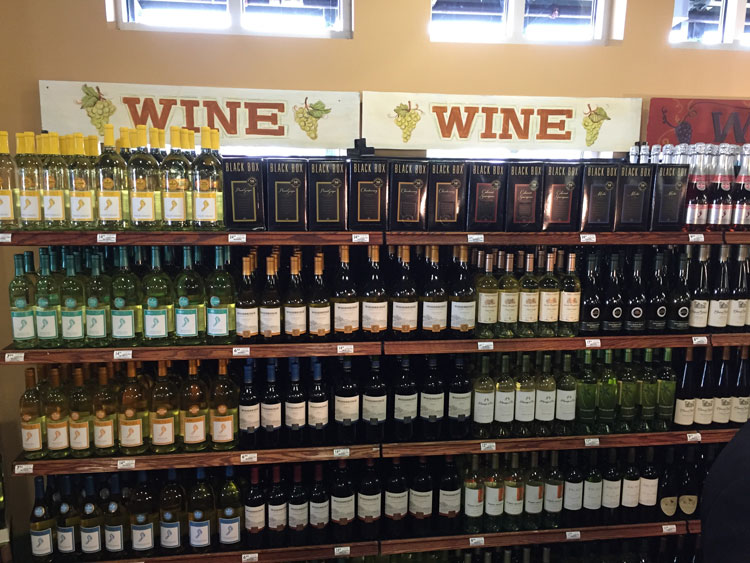 “We took our best sellers from our stores in Ohio and some of the bestselling wines in this state to bring together an offering that will meet the needs of any consumer that’s looking for something,” says Brian McDole, senior director of beer, wine and liquor for Giant Eagle.

The Robinson store’s stock gradually will expand to 450 labels, and other stores will have a wide selection too, depending on the amount of space available. “We want to have something for everybody,” McDole says.