You Can Explore Pittsburgh’s Underground Railroad with New Tour

The event from DOORS OPEN Pittsburgh gives people an inside look at the role Pittsburgh played in helping escaped slaves find freedom. 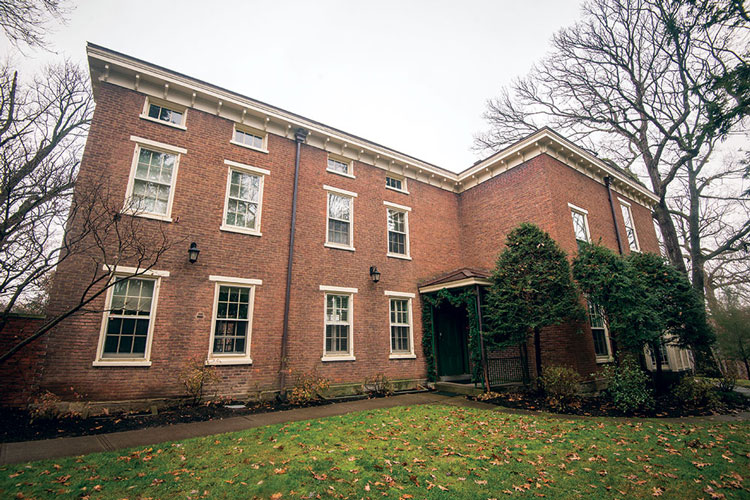 Known for its annual tour of Pittsburgh homes and businesses full of rich history, DOORS OPEN Pittsburgh is hosting a specialty tour on Saturday, Feb. 29, that will give people an inside look at the role Pittsburgh played in helping escaped slaves find liberation.

The Freedom Seekers: Underground Railroad tour, which is already sold out with plans to host another next year, takes attendees through safe houses used in Pittsburgh for the flight to freedom.

The tour kicks off at Market Square and features visits to the Original Oyster House, The Morning Glory Inn on the South Side and Chatham Hall, the family home of Thomas J. Bigham, an abolitionist and member of the Western Pennsylvania Anti-Slavery Society. His home, once known as the Bigham House, is believed to have been a station in the Underground Railroad.

Also on the tour is Downtown’s Dollar Bank, where African American community members opened savings accounts between 1855 and the 1920s. The stop will include a display of handwritten ledgers with signatures from African American account holders and employees of the Monongahela House, a grand former hotel that doubled as a safe house.

Baxter expects the tour, similar to her regular tour, to attract a mix of Pittsburghers with a knowledge of their city’s history as well as those who have the sole purpose of learning more about history.

“Even the annual event, people come in not knowing a darn thing about the buildings they’re stepping into because they want to learn, but then there are people who actually do know a little bit because they engage with our volunteers, like ‘Hey, did you know this?’ and then we take notes so we can retell those stories,” says Baxter.

The tour is sold out for this year, but Baxter expects to hold another Underground Railroad tour next February.

“I’m hoping that people walk away from it with an education and more of an understanding and appreciation for what the enslaved blacks had to go through as they sought their freedom,” she says.

Baxter adds there is at least one OPEN DOORS tour each month for the rest of the year, including Rocking the ‘Burgh: The Pittsburgh Music Scene on March 21, a federal courthouse tour in May and a cemetery tour in September.