Pittsburgh Ballet Theatre, the Westmoreland Ballet Co. and the Bodiography Center for Movement are planning special pandemic versions of the holiday classic. 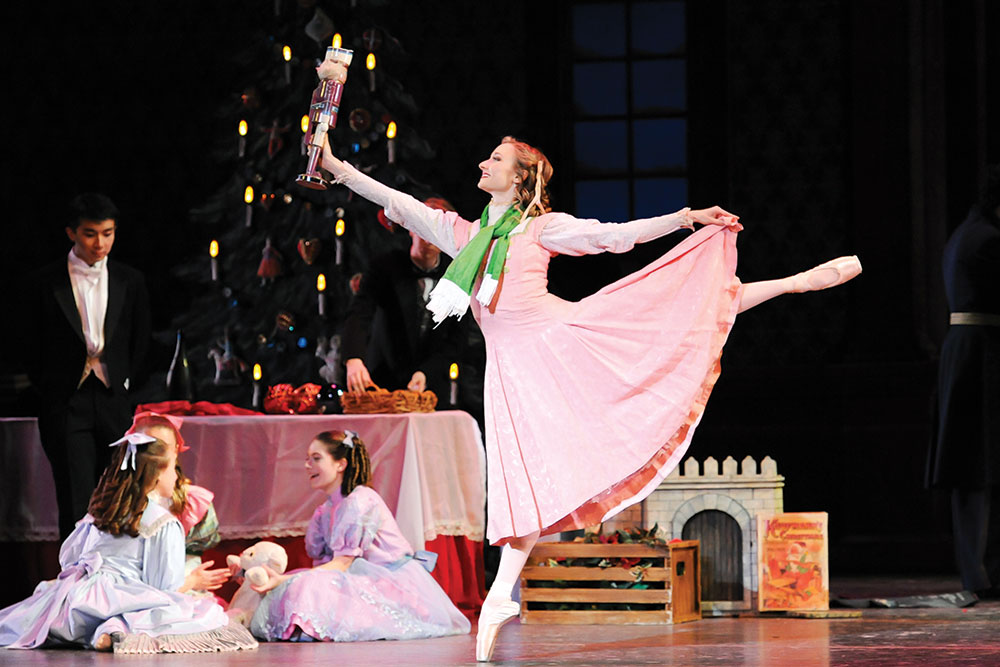 Visions of sugarplums and masked mice have cavorted in the heads of ballet company directors nationwide as COVID-19 pandemic precautions continue to upend traditional productions of “The Nutcracker.”

Jaffe and her furniture arrived here in July, just as PBT’s 24-performance December run at the Benedum Center teetered on cancellation. “We wanted to ensure that the community has a ‘Nutcracker’ experience this year,” says the former University of North Carolina School of the Arts dean, who leaped into developing “something different and richer than a frontal film” showcasing her 30-member troupe. “‘Nutcracker’ is one of the most important ballets in the country. It introduces people to ballet, provides opportunities for dancers — it’s a feel-good ballet — and on top of that, it provides the most financial gain.” Over the four most recent seasons, PBT’s “Nutcrackers” have averaged more than $1.6 million in ticket sales.

“The audience won’t see what went on behind the scenes,” says Jaffe, noting rehearsals and filming were COVID-compliant. In-studio, each dancer observed a 12-foot space limit and air-exchange breaks were inserted between rehearsals while everyone (including Jaffe) cleaned barres and floors. Dancers in off-stage relationships assumed partnering roles and ensembles were enhanced via camera and editing magic (including an overhead shot of swirling, masked snowflakes).

In October, while the Hartwood mansion framed PBT’s filming of the Stahlbaum’s elegant Christmas Eve bash and the Pittsburgh Playhouse morphed into “The Land of Enchantment,” the Westmoreland Ballet Company embarked on a site-specific odyssey through Westmoreland County, focusing on landmarks, shops, eateries and storefronts in Irwin, Greensburg, Ligonier and Latrobe — among them, Fort Ligonier, The Westmoreland Museum of American Art and the Palace Theater. 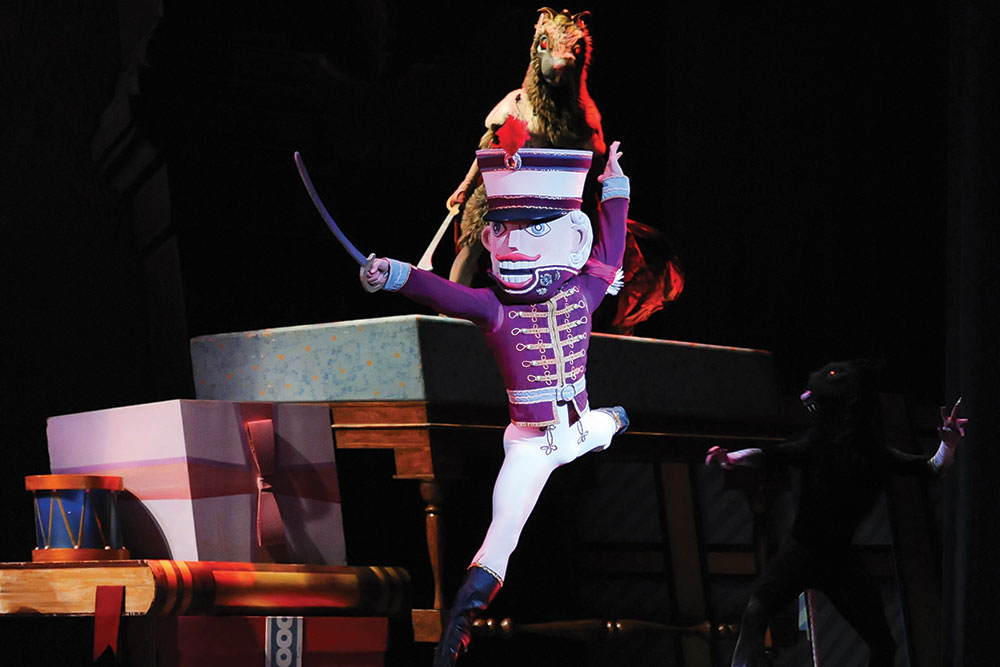 Tubbs initially envisioned live performances for her fledgling troupe’s first foray into “The Nutcracker,” but by late July, a 90-minute film, inspired by her desire to give back to the community that generously supports the arts, was on the drawing board. The director/choreographer invited guest artists, Seton Hill University dance majors, area dance students and community personages into the mix. “All the dances are performed onsite and all the choreography is specifically for these dancers, in these spaces,” emphasizes Tubbs, who has plenty of previous “Nutcracker” experience, but none with film. “I learned that the expertise of the qualified people around me is invaluable,” she says.

Prior to mask-less filming, standard COVID protocols were de rigueur in-studio and guest artists underwent testing. A snowflake who developed flu symptoms was shoveled from the Snow Scene; consequently, rehearsals and classes went virtual. “With COVID restrictions and time constraints, it’s like working in a pressure cooker,” Tubbs admits.

Time limitations will also impose challenges at Bodiography as the Center prepares to host 10, live, in-studio and Zoom-accessible performances, Dec. 11-13. “What took five hours to accomplish, now takes 50,” says Caruso, founding director. “The virus will dictate what happens onstage,” she says. Only the student company and a guest from Bodiography Contemporary Ballet are performing. Consequently, the Nutcracker Prince, Drosselmeyer, Mother Ginger and the Cavalier are absent from this production. The virus also determines audience size and time allotments for the post-performance disinfecting regimen between shows. “We are following the same strict protocols as with our spring concert. We found great success while everyone else was shut down.”

The 50-minute classical and contemporary dance production, retooled by choreographer Kirstie Corso, student company director, includes an abbreviated Act One and concentrates on the dream storyline. Inconsistencies in Marius Petipa’s 1892 libretto, based on an adaptation of E.T.A. Hoffmann’s “The Nutcracker and the Mouse King” (1816), invite reinterpretations and modernizations. Hence, in this reworking the protagonist has two mothers and must save herself from swarming rats.

While “Nutcracker” is financially lucrative for ballet companies, the Center’s performances are free. “Our doors are open, circumstances are not ideal, this is not cost-effective — but it is important to the human psyche. The world needs art more than ever,” says Caruso. The takeaway goal from this performance is “Hope.”

This article appears in the November 2020 issue of Pittsburgh Magazine.
Categories: Arts & Entertainment, From the Magazine, Hot Reads