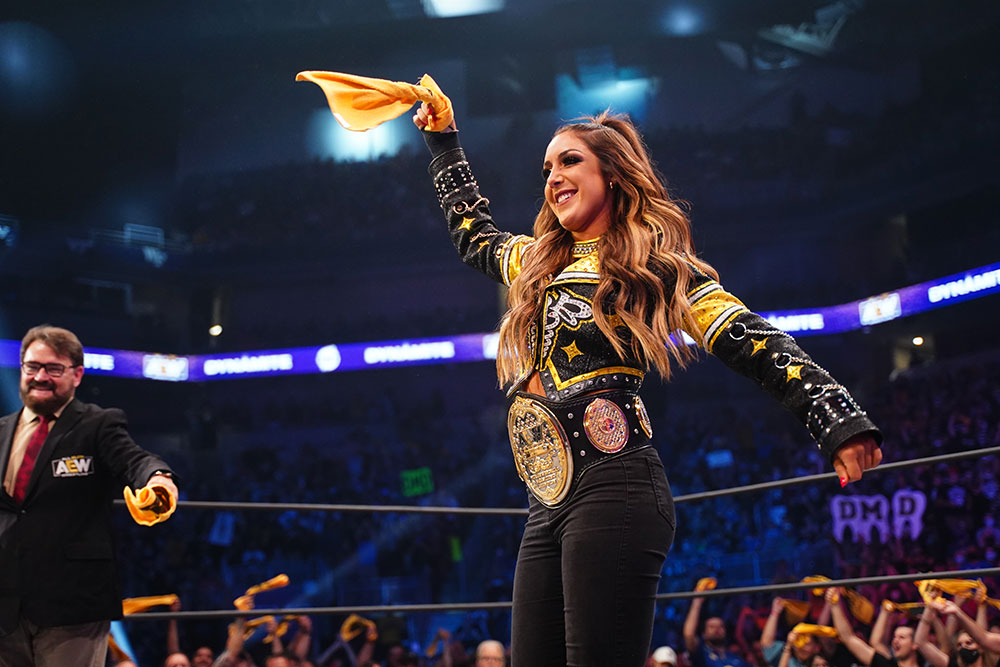 Pictures of Britt Baker have been easy to find lately. For weeks, the face of the pro wrestler and University of Pittsburgh School of Dental Medicine grad has adorned billboards throughout the region, advertising tonight’s All Elite Wrestling broadcast from the Petersen Events Center.

Many more photos of Baker were taken last night, as the grappler offered fans a chance at a selfie for a low fee: a container of baby formula.

Baker and AEW partnered with Free Store 15104 — the nonprofit founded in Braddock by Gisele Fetterman — to trade formula for photo ops, helping to address an ongoing shortage of formula amid worldwide supply chain issues.

“We have an awesome community outreach program,” Baker says, noting that she jumped at the opportunity. “How cool is it to take part in a baby-formula drive — in Pittsburgh?” Health-care causes and the Steel City, she says, are “two things that are very near and dear to my heart.” 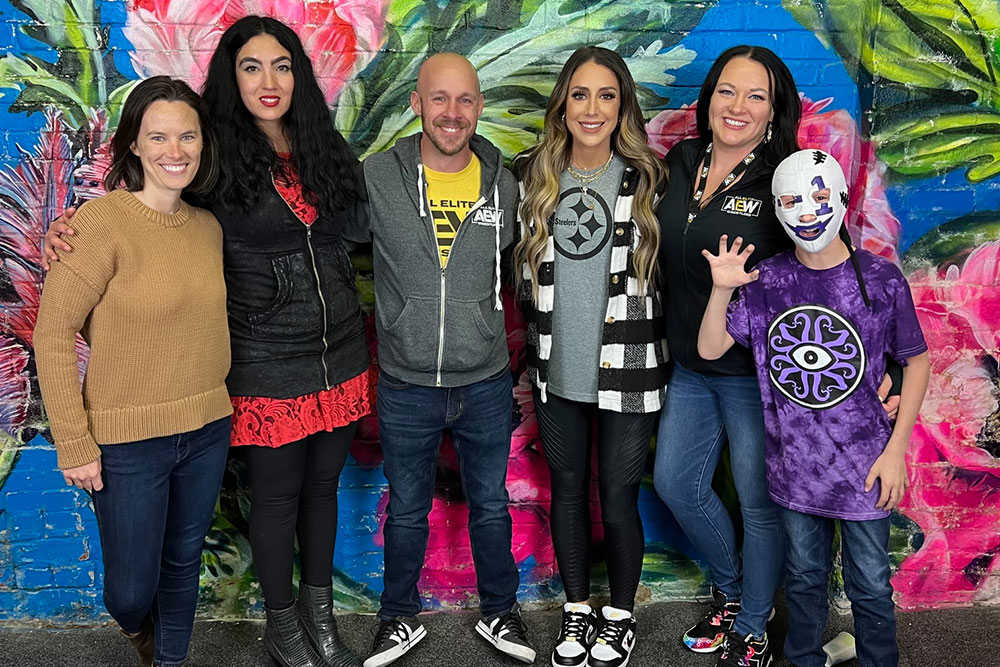 Baker, who trained locally before joining AEW as an inaugural member of its roster in 2019, tonight will make her third hometown appearance with the brand. In August, as part of the first-ever broadcast of AEW’s Friday-night program “Rampage,” she successfully defended her Women’s Championship against Red Velvet. (That appearance is pictured above.)

“It was just so surreal,” Baker says. “To be a part of the first-ever Rampage, to have it in Pittsburgh … I could not have been any more thankful for the reaction from the fans that night.”

After a 290-day reign, Baker is returning without the title; she lost the championship to competitor Thunder Rosa in a steel-cage match last month. While she’s eager to reclaim the gold, she’s unfazed at competing without it.

Tonight, she’ll take on Danielle Kamela, a relative newcomer to AEW, with the winner qualifying for a spot in the Owen Hart Cup tournament. It’s the inaugural competition named for the late wrestler, who in 1999 died in an in-ring accident; the tournament also has a charitable side, as AEW has partnered with the Owen Hart Foundation, a nonprofit offering scholarships and low-income housing assistance in Hart’s native Calgary. “It’s an honor to be able to wrestle for a spot in the tournament,” Baker says.

If AEW’s past appearances are any indication, it’s sure to be a raucous hometown welcome for Baker; in August, she was greeted by a sea of custom black-and-gold rally towels bearing her “Brittsburgh” slogan.

Local fans will be happy to learn that she was equally decked out in the hometown colors in January, when AEW made its debut in Cleveland. While some wrestlers like to cater to every city, she says, “I am Pittsburgh, tried and true. It’s really fun to poke the bear in Cleveland — especially when we beat them this year.”

She saved a special mention, one Baker to another, for Cleveland Browns’ Baker Mayfield, stating she had to pick on the quarterback “who has my name. I don’t have his.”