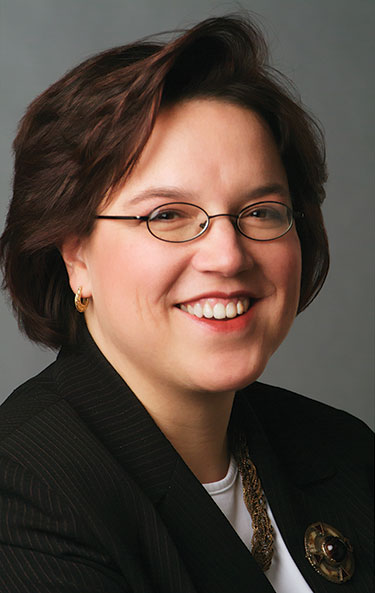 WQED President and CEO Deborah L. Acklin is stepping down today after 12 years, citing the need to focus on medical treatments following a diagnosis of non-smoker’s lung cancer.

“Deborah Acklin has led WQED through some tough years, including historic financial constraints and a pandemic,” said Mildred S. Myers, co-chair of WQED’s board of directors, in a statement. “Through it all, she has steadily guided WQED’s clear commitment to local community service and excellence. Deb’s shoes will be hard to fill, but her legacy of nationally recognized achievements will help us attract top-notch candidates.”

In a statement, Acklin said: “Leading WQED — my hometown PBS and classical music station — has been a singular professional honor. Growing up, these were almost the only channels we watched and listened to. Day one on the job, I met Fred Rogers, and it all instantly crystallized for me. I hope I’ve been a worthy student of his life’s example. Thank you, Pittsburgh!”

Lilli Mosco, chief revenue officer, and Mike Waruszewski, chief financial officer, will lead the nonprofit multimedia company as interim co-chief operating officers while the organization conducts a national search for its next president and CEO.

Acklin was the first woman to serve in this role, taking the position after the retirement of George Miles in 2010. The board, which announced her departure at its annual board meeting Thursday, said among her achievements was pulling WQED out of “crippling debt and functional bankruptcy” to operate on more stable footing.

Staff tried to maintain quality programming as the organization experienced a financial roller coaster through the years, prompting some restructuring. Among these, in 2014, WQED Multimedia made trims to its weekly broadcasts on its 24/7 classical music public radio station. Later in 2015, it cited the need to eliminate up to 17 jobs and impose pay cuts in further restructuring.

Then two years later, WQED reaped $9.9 million from the sale of its broadcast frequency in the FCC broadcast spectrum auction. It was enough to completely retire its long-term debt.

“Whether managing operations and strategy implementation or raising funds, Deb never lost sight of WQED’s fundamental role as a community resource and educator,” added Co-Chair Jonathan Rosenson, who with Myers will provide counsel during the transition.

The WQED statement said her “tenure is also marked with unprecedented professional awards recognition for producing meaningful content at the local, national and international levels, as well as building and nurturing a nationally recognized education department.”