Harpsichordist and conductor Jory Vinikour will perform for the spring 2018 Con Spirito concert on March 26. 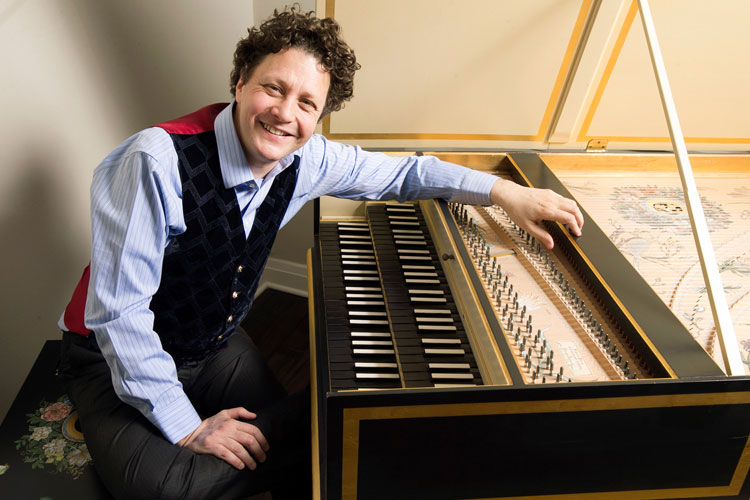 Answer: The Con Spirito Chamber Music Concert Series, which has been hosting world-renown performers at Thiel College – located just 90 minutes from Downtown –  for more than a decade.

Many well-known performers have discovered they belong at the renowned, small liberal arts school when they perform at the Con Spirito Music Concert Series. Each performance of the series is always free and open to the public.

Vinikour will perform for the spring 2018 Con Spirito concert at 7 p.m. March 26.

Vinikour is recognized as one of the most outstanding harpsichordists of his generation. He was born in Chicago and came to Paris on a Fulbright Scholarship to study with Huguette Dreyfus and Kenneth Gilbert. His career takes him to the world’s most important festivals, concert halls, and opera houses all over the world, and now … to Thiel College.

Con Spirito is just one of the offerings at Thiel that connects the college to the regional arts community. The Weyers-Sampson Art Gallery hosts about four exhibits annually. The exhibits and gallery talks include the works of regional and national artists as well as pieces from Thiel College’s private collection.