Gwen Lewis is Co-President of the Ron Lewis Automotive Group. 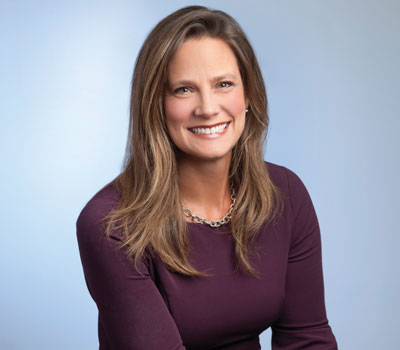 Gwen Lewis joined the family business in 2000 and has had a profound impact. She founded the online operations for the Ron Lewis Automotive Group, which has grown to comprise the majority of the family-owned and operated car dealership group’s business.

As co-president, Lewis works with the executive management team and also runs marketing and group branding. In 2013, she launched the Souped Up Jeep and Souped Up Truck customization services and opened the Souped Up Garage online where customers can conceptualize their own designs.

Towards the end of that same year, the dealership group re-branded all of the stores under the “Ron Lewis” name, and Lewis coined and trademarked their well-known tagline “We Have Your KeysSM”.

“As a communications strategist by trade, I loved the challenge and I’m pleased that we are now positioned to compete as the large dealership group that we are,” Lewis says.

Lewis describes herself as creative, intense, dedicated, honest and as a “Mama Bear” to her three children. “Ok, I’m slightly competitive, too,” she says with a laugh.

“At the end of the day, I want to provide a good role model for my three children.  I want them to be proud of their Mom and the work we do in our family business.”

Outside of the office, Lewis was a Gold and Bronze Medalist at the Masters Nationals Rowing Championships in 2016 and 2017, the Events and Learning Chair on the Entrepreneurs Organization Pittsburgh Board of Directors in 2013 and 2014 and is Vice President and Founding Officer of Three Rivers Alfisti, Alfa Romeo Owners Club.

She encourages other women in business to create opportunities for themselves, surround themselves with good people, stand up for what they believe in and lead by example.

“I am happy to provide connections, career insights, and support for young women who are trying to get from A to B,” she says. “I truly enjoy helping to open any doors I can.”

This article appears in the October 2017 issue of Pittsburgh Magazine.
Categories: Women & Business