Susan Snell Delaney is Co-Founder and Vice President of the Delaney Automotive Group. 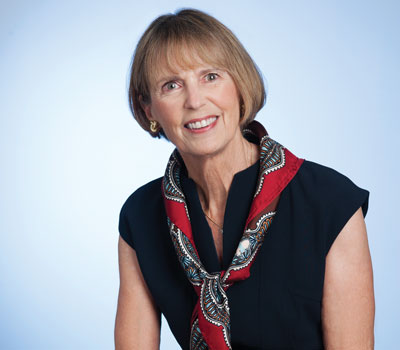 Susan Snell Delaney and her husband, Jack, opened Delaney Chevrolet in Indiana, Pa. in 1971. Delaney, who graduated from Indiana University of Pennsylvania with a degree in home economics education, worked as a teacher for six years to help finance the purchase of the business.

“When Jack and I started out, we sat in a restaurant and wrote down on a napkin what we thought it would cost us to do this,” says Delaney, 74. “We laugh about it now. We don’t know why we thought we could do it, but we did.”

The dealership was successful from the start and has since grown to include two dealerships – Delaney Automotive Group in Indiana and Star Auto Mall in Greensburg – and eight franchises. Delaney is vice president of Delaney Automotive Group, while her son Jack is president. Son Tom is president of the Greensburg dealership, and her husband remains active in the business. Daughter Beth may also join the business in the future.

Says Delaney, “I’ve changed roles over the years, so I’ve learned a lot. I’m sort of a troubleshooter. I help out wherever I’m needed.”

One of the biggest industry changes Delaney has witnessed is the increased use of technology. While keeping up with these advances can be difficult, Delaney says she enjoys the challenge.

“There’s a lot more technology, it’s much more computer-driven…I’m of a generation where we didn’t have that, but I love learning it,” she says. “Everything is done online. We now even have a program where you can purchase a car without ever coming in the store. We’ll even deliver the car.”

Delaney, who was named the Civic Leader of the Year by the Inter-Service Club Council and who received the President’s Medal of Distinction for Professional Achievement from IUP, tells aspiring business owners to “persevere and don’t be afraid to take a risk.”

“If you have an idea, you need to believe in yourself and try to move forward with it and not give up too easily…If you put a lot of yourself into it, you’ll receive the same in return.”

This article appears in the July 2017 issue of Pittsburgh Magazine.
Categories: Women & Business