Cooper Munroe is Founder and CEO of The Motherhood Inc. 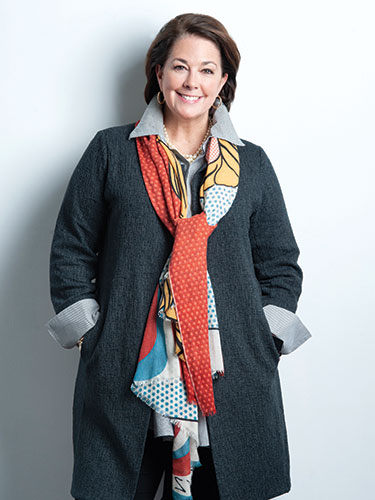 After stints working in public relations agencies in New York and Washington, D.C., Cooper Munroe came back to her hometown, Pittsburgh, in the early 2000s.

She started a blog at a time when not many women were blogging, and sharing your life on a public platform was not the mainstay it is today. “It was new and courageous to a certain degree,” Munroe says.

When Hurricane Katrina hit in 2005, she wrote a blog post asking her readers to contribute what they had to help the victims — the post went viral and showed Munroe the capability of the medium to do good.

“I realized that social media in its best form is a way of communicating and connecting,” she says. “It was really a neighborhood.” As many of the users she was connecting with were mothers with children, she decided to call her online platform The Motherhood.

In 2008, she was hired by a major brand to help promote the 30th anniversary of one of its products. She suggested they use bloggers, an innovation at the time. “It worked out beautifully,” Munroe says, and The Motherhood as a company was born.

Today, The Motherhood is a social media marketing agency that works with agencies, organizations, nonprofits and influencers to promote products on platforms such as Instagram, Twitter, Facebook, Pinterest and blogs. As the founder and CEO, Munroe works with her teams on maximizing content, making sure their work is authentic, tracking, reporting, insight gathering and more. Her business celebrated its 10-year anniversary in 2018 and has grown every year since inception.

Munroe, who is on the board of Fred Rogers Productions and the Shadyside Hospital Foundation and was named one of the Top PR Game Changers by PR News last year, didn’t start her business until she was 40. She reminds other women that everyone is on their own path, and that the relationships you build are important.

“Surround yourself with smart people you trust and who can give you good advice,” she says.

This article appears in the February 2019 issue of Pittsburgh Magazine.
Categories: Women & Business