Carrie Nardini is Founder & Director of I Made It! Market & Neighborhood Flea and Director of A Fair in the Park. 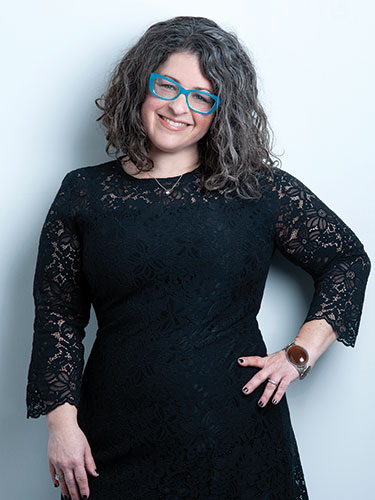 CARRIE NARDINI
Founder & Director
I Made It! Market & Neighborhood Flea
Director
A Fair in the Park

While growing up in a family business, Carrie Nardini got to see the ups and downs of self-employment. Her time in college solidified her desire to work for herself.

“If you have an idea that is scary and exciting, give it a try,” she says. “If you have a dream, or a small glimmer you’ve been sitting with, explore it.”

Following her own advice, Nardini started I Made It! Market, an event that focuses on handmade goods created by local artisans, in 2007. After working with another city to create an urban flea market, she launched the Neighborhood Flea in 2014; this market includes a variety of vendors including vintage, collections, farmers, artisans, artisan and street food vendors, distilleries and housewares. She also began working with the Craftsmen’s Guild of Pittsburgh in 2016 as their director for A Fair in the Park.

“My husband and I both run our own businesses, and it’s a juggle to grow our businesses at the same time while raising our 7-year-old, but it’s also a joy to be able to do this work,” she says.

In each of her roles, Nardini works on all aspects of each event. She envisions them, connects with venues and recruits local vendors. She is typically organizing three or more events at all times and produces around 20 marketplaces each year.

“I’ve been told I’m calm under pressure, but really my mind is zooming at a million miles an hour to solve five challenges at once,” she says.

Nardini, a recipient of Pittsburgh Magazine’s 40 Under 40 award, says every day has the potential to be a highlight because she’s constantly learning and inspired by the people she works with and is motivated by the work she does.

“It hit me once while driving over the Liberty Bridge toward the city — I had created my dream job without even realizing it,” she says.