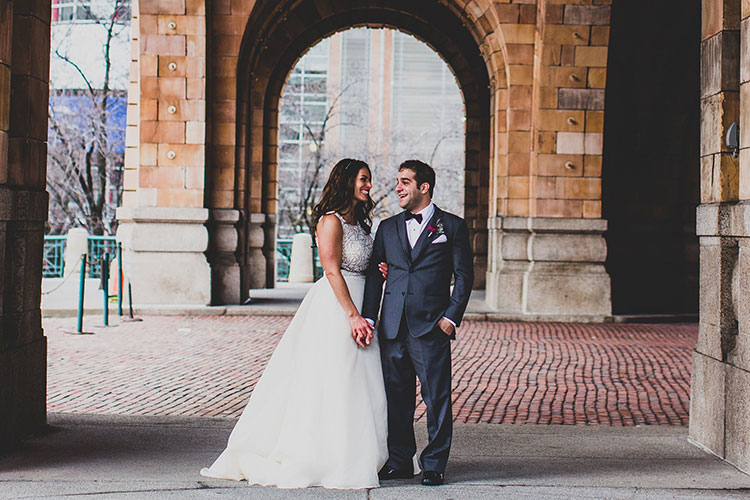 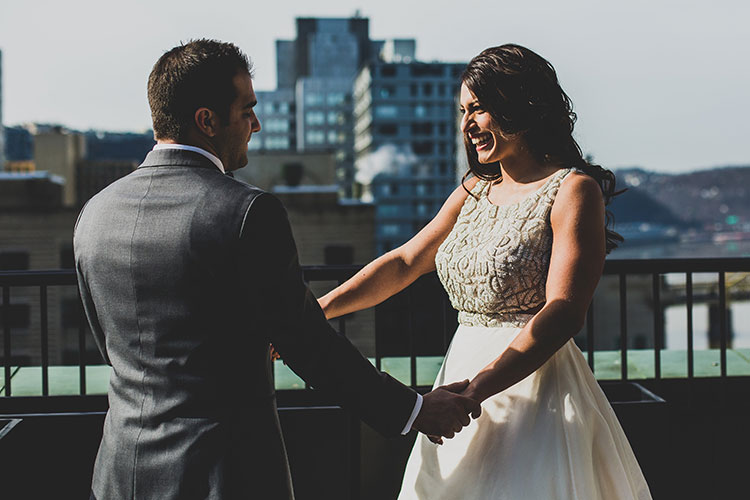 When Dominic Met Sheena.
An old-fashioned set-up brought this Center Township couple together in 2013. Dominic Mecca’s parents stopped Sheena Kramer after church and requested her number. He called a week later, and the two strangers spoke for more than an hour. Dominic, who is originally from Brookline, traveled to Beaver County to pick Sheena up for their first date.
“We both formed an instant bond over our love for dogs,” Sheena says. 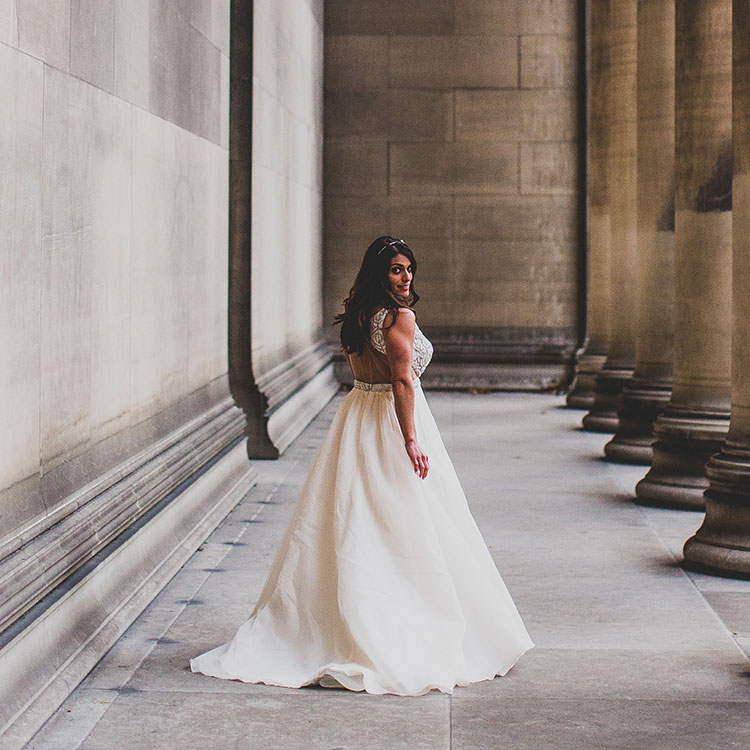 She Said Yes.
In 2016, the couple’s annual beach trip took them to Negril, Jamaica, where they stayed in a boutique hotel on the cliffs. They had just arrived and were relaxing poolside when Dominic caught Sheena staring out to the ocean.
“He asked me what I was thinking about [then] he got down on one knee and asked if I would spend the rest of my life with him,” she says. “We know the answer to that question!” 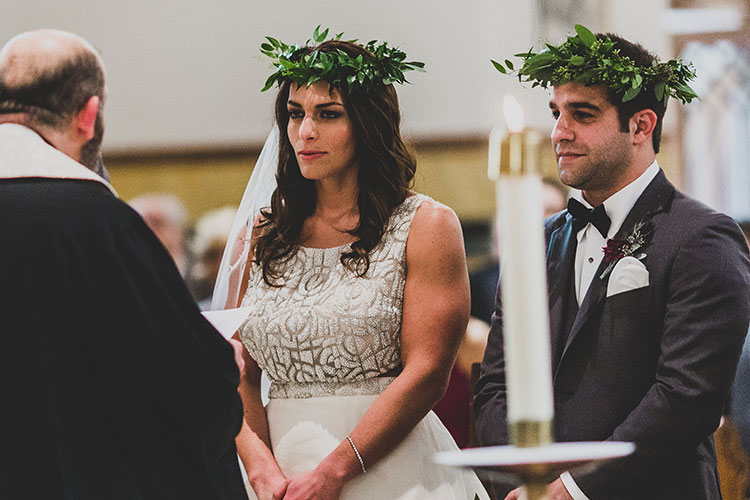 The Big Day.
Sheena chose January because she wanted pictures with snow, and every detail of the couple’s wedding, down to the glassware, celebrated the theme of “A Frosted Winter’s Night.”
When the day turned out to be 60 degrees and sunny, her mom and wedding planner pulled off a special surprise. They made it snow inside.

“It was a beautiful moment and a fun way to end the night,” Sheena says.

The couple, both Pittsburgh boomerangs, share a love for their hometown and incorporated their pride into many aspects of the wedding, from skyline decals on the invitations to waving Terrible Towels to the song “Renegade” at the reception. 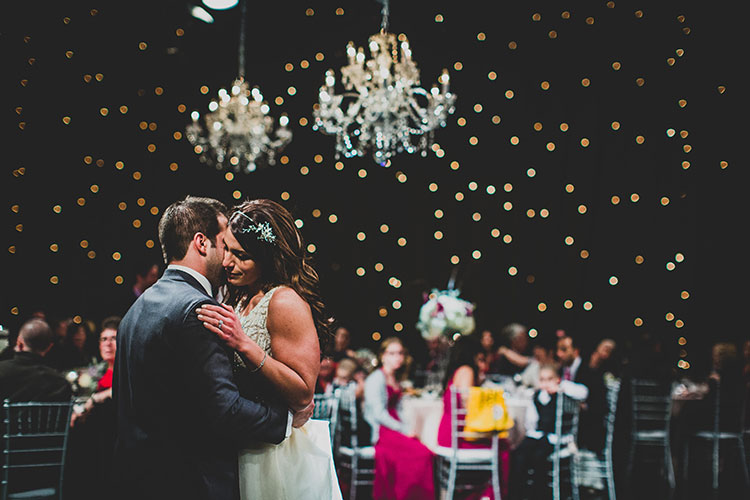 Happily Ever After.
After a “breathtakingly beautiful” honeymoon spent riding camels and exploring the desert of Doha, Qatar, then soaking up sun in the Maldives, the couple, both 31, settled in their home with their two dogs. Sheena works as a buyer for FedEx, and Dominic is an electrician.
They love traveling and doing home improvement projects together, which these days involves work on the nursery. They’re expecting their first child, a boy, this Thanksgiving. 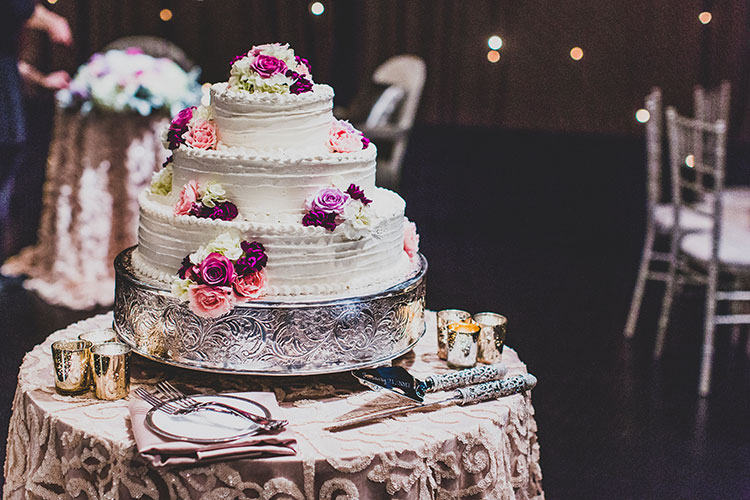