Will You Kickstart This Doughnut Truck? 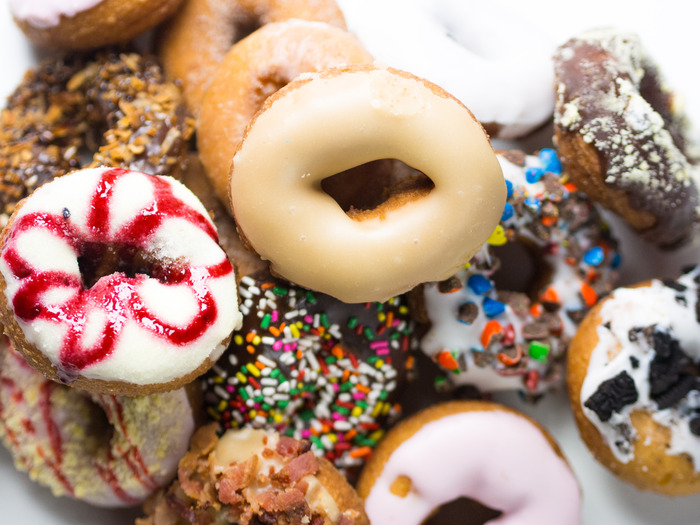 Help fund a kickstarter campaign for the Grounds n Rounds truck
When you take stock of cuisines represented by local mobile-food vendors, you can see we’re kind of spoiled. We can order hot dogs, bean burgers, shakes, tacos and lomito, made fresh and served with a smile. Eric Moore, owner of the Waynesburg, Pa.-based Moore’s Hot Dog Cart, wants to add two classics to the growing list of options: doughnuts and coffee.

Moore recently launched a crowdfunding campaign on Kickstarter for Grounds n Rounds, the name he hopes to bestow on his would-be business. On the truck, Moore would prepare his signature offerings using a Lil Orbits doughnut maker. He’d offer the breakfast favorites in candy shop-inspired, traditional and wild-card flavors (chicken and waffles, anyone?).

As with most Kickstarter projects, those who donate to successful campaigns are rewarded for their support. Dunking a homemade doughnut in a cup of Joe is already fun. It’s more enjoyable if both items are free.

Waffallonia expands to Oakland
Visitors to Schenley Plaza always have a tough decision to make: where to eat. When Waffallonia opened the windows of its kiosk, that further complicated things for hungry folks.

Get a fully loaded sub for less than $8 at Bob’s
Paying five bucks for a footlong sub may seem like a bargain. But $7.80 for a 13-inch Cellone’s roll piled high with meats, cheeses and veggies? That’s more our speed.

The staff at Bob’s Sub crafts custom sandwiches for everyman types. The lineup includes 13 different varieties, including a create-your-own option. “Extras,” such as banana and green peppers, are cost-free additions. Request that your buffalo-chicken sub is toasted, and pay $2 more to also get a drink with a few pickle spears.

This article appears in the August 2013 issue of Eat Street.
Categories: PGHeats