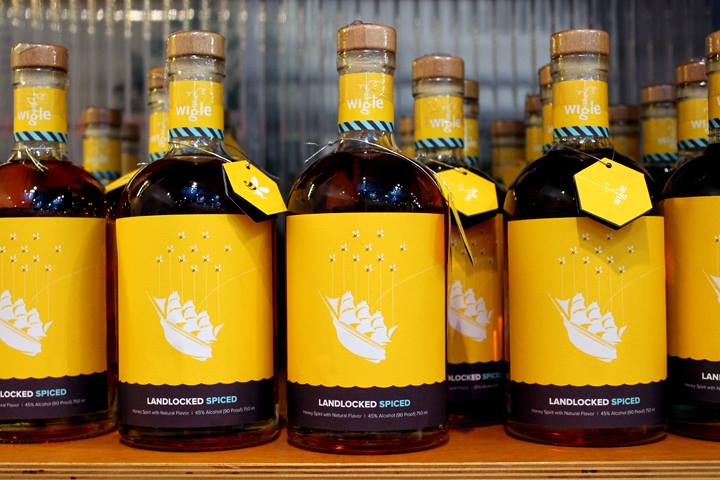 WIGLE WHISKEY RELEASES SPICED RUM
Wigle Whiskey is known for its namesake spirit, but in recent months, its inventive owners have added new items to the lineup — including gin and bitters. The Meyers, who run Wigle and welcome folks for frequent distillery tours, are proud to debut their rum. Landlocked, as it’s playfully termed, was served at a release party last week and will be available in spiced and unspiced varieties. Featuring local honey from ’Burgh Bees Apiary, Landlocked is “intended to be a distinctly western Pennsylvanian interpretation” of rum, according to a statement from the distillery. As with Wigle’s whiskey, the Meyers plan to age the rum and sell it this spring.

BROOKLYN BREWERY MASH COMES TO TOWN
The pop-up trend continues, with Brooklyn Brewery stopping in town Monday through Sunday as part of its 11-city “Mash.” Agenda highlights include a supper, reading, festival and Q&A discussion. That last function will be held Oct. 25 at Pittsburgh Public Market. Attendees and speakers at “Books & Beer: Foodies of Pittsburgh” will talk about the city’s growing food scene with chefs and local authors; the admission fee includes a Brooklyn Brewery beer plus light snacks. A portion of ticket sales for Books & Beer will go to Slow Food Pittsburgh, and the Mash itself benefits Slow Food USA. Find a full lineup for the Brooklyn Brewery tour on the company’s website.

EMBRACE FALL WITH COFFEE TREE LATTE
As temperatures drop, you probably won’t find a better hand-warmer than a cup of coffee. Coffee Tree Roasters offers an array of java options year-round, but we’re currently hooked on the cinnamon-infused horchata latte. Inspired by the chilled drink with Hispanic roots, it contains a rice-based horchata sauce with vanilla and cinnamon, plus espresso and steamed milk (soy or 2 percent). Get a cup to go as you stroll around the city admiring the season’s colorful foliage.

This article appears in the October 2013 issue of Eat Street.
Categories: PGHeats