Why You Should Know: Jasmine Cho

Through her company, Yummyholic, Cho aims to use baking to draw attention to important social issues. 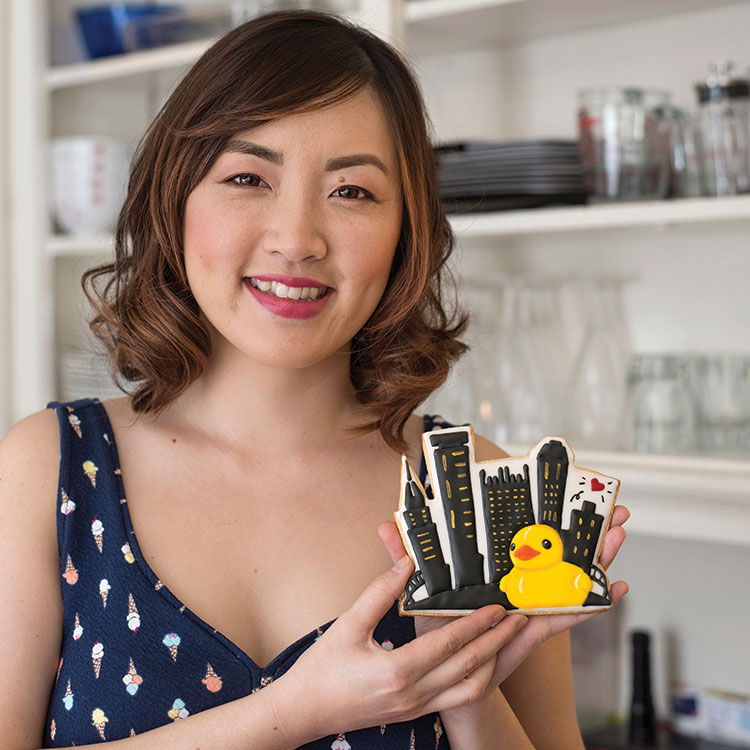 About: After graduating in 2010 from an AmeriCorps program, Cho was inspired to nurture her passions and use them to better herself and the world around her. Prior to that, Cho created elaborate cookies and cupcakes as a hobby. Today, her company Yummyholic is a champion for cultural values and charitable giving. Through bake sales, donations and gallery art, Cho uses her hand-crafted treats to contribute to the community.

We loved hearing about Cho’s mission so much that we just had to write more. Read her extended story here:

Jasmine Cho, 33, sits in a Squirrel Hill coffee shop, scribbling in a notebook at a small, round table. She has a lot on her plate — planning her Cupcakes & Culture event series, running her bakery business and working toward acquiring a storefront while keeping up with her business’s charitable giving. She’s also arranging to return to school for art therapy — just to name a few items on her to-do list.
A lot is changing. Her business is gathering momentum and garnering attention from media outlets, and she is more aware than ever of her passions and professional goals. Because, for Cho, founder and “creative ninja” of Yummyholic, baking is more than just a hobby, or a business.
Cho learned to bake at a sleepover in high school, when she and a friend tried a simple recipe for pineapple-coconut squares.
“I just remember having my nose in cookbooks like since that point — just always baking for friends and family and organizing bake sales for groups that I was a part of,” Cho says.
Still, Cho didn’t start taking more concrete steps to get where she is until around 2010, when she heard of a music video competition called “Krazy K-Pop,” in which contestants attempted to make the best K-Pop music video. Cho decided to put a baking spin on it and began decorating cookies to look like ’90s K-Pop stars for a stop-motion video.
She became a semi-finalist in the competition, but more importantly, Cho realized she had a knack for pastry-decorating. She thought about the Howard Thurman quote: “Don’t ask yourself what the world needs. Ask yourself what makes you come alive, and go do that. Because what the world needs is people who have come alive.” She decided it was time to get serious about her baking career.
So, she used her “Krazy K-Pop” video as a portfolio of sorts and sent it to five local bakeries.
Despite her lack of formal culinary training, they were impressed, and Cho was hired as head cookie decorator at Bella Christie & Lil’ Z’s Sweet Boutique in Aspinwall.
The opportunity gave Cho the chance to practice her skills, and she began to develop the idea of baking as a form of art. Today, Yummyholic specializes in intricately decorated portrait cookies and cupcakes. 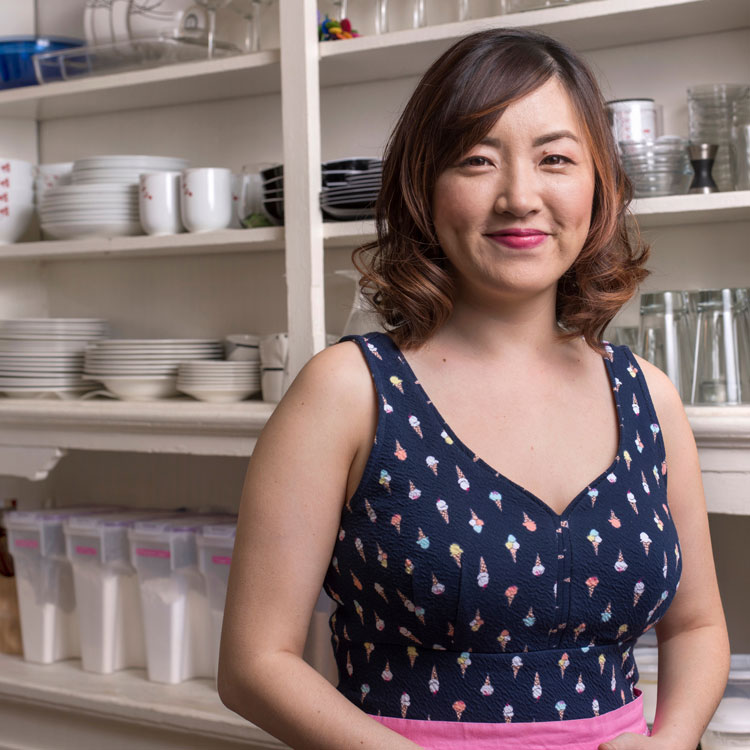 However, selling treats is only part of Cho’s mission. As she continues to experiment with making exciting, visually appealing pastries, she is also searching for ways to use her cookie art for activism and charity, by participating in events and art galleries.
“So, that’s sort of my idea of ‘sweet activism,’ where I can contribute what I’m doing with cookies and cupcakes that are light-hearted, and turn it into something actually very meaningful and thought-provoking,” she says.
Cho says she has always enjoyed volunteering, but her cookie art has allowed her to become more vocal on her own. Using her baking skills and a grant from Awesome Pittsburgh, Cho has been working on a “Cupcakes in Culture” event series — “using baked goods to invite people into an engaging conversation about Asian-American culture,” she says.
Cho says she was disappointed by the nature of most Asian-American events in Pittsburgh, describing them as a “performance.” She hopes Cupcakes in Culture will help second-generation Asian-Americans, like herself, feel more comfortable and immersed in the culture.
“I wanted to create organic experiences where you’re just kind of engaging, just sitting within a culture,” she says. “I’m not, like, foreign. I’m not an alien, you know.”
In addition to the events, Cho has made Yummyholic especially active with charitable giving. She partnered with two local nonprofits, Beverly’s Birthdays and The Women’s Center & Shelter of Greater Pittsburgh, and has donated more than 3,000 cookies and cupcakes over the last year and a half.
To Cho, her business’s connection to community through charitable giving and cultural events is the most important thing. When she acquires a storefront, she wants to expand upon that connection even more, by establishing a legitimate “bake therapy” program for community members.
“For me personally, [baking] is not just about consuming something awesome after I make it, but I love giving and gifting to others,” she says. “So, just seeing, like, the joy it brings to other people. That, once again, reinforces my own happiness and sense of fulfillment.”
She reflects on the business quote that helped inspired her to focus on her baking career. “…Because what the world needs is people who have come alive.”
For Cho, baking is more than just a hobby, or a business. It’s how she comes alive.

This article appears in the August 2017 issue of Pittsburgh Magazine.
Categories: Community Feature