Why Winning Isn’t Everything For the Steelers With Kenny Pickett

In a bottom-line business, the Steelers know they have to look beyond immediate results in assessing the progress and potential of their rookie QB. 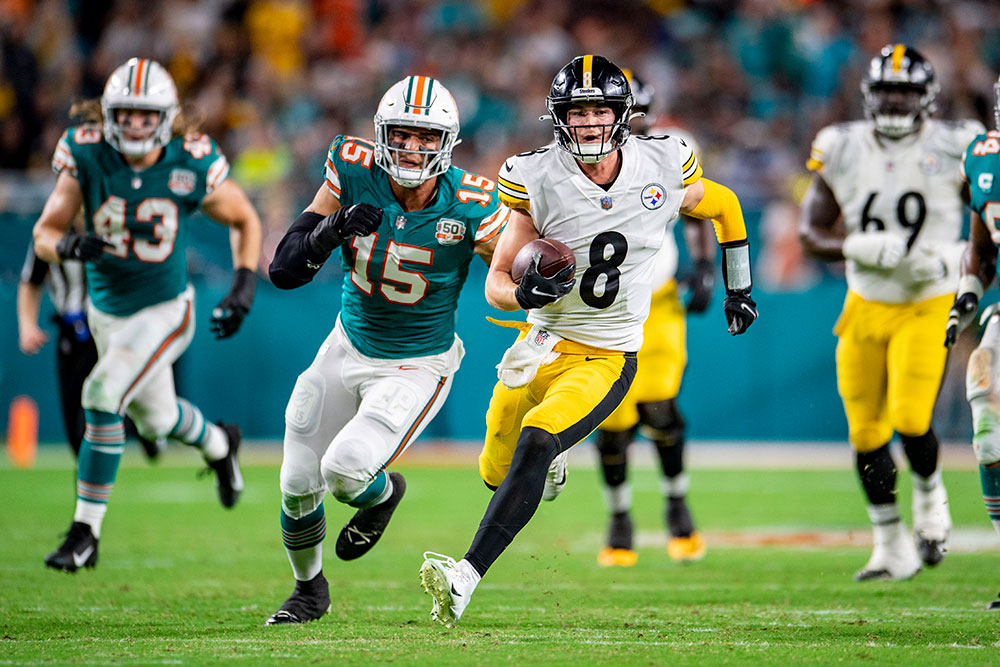 Kenny Pickett gets it.

What he does with it remains to be seen, but the perspective he’s already demonstrated checks another box.

The No. 1 pick from Pitt had two chances to steal the game last Sunday night in Miami. Trailing 16-10, Pickett and the Steelers got the ball back with 7:56 remaining in the fourth quarter and again with 2:31 left on the clock.

On the first occasion, the ball was moved from the Steelers’ 18-yard line to the Dolphins’ 15.

On the second the Steelers advanced from their 13 to the Miami 25.

Pickett was that close to authoring his first fourth-quarter comeback.

In the end, neither drive went far enough.

But having experienced such situations and having embraced them in a manner that suggested neither was too big for Pickett represented a significant step in the maturation of a potential franchise quarterback.

“There was definitely positives but the ‘almost’ doesn’t get you anything, right?” Pickett acknowledged this week. “You want to go finish the game.” 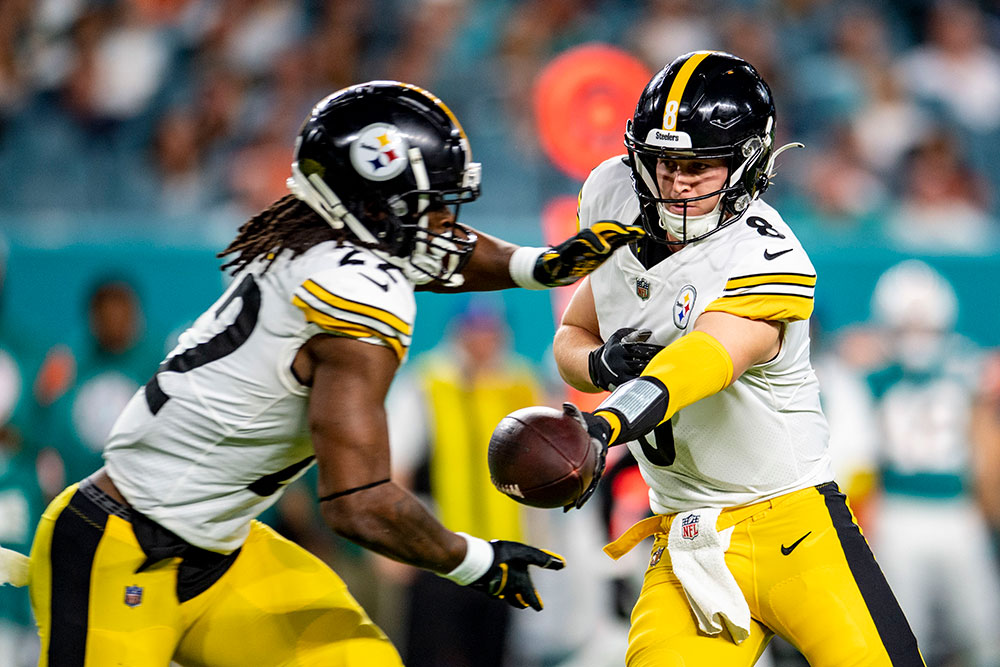 The first drive went awry shortly after the Steelers were called for an illegal shift on what otherwise would have been a successful third-and-1 from the Dolphins’ 15.

Pickett was responsible for starting the motion man, wide receiver Miles Boykin, a tick too early.

Why they were running motion on a quarterback sneak in the first place is another topic for another column (most likely the one after offensive coordinator Matt Canada gets fired).

And the interception that ultimately ended the possession two snaps later was entirely on Pickett (the throw was late, wobbly and off target).

The second possession came down to a scramble play and a split-second decision that resulted in a game-sealing interception that, upon further review, could be attributed more to the circumstances of such situations than the fault of the player either on the throwing end (Pickett) or the receiving end (wide receiver Diontae Johnson) of a play that could have won the game.

Pickett suspected Sunday night and confirmed on Wednesday he should have run the ball, gotten out of bounds (a likely occurrence had he chosen that option) and lived to fight for another couple of downs in the closing seconds.

“Looking back on it, definitely wish I would have ran it,” he acknowledged.

But just getting himself and the team in a position to win was a step forward for a QB who hadn’t done that previously.

It wasn’t good enough, but it nonetheless constituted progress. 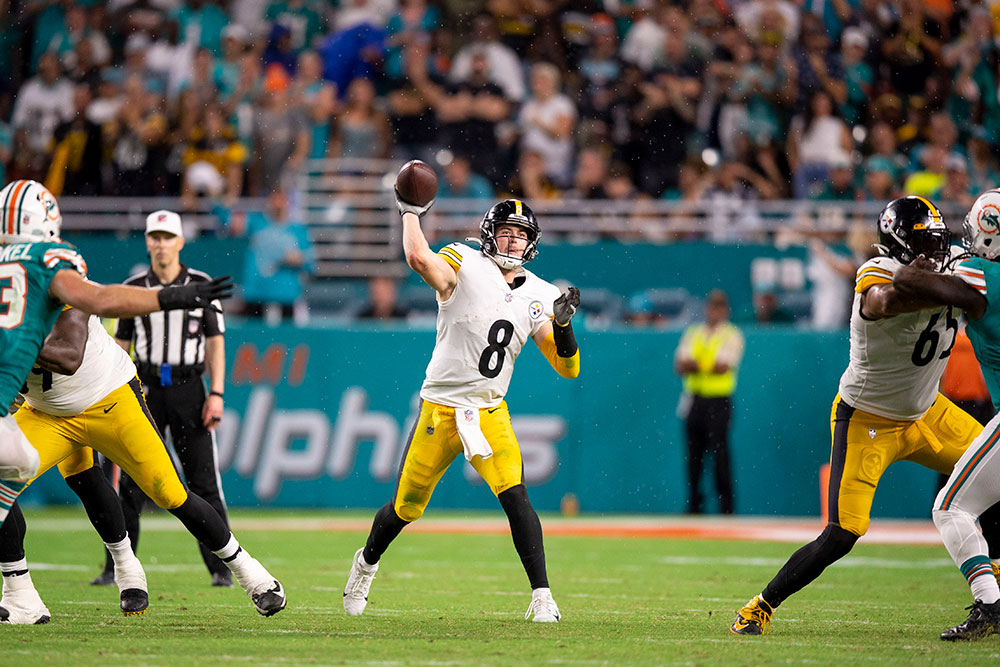 On the way to getting the Steelers that far Pickett converted a fourth-and-6 to tight end Pat Freiermuth on a pass that was as exquisite as the game-deciding interception was agonizing.

“I felt like we were efficient in two-minute until the turnover, the turnover play,” Pickett assessed.

It goes beyond, “Other than the ending, how did you like the play, Mrs. Lincoln?”

Pickett is far from a finished product.

And as such, every incompletion or interception should not be perceived as a referendum on whether or not he’s the guy, just as every fourth-down conversion or TD pass against a blitz shouldn’t be interpreted as confirmation Pickett is indeed the successor to Ben Roethlisberger the Steelers and Steelers Nation are so desperate to identify.

The rest of this season will be about determining as much.

The Steelers confirmed that when they gave the ball back to Pickett for the Miami game after he’d been concussed and failed-starter Mitch Trubisky had performed so admirably in relief in a victory over Tampa Bay.

They’ll never admit it, but the Steelers began playing for 2023 when they made the switch from Trubisky to Pickett.

They think Pickett can and will be the guy then.

And the rest of this season has a chance to remove the lingering doubt.

But until then patience and perspective must be applied.

The kind Pickett has already demonstrated.