Recent surge in cases mostly affects younger people who traveled or socialized without a face covering. 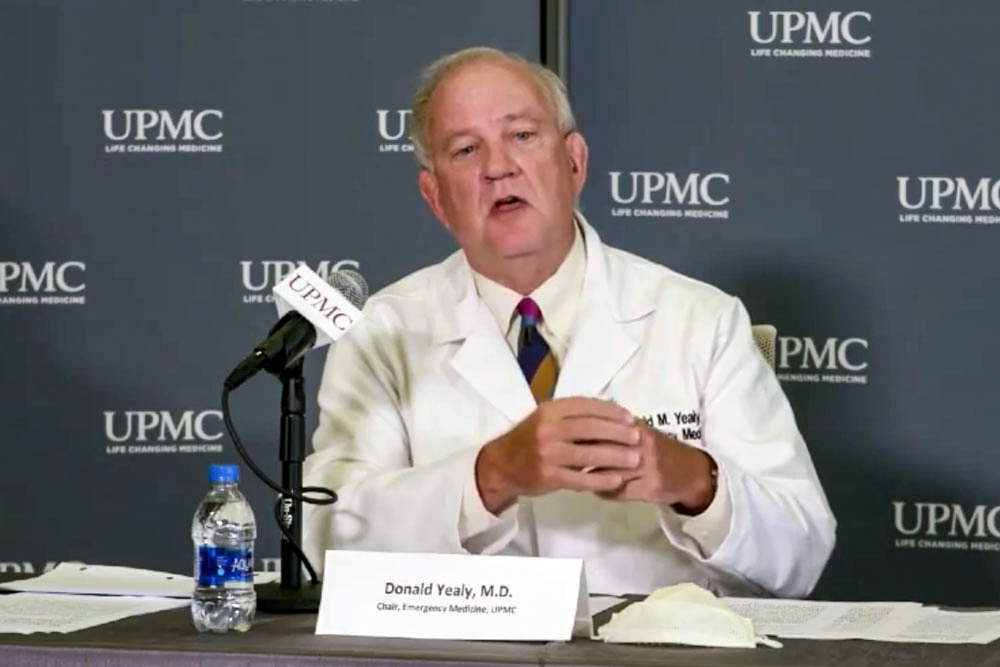 UPMC physicians have discovered key differences between the recent increase in COVID-19 cases and the initial outbreak in March and April.

Dr. Graham Snyder, UPMC medical director of infection prevention and hospital epidemiology, says most recent infections are among younger individuals, with a median age of 29, who likely contracted the virus after out-of-state travel or socializing without a face covering.

These younger patients tend to experience milder symptoms, and hospitalization and mortality rates remain low, at 2% and 0.2% of infected patients, respectively. Also, doctors are encountering a mutated SARS-CoV-2 strain that seems to be more infectious but less virulent than the original strain that triggered the pandemic.

“We would expect to see more patients with severe lung disease and needing ventilation,” Snyder says. “It’s telling that the intensity of the disease that we’re seeing in our hospitalized patients is not matching that.”

Snyder also says this data “is showing that we have been doing a good job in protecting those most vulnerable” from a severe infection, including the elderly and those with pre-existing conditions.

This confidence partly comes from early testing of vulnerable members of the community, specifically those in senior care facilities, according to Tami Minnier, UPMC’s chief quality control officer. She announced that UPMC will soon add drive-through testing to its specimen collection facility in South Side.

Dr. Donald Yealy, UPMC senior medical director and chair of the Department of Emergency Medicine at UPMC and the University of Pittsburgh, thinks Allegheny County took the correct steps when it temporarily prohibited on-site alcohol consumption at bars at restaurants.

“I am impressed that we’re trying to do things smarter and effectively, and I think we should all be supportive of that,” Yealy says. “I don’t think anyone wants to go back to broader-based shutdowns because it’s very difficult for all of us.”

He also says that everyone should expect “the virus will be with us for the foreseeable future.”

Editor’s Note: On July 14, Spotlight PA, an independent, nonpartisan newsroom powered by The Philadelphia Inquirer, reported that UPMC’s claim of a “less severe” strain of the virus is not supported by science.