Why The Pittsburgh Pirates’ Forgettable Season Won’t Soon Be Forgotten

They haven’t won many games and they’ve been downright embarrassing on occasion. But the Bucs have still found ways to make their mark, or at least a mark. Better that than obscure incompetence. 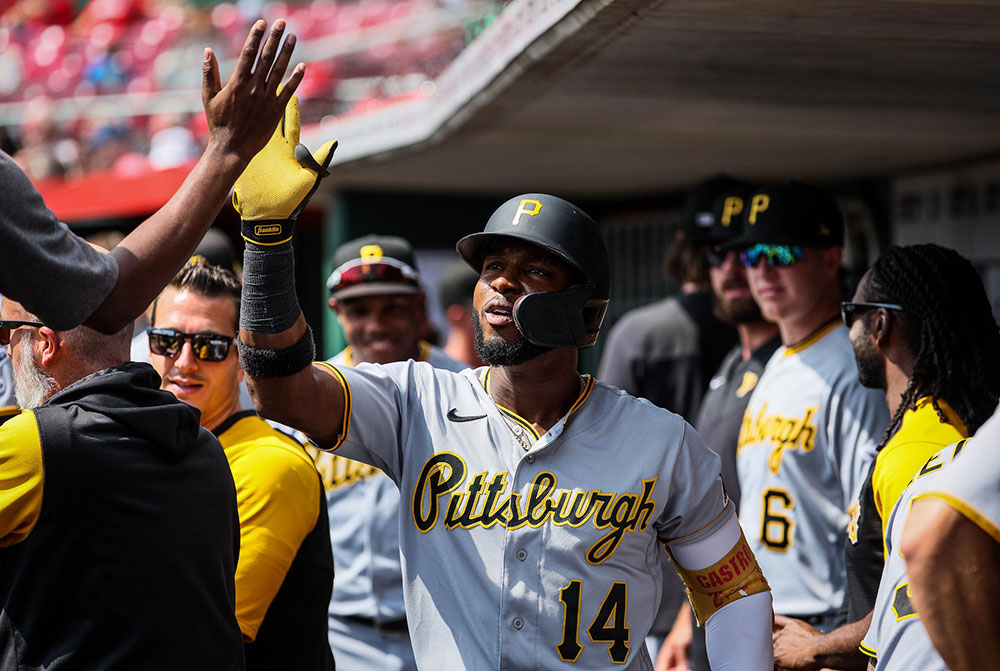 Say this much for the Pirates, they found a way to turn another soul-crushing season of misery and despair into something historic.

Or, more accurately, they found a way to at least be a part of something historic despite another season of soul-crushing misery and despair.

So what if that had everything to do with Aaron Judge and Roger Maris?

At least people were watching in mid-September.

If you were watching Tuesday night you saw Judge hit his 60th home run of the season.

He became the sixth player in Major League Baseball history to launch 60 dingers in a single campaign.

He became the third to do so without the stain of steroid accusations.

Take a bow, Wil Crowe, you’ve achieved a sliver of baseball immortality by serving up No. 60 to Judge.

There are worse things to be associated with or memorable for, as the Pirates have repeatedly shown us.

Would you rather be Crowe or Rodolfo Castro, who, for the time being, at least, and perhaps for all time, is identifiable as the guy who slid into third base with his cell phone in his pocket?

Would you rather be Crowe or Ke’Bryan Hayes, whose claim to fame this season is being captured on video with his glove off, reaching into his pocket for sunflower seeds while a ball is in play?

That said, Castro and Hayes won’t soon be forgotten, either.

Better individual achievement, no matter how dubious or dumbfounding, than mere anonymous association with another train wreck.

The Pirates, after all, are the team that fielded a lineup on Aug. 17 against the Red Sox that absolutely exasperated NESN color analyst Dennis Eckersley.

“There’s no team like this,” Eckersley contended. “This is a hodgepodge of nothingness. It’s ridiculous, it really is, pathetic.”

The Pirates are also the team NBC Sports Philadelphia’s John Kruk assessed as in way over its head on Aug. 26 in Philadelphia:

“This is like an exhibition game between a big-league team and a college team.”

Why else would anyone still be paying attention for any reason other than to see what someone from the other team might achieve?

Judge didn’t hit No. 61 on Wednesday night against the Pirates (he settled for two doubles and emerged tied for the American League lead in batting and still in hot pursuit of the triple crown).

The Yankees’ 14-2 victory dropped the Pirates to 55-94 overall and another step closer to losing 100 games in consecutive seasons for just the second time in franchise history.

The ’52 team had a winning percentage of .273 in a 154-game season and often comes up in conversation whenever the worst teams in baseball history are discussed.

The current collection of Pirates had a winning percentage of .286 in 56 games after the All-Star break (16-40) when they limped out of the Bronx.

Better to be historically awful than forgotten.