After a health scare, Freesia Jason decided to pursue her goal of opening a home decor boutique and design business in Zelienople. 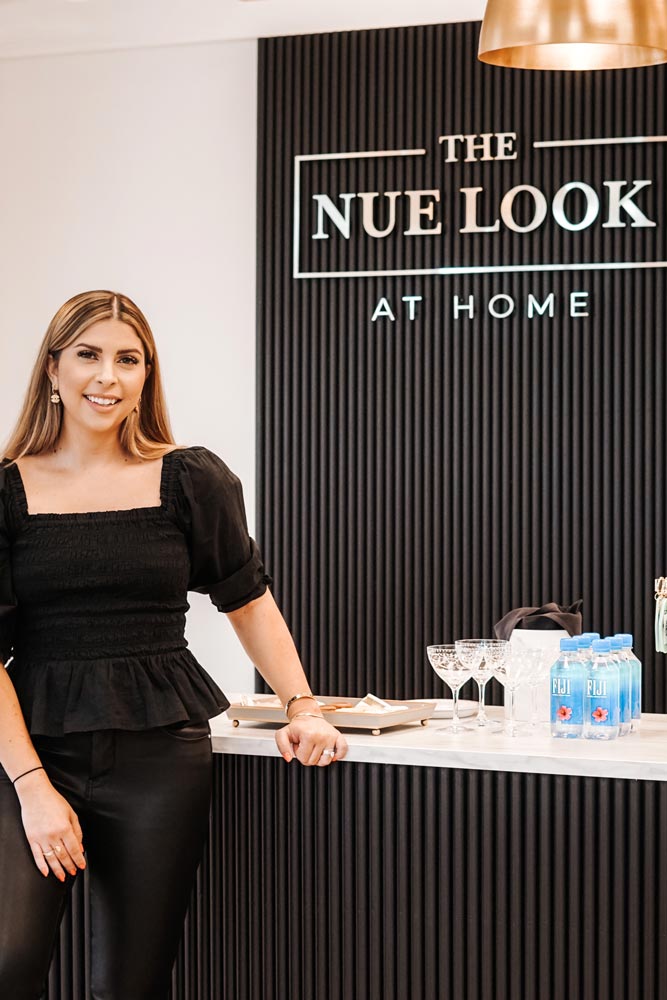 Sometimes one of the most devastating days of your life can lead to the most impactful — and joyous — decisions. Just ask Freesia Jason.

Previously a brand creative manager at Allegheny Health Network and Highmark with a sidegig as the lifestyle blogger behind The Nue Look and its healthy social media following, Jason had long desired to own her own business. What that business would look like was another story. Jason, whose family is mostly based in France, considered everything from a parisienne-style wine bar and espresso joint to a retail boutique.

“I have been very entrepreneurial since forever,” she says. “I’ve made jewelry, baby clothes … I’ve done so many different things.” 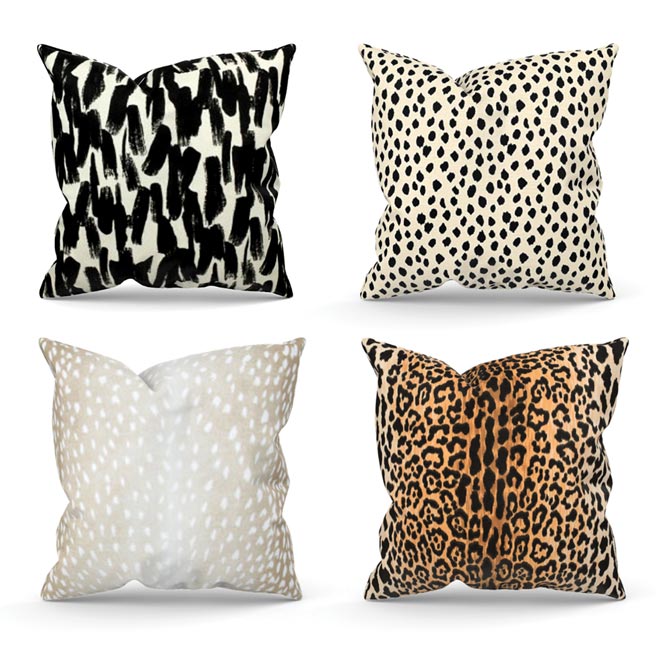 While working at her home in Zelienople throughout the COVID-19 pandemic — and sharing many of her fashion finds and DIY decor projects with her followers — Jason launched The Nue Look at Home, an online decor store, at the beginning of 2021.

“The pandemic, I think, put things into perspective with being at home and having more control over your time and over your schedule,” she says. “I moved my office down into the basement and had racks of inventory down there.”

At the same time, she found a lump in her right breast. 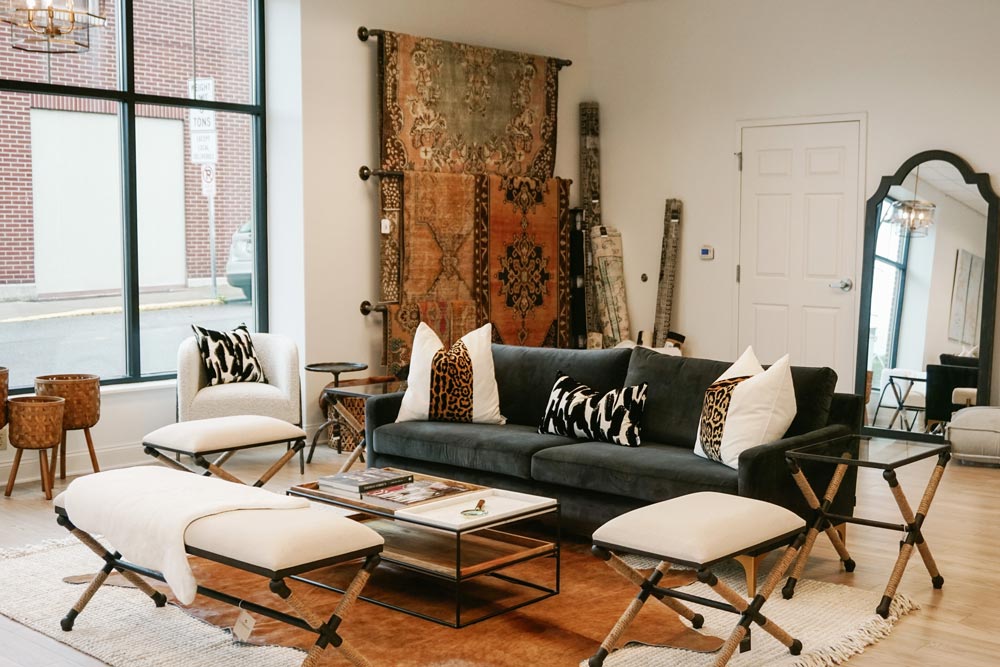 A biopsy showed five tumors containing spindle cells, a rare variant of cells that could turn cancerous. Doctors initially told Jason, 29, the tumors were malignant, but a second opinion showed the biopsy was inconclusive.

“Although it was terrible, it was a blessing in disguise,” she says. “It completely put my life into perspective. The first things I thought about were all the things I hadn’t done yet.”

After undergoing a lumpectomy in February, Jason was elated to learn the spindle cells were benign. She also decided she was done wavering on her dreams.

“I had been struggling with what to pursue or where to hold off,” she says. “Then I just decided that life is too short and that I really wanted to do all the things I possibly could — now.” 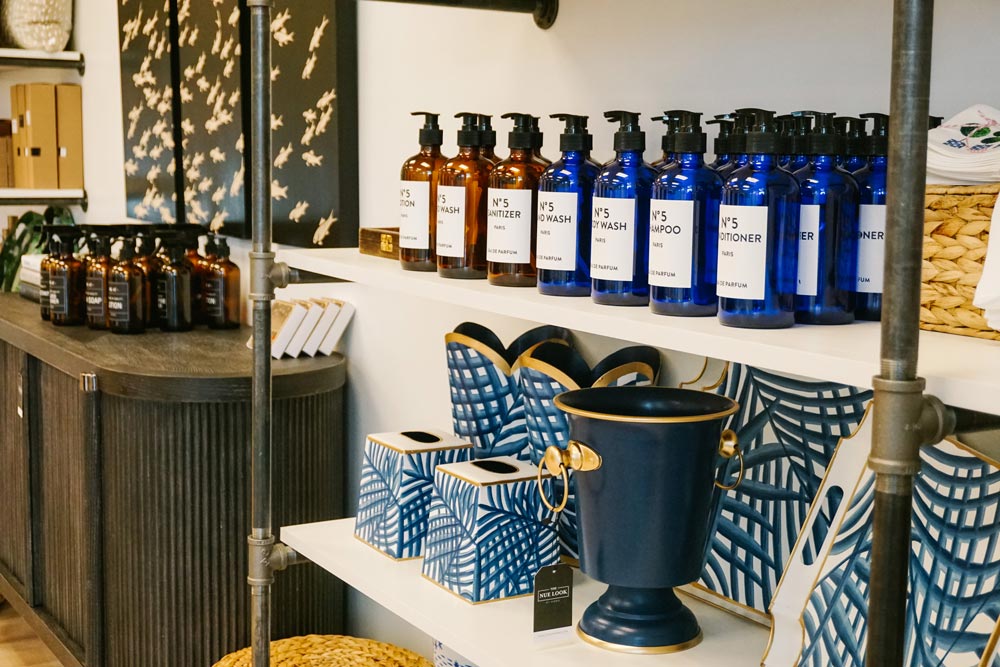 Things started to fall into place over the winter after Jason discovered a brick storefront along Zelienople’s main street (formerly Boutique16063, which moved to a location down the road) up for lease. After a major discussion with her husband, Adam — a software engineer — Jason decided to quit her corporate job and open a brick-and-mortar version of The Nue Look at Home.

“The listing popped up on a Wednesday night. By Saturday, we had a business plan, and by Monday, we called the agent,” Jason says. “It was just incredible timing.”

On April 1, Jason received the key to the store. A little more than five weeks later — after revamping the space, including laying new floors and adding a cash register area she designed herself  — The Nue Look at Home opened.

If that seems like a fast turnaround, it’s because it was one. 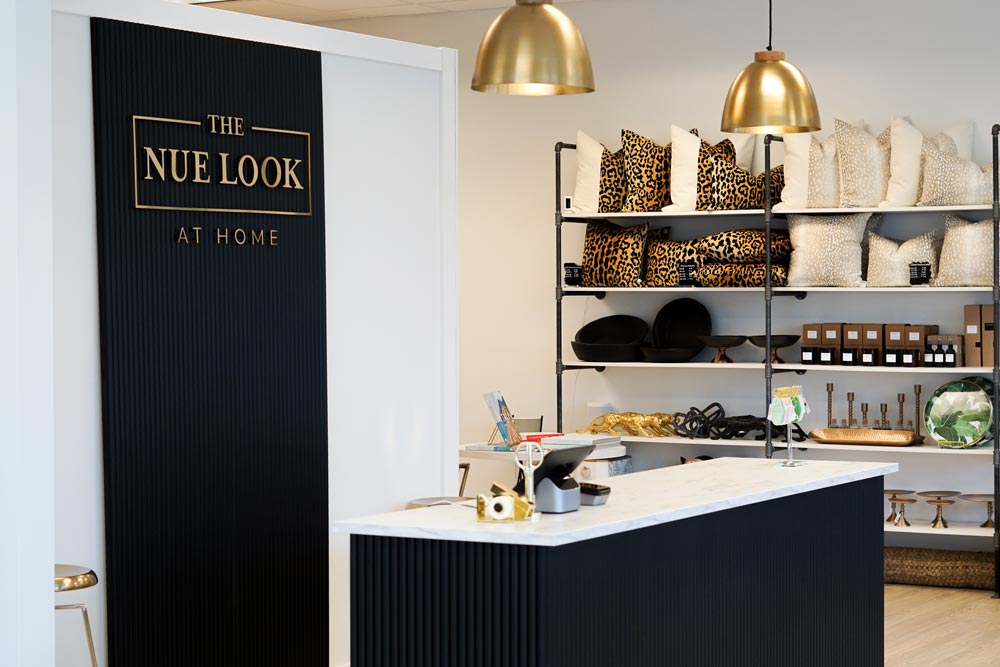 “We had already started the online store when we decided to open this business, and what made it so seamless was because I did all of that up front work already,” Jason says. “I already had researched and found the vendors. I already was incorporated and had done everything from a legal standpoint. All it took was expanding the inventory and vendors.”

Online as well as in person, The Nue Look at Home carries a curated selection of home decor, including mirrors, tabletop books, servingware, vases and pet accessories, at a variety of price points. Some of the standouts are Jason’s signature animal-print pillow covers, which she designs and has sewn locally, and her own line of candles and room sprays. Jason notes she worked with a small, Indiana-based candle company to develop the scents, which manage to strike a balance between masculine and feminine.

“I have Lavender Sage, Mediterranean Fig and Cashmere Plum candles. They’re literally my favorite things ever,” she says. “I wanted to try as much as I could to employ local small businesses.”

The boutique also acts as a furniture showroom for larger items chosen by Jason that can be ordered and shipped to buyers’ homes. Another area of the boutique is dedicated to vintage Turkish rugs.

To learn more about The Nue Look at Home, visit nuelookathome.com