The Underwear Bike Ride is designed to encourage people to feel comfortable in their own skin. 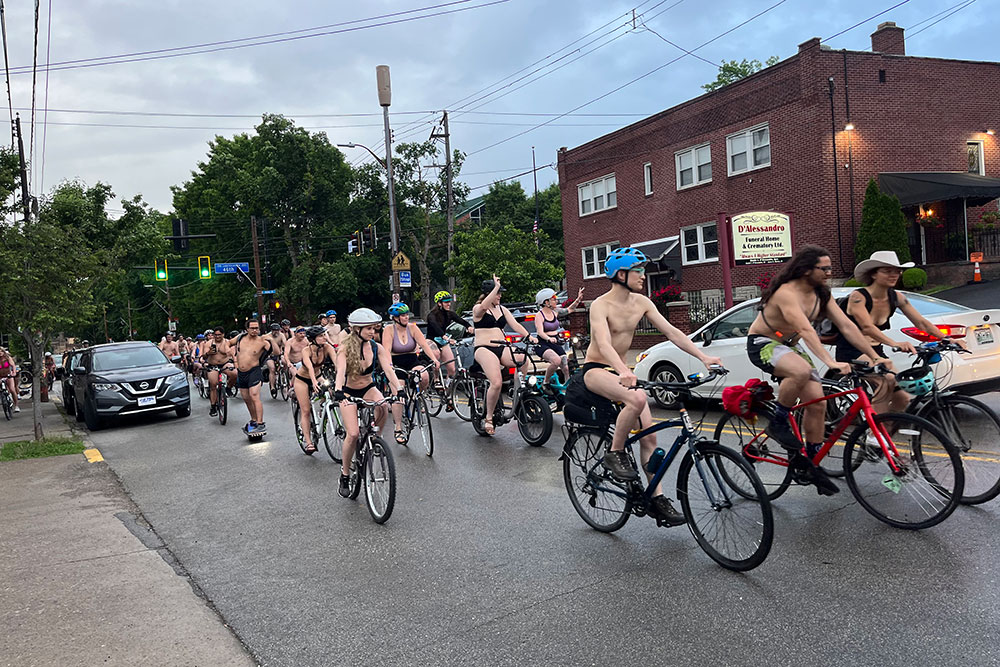 About 130 people rode their bicycles down Butler Street in Lawrenceville on a recent, rainy Thursday evening. The weather didn’t stop them from enjoying their ride half-naked, gathering cheers and commotion from onlookers and honks from cars.

Pittsburgh Underwear Bike Ride is rolling into its 10th season this year and continues to gain more traction, with 130 to 170 people showing up for each ride, says Scott Kowalski, the event organizer.

It’s scheduled the last Thursday of each month from May to October, always rolling at 8 p.m. Riders meet at 46th and Butler streets in Lawrenceville. The cyclists ride to an afterparty, held in different places each time. On May 26,  it was at De Fer Coffee and Tea.

The ride was started by Kowalski’s friend, Virginia McGrath, in 2012. She had moved here from Milwaukee where they had an underwear ride and she decided to start one here.

“She just put it out on Facebook and I actually just moved back to Pittsburgh a few weeks before, and I was like, ‘Oh, this is a cool biking event,’” Kowalski says of the first ride held on May 25, 2012. “And we showed up, and there were 30 of us and from there, it’s history. It grew and grew and grew.”

The ride was created to promote body positivity and that value has been upheld ever since.

“It’s about being comfortable in your own skin, and being around like-minded people that aren’t going to judge you,” Kowalski says. “So, it’s an expression and we get to do it on bikes.” 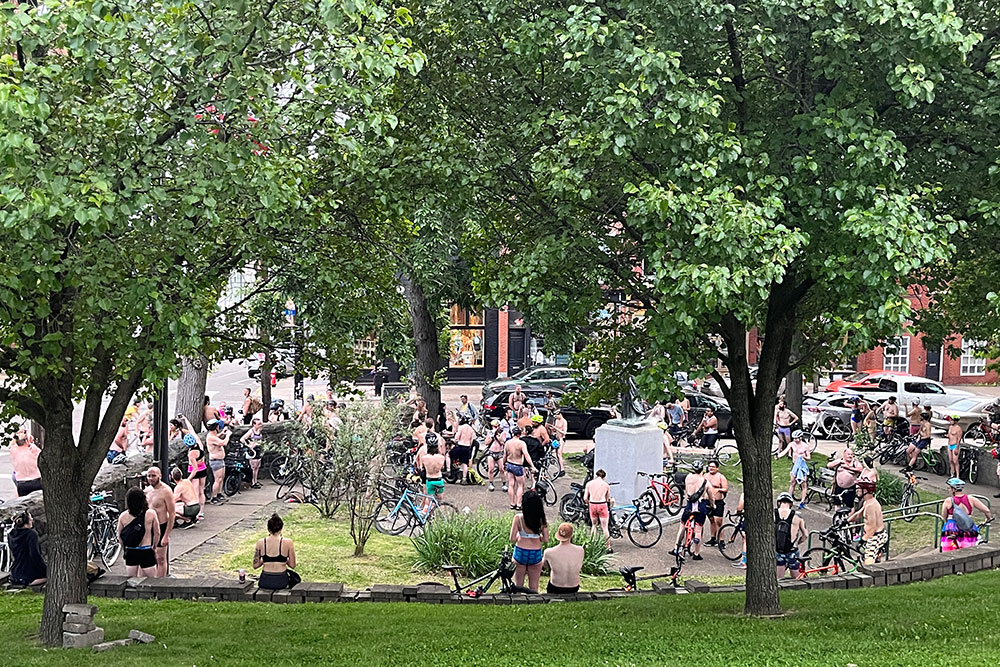 Joyce Wasser, 60, of Highland Park agrees. “It’s about body awareness and just loving your body for what it is, and that’s why it’s the underwear ride because you ride in your underwear. You pretty much see everything everyone’s got.”

Some people return every year. Jim Baric, 31, and Natalie Baric, 30, of Gibsonia returned to the event after a six-year hiatus.

“I think it’s great to come together as a community but also for a good positive reason to just be comfortable in your own skin,” Natalie says. “I think with how the world is now, it’s a great way to just forget all the bad things and promote something that is good and should be great for the community which is body positivity and self-celebration.”

Kowalski emphasizes the importance of the ride is to help reduce the negativity surrounding bodies. He has had people come up to him expressing their nervousness about the ride, but they always have a change of heart after riding. 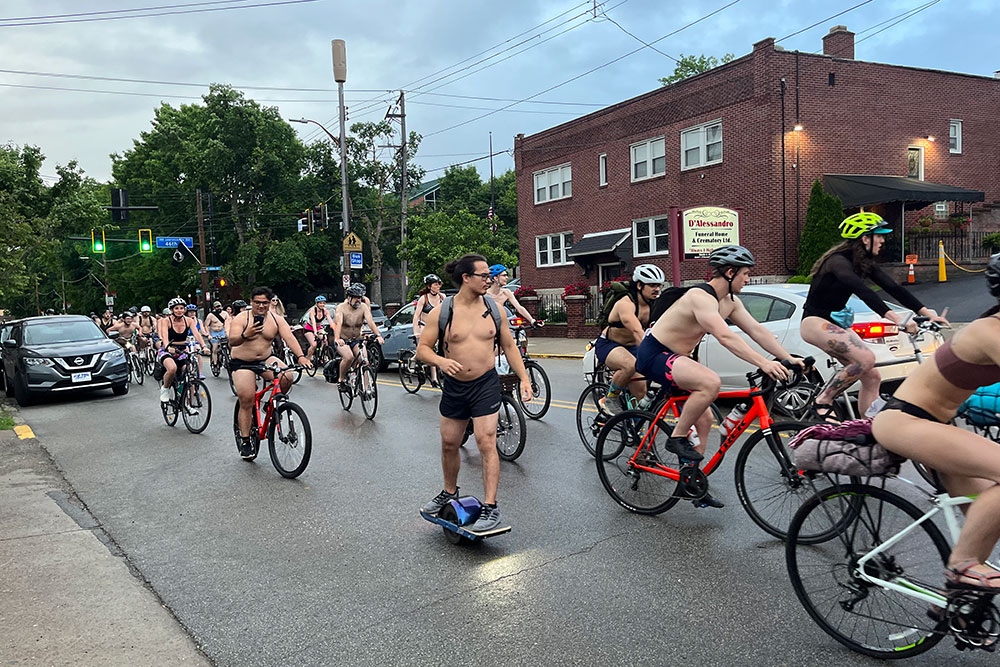 “It’s really important. We’re all shapes and sizes, all ages — it doesn’t matter if you’re 18 or 55 or 80 — we all still carry that body image thing. It’s not good,” Kowalski says. “You need to be comfortable, you need to be accepting of yourself. This ride really helps, and that’s my proudest moment.”

Streets are not closed to cars for the event, and there is no standard route. Everyone simply rides in mass, and cars just have to wait. According to Kowalski, they rarely have problems with this because it only takes about 1 minute for the group to pass.

June will be the ride’s biggest event because it is Pride Month. Last year, 360 people attended. This year, they will be closing some streets and hosting a DJ at the afterparty, which is KLVN Coffee Lab.

“Come out and ride with us. Have a good time, enjoy yourself, the more the merrier,” Kowalski says.