Since 2004, the organization has operated along the Allegheny River in North Shore Riverfront Park next to the Roberto Clemente Bridge. 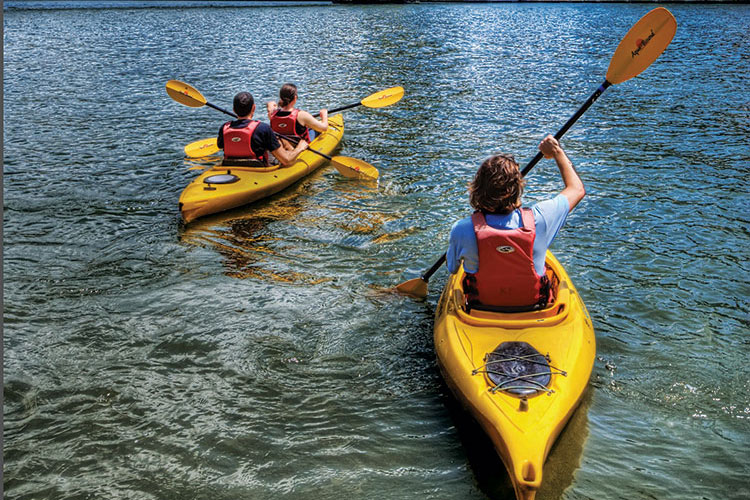 Since 2004, the organization has operated along the Allegheny River in North Shore Riverfront Park next to the Roberto Clemente Bridge.

But $34.4 million worth of lengthy repairs to the span have shut it down through December 2023, prompting Venture Outdoors to relocate to the south bank of the Allegheny below the David L. Lawrence Convention Center.

“Relocating Kayak Pittsburgh’s concession to the convention center provides the opportunity for Venture Outdoors to continue meeting our mission of removing barriers and connecting people to outdoor experiences,” it said in a statement.

It added that the organization remains committed to serving the city’s dedicated body of kayakers and outdoor enthusiasts.

“The location will remain accessible via public transit and waterfront trails, which is critical to serving the larger community,” it said. “New opportunities will also arise as we introduce Convention Center visitors to this uniquely Pittsburgh experience.”

The five-year agreement was approved “unanimously and enthusiastically” by the Sports & Exhibition Authority board on Feb. 10. Venture Outdoors said it marks the first step in an ongoing process to find a new on-river home for Kayak Pittsburgh Downtown.

The Post-Gazette reported that the organization also has plans to spend $350,000 to build a platform between the Rachel Carson Bridge and an existing waterfront plaza, which will be used for offices, restrooms and kayak rentals. It hopes to open in spring 2023 after securing permits from the state Department of Environmental Protection.

Venture Outdoors also says it plans to receive feedback from the community about what its future location should entail.

“In the coming months, our team will be working to engage community members and partners as we continue to plan what this new home would look like,” it said.

Indoor Kayak lessons started Thursday, and outdoor excursions at both the Downtown and North Park locations will reopen in May.