Why is There a Working Piano Sitting Outside in Braddock?

The renovated garden space at The Holland Project now houses an array of outdoor instruments. 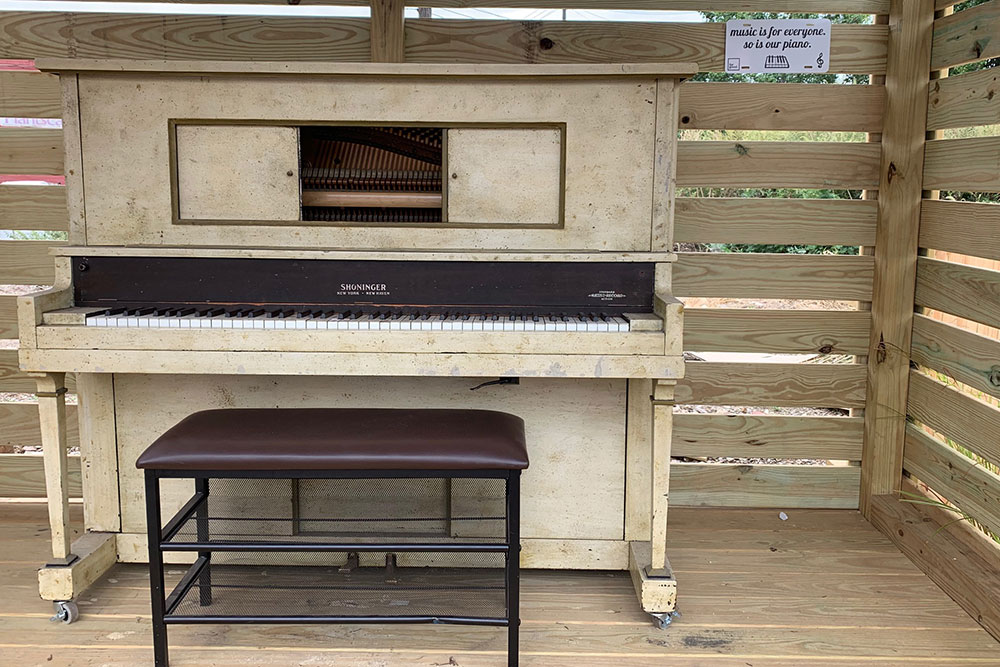 PHOTOS COURTESY OF “FOR GOOD PGH”

Residents of Braddock may notice some new tunes floating through the air.

A public piano was recently installed in the outdoor area of The Hollander Project, a women’s business incubator opened by Braddock-based nonprofit For Good PGH. The Hollander Project serves as a headquarters for 11 local businesswomen, but its garden — along with the recent addition of outdoor instruments — is open to the neighborhood. 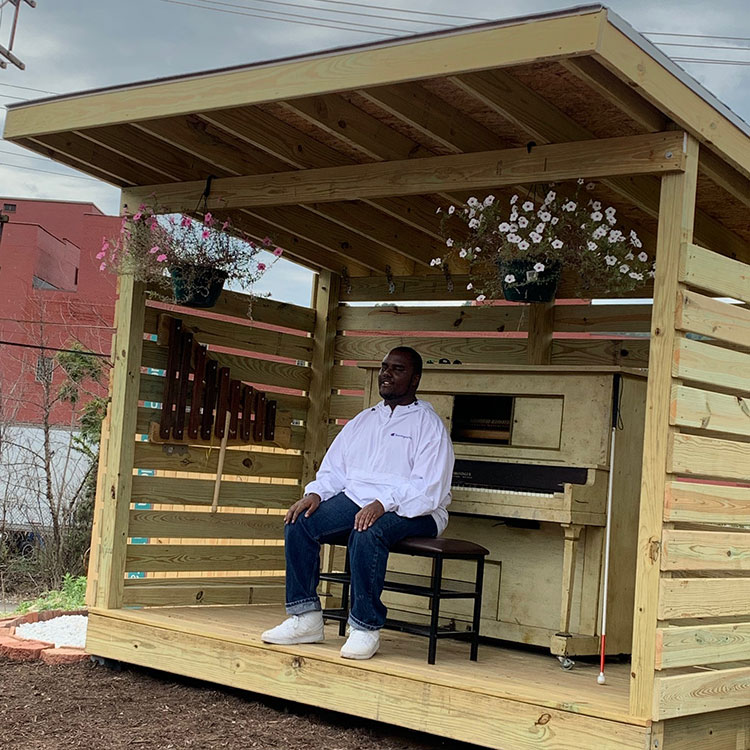 Donated by Netflix and the Pittsburgh Film Office, the piano was featured in the filming of a recent adaptation of the play “Ma Rainey’s Black Bottom,” written by Pittsburgh-native August Wilson.

Thanks to Grounded, a local community development organization, the instrument is housed in a custom-built structure that will protect it from harsh weather while allowing it to be accessible to visitors. Though the piano is the centerpiece of the outdoor space, Grounded has also installed a variety of other “outdoor instruments” comprised of wood and metal pipes. 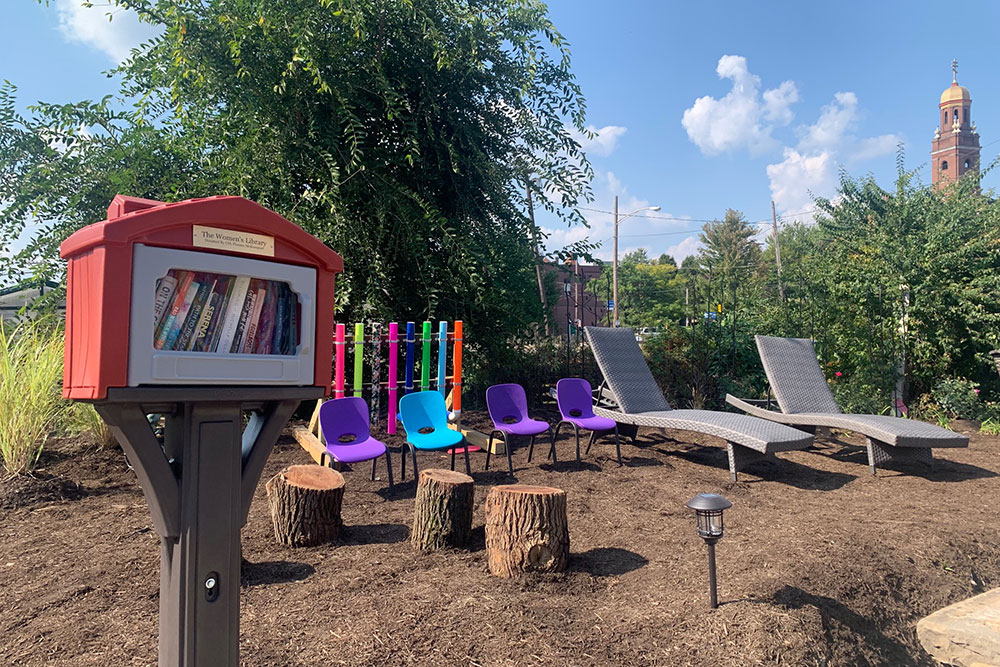 This follows the vision of Gisele Fetterman, co-founder of For Good and the brains behind the outdoor music set-up at The Hollander Project. Fetterman, also the second lady of Pennsylvania, has made it a goal to expand public equity and access in the past — even opening the swimming pool at the Lt. Governor’s mansion to children who don’t normally have access to one.

“We have a beautiful outdoor space which wasn’t beautiful when we started. But it had the possibility of being beautiful,” Fetterman told Next Pittsburgh.

And the newly renovated outdoor space is already getting visitors, such as local musician Shailen “Shy” Abram. Shy, who is blind, has been stopping by several times a week to break in the new neighborhood instrument.