Why General Sisters Is a General Store Like No Other

The women who are opening this North Braddock spot engaged with neighbors before setting plans for the store that'll be part grocery, part community. 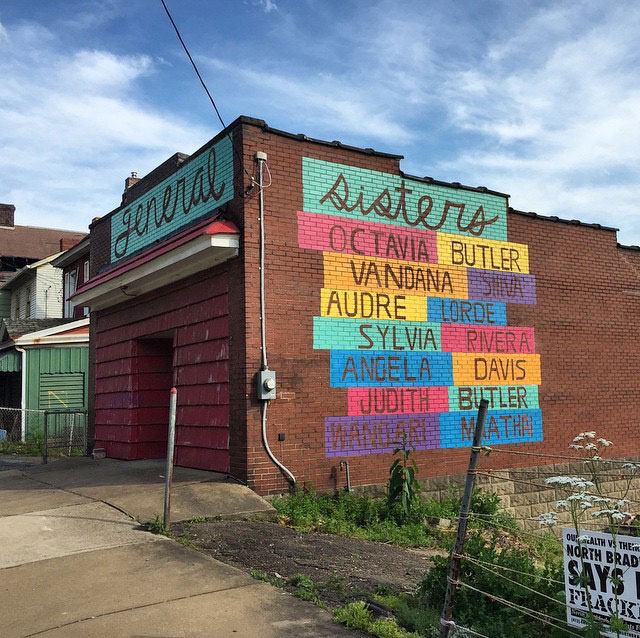 A few years ago, Dana Bishop-Root and Ginger Brooks Takahashi moved to North Braddock with a suitcase full of ideas. Both are artists who share a love for food and community, and they were eager to bring these ideas to the town.

But not long after living in the neighborhood, those ideas changed.

“We realized that the values and assumptions we had were naïve — not relevant to the place we were moving to. When people talk about places like this, like any post-industrial town, they talk about the decline. We felt that this erases the people that still live here,” says Bishop-Root.

So they set out to talk to their neighbors, to know the story of the neighborhood they moved to — not only its history but also its present story. The story of the people who still live there.

The grassroots approach meant there would be slow, organic growth, and this August, the pair will launch General Sisters General Store on Kirkpatrick Street in North Braddock, informed not only by their own passions but also of yearslong conversations and community with their neighbors.

This approach reminds me of Halla Tomasdottir’s 2010 TED talk, “A feminine response to Iceland’s financial crash.” In the talk, she shared how her financial-services company, Audur Capital, weathered the country’s economic collapse —something many of Iceland’s financials services companies did not survive. She credits her company’s success to the deliberate adoption of feminine values in the way Audur did business. It’s one of my favorite TED talks. 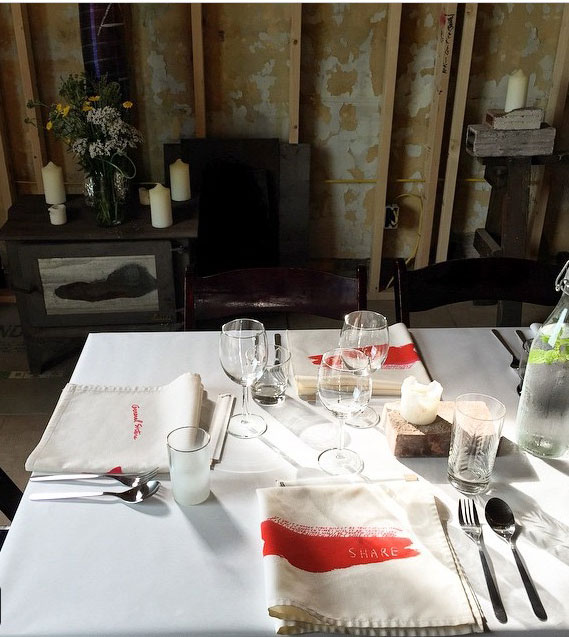 As Bishop-Root and Takahashi shared their story at a June 7 fundraising dinner for General Sisters, I couldn’t help but think of the many similarities with Tomasdottir’s values. One of them is this: “… although we do work in the financial sector, where Excel is king, we believe in emotional capital. And we believe that doing emotional due diligence is just as important as doing financial due diligence. It is actually people that make money and lose money, not Excel spreadsheets.”

After many years of building, General Sisters General Store is going to launch in an old, decrepit building that once was the neighborhood general store. The pair, along with neighbors and friends, are restoring the building by hand. 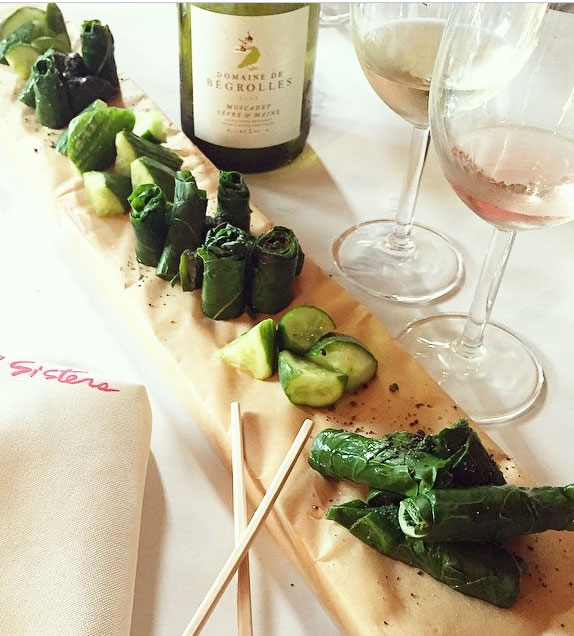 The store will stock groceries neighbors have asked for — mostly items too heavy or fragile to carry when riding the bus or walking to the closest Giant Eagle: flour, eggs, rice.

The store also will host monthly dinners that Takahashi, Bishop-Root and their neighbors will cook.

“We’ve been having these dinners informally, and people can expect things like curry chicken with stewed amaranth leaves from our neighbor Tony, who is from Barbados. Or Mary’s version of chicken and rice with collards,” say Bishop-Root.

On the months Bishop-Root and Takahashi take the turn, the meals will celebrate their own philosophy of simple food, inspired by what the garden brings — fresh during the season and fermented and preserved in the winter months. 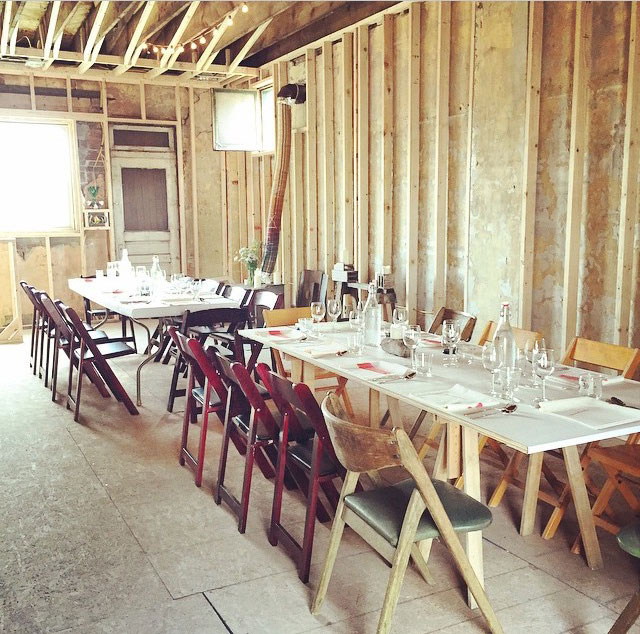 Their fundraising dinner gave a peek at the beautiful food we can expect. The simple, seasonal meal had four courses. The first was a silky sour-cherry soup (they share the recipe below), the second and third courses were an homage to Takahashi’s Japanese heritage — an oshitashi made with Swiss chard and the main course of a chirashi sushi (sushi in a bowl) topped with grilled and pickled vegetables. 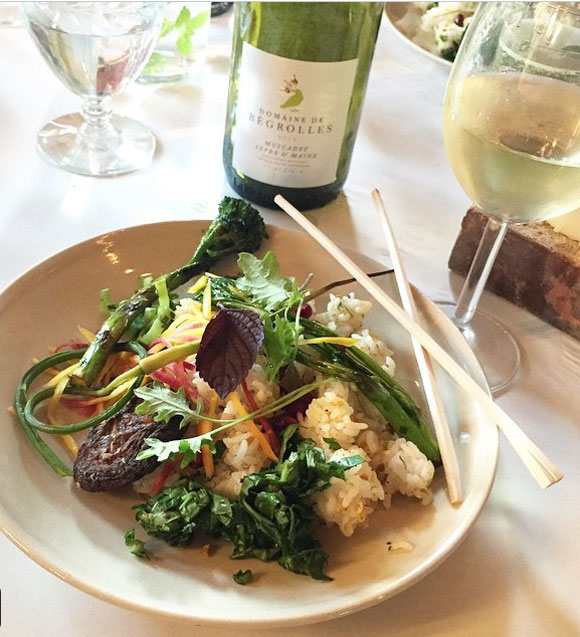 Photos of the beautiful meal, courtesy of food photographer Adam Milliron, only give a glimpse of the wonderful, illuminating evening.

To support General Sisters, General Store as they continue to build, you can experience their vegetable-focused, inventive yet simple cooking — they will bring it to you. Learn more about Bishop-Root, Takahashi and their store on their website. 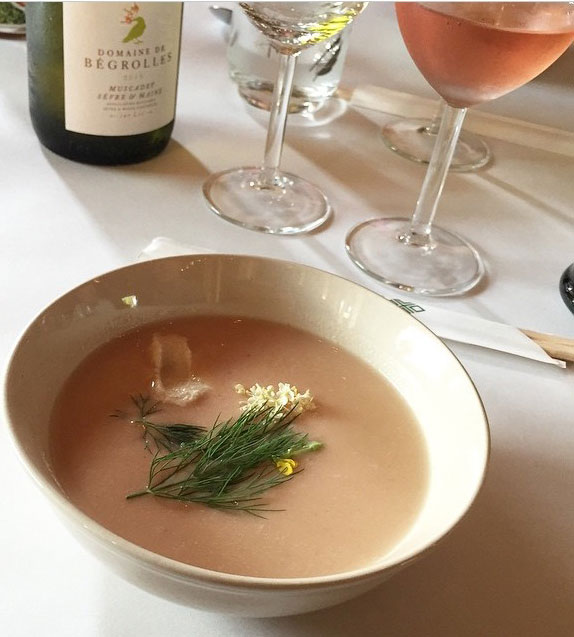