Who Collected the Bones of Saints in Pittsburgh?

The full skeletal remains of a Catholic saint lie in an ornate, centuries-old sarcophagus behind the altar at a Troy Hill Church. 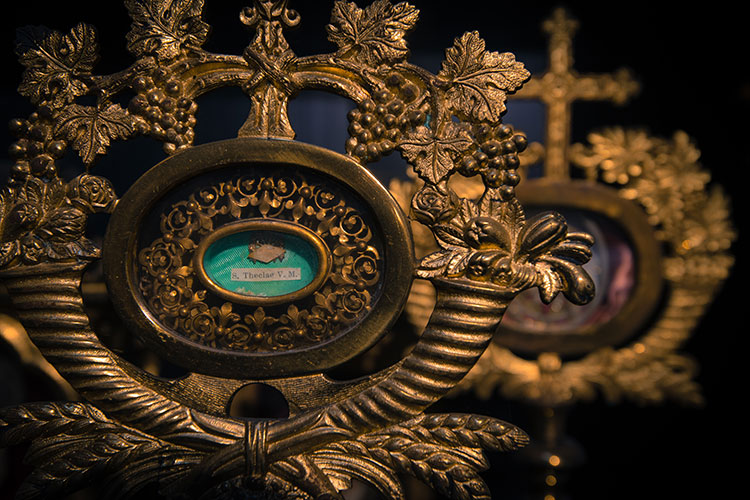 There are multiple Catholic saints by the name of Demetrius. Several are martyrs from the first few centuries after Christ’s death; as is sometimes the case with ancient saints, little to nothing is known about their lives.

We do know where you can find one Saint Demetrius, though. He’s on Troy Hill. 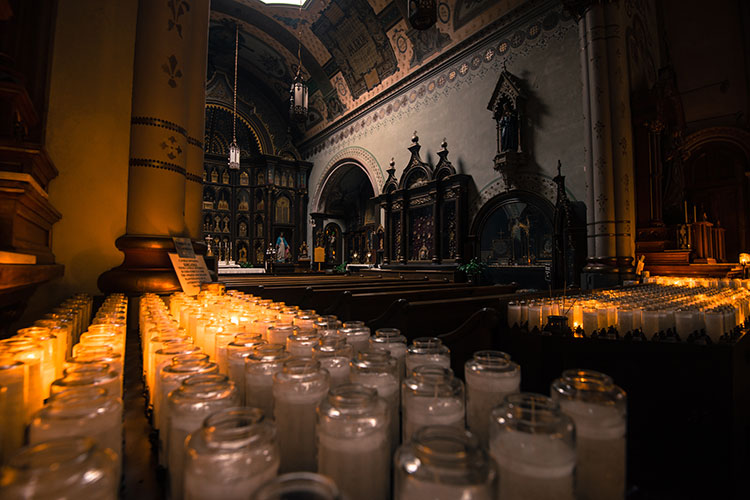 The full skeletal remains of Saint Demetrius lie in an ornate, centuries-old sarcophagus behind the altar at Saint Anthony Chapel, tucked into the quiet neighborhood. The bones accompany more than 5,000 other Catholic relics — mostly items believed to be from the bodies of saints, as well as items associated with the life of Jesus — brought to Pittsburgh by a dedicated priest well over a century ago. It’s the largest collection of relics in one place — besides the Vatican.

The priest, Suitbert Godfrey Mollinger, was a Belgian physician educated in Naples, Rome and Genoa who had a calling to enter the priesthood. Known as the “Healing Priest,” Father Mollinger would meet with dozens of pilgrims daily to offer spiritual and physical care.

He also had a flair for relics, and it was a good time to collect. Schisms within Christianity led to relics (and the valuable reliquaries that contained them, many of which can also be found at Saint Anthony) to be outlawed in several countries, leading to relics being privately sold. Mollinger made several trips to Europe to buy. 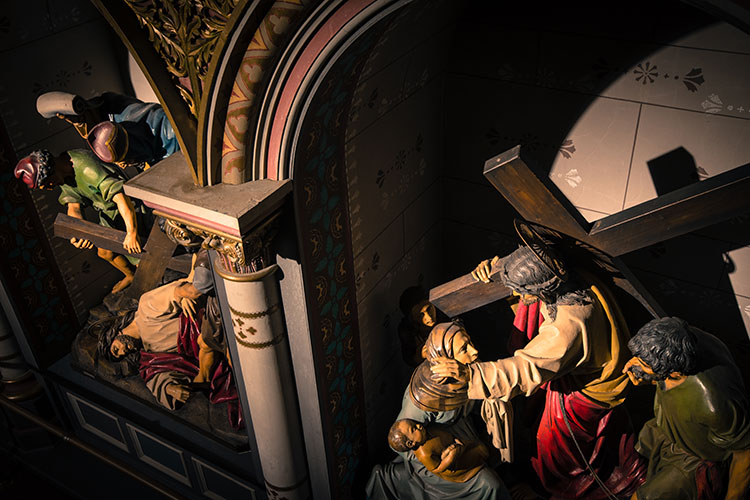 In 1883, Saint Anthony Chapel was opened, largely as a repository for the thousands of relics Mollinger had collected. The church would expand in 1892 to make room for hand-carved, wooden Stations of the Cross, which Mollinger commissioned from German artisans.

Nearly all the displays and reliquaries at Saint Anthony today are those acquired by Mollinger in the late 1800s. (The Stations of the Cross remain, as well; at any chapel without 5,000 relics, they would be worth a visit on their own.) Carole Brueckner, chairperson at Saint Anthony Chapel, says pilgrims have visited from every continent.

“I always said, ‘except Antarctica,’ until a gentlemen said, ‘I lived in Antarctica.’ So it is internationally known. It’s a very special place,” she says.

Those looking to visit should stop by on a Saturday or Sunday, when a docent-led tour takes place at 1 and 2:30 p.m.; groups of 10 or more can schedule a private tour. 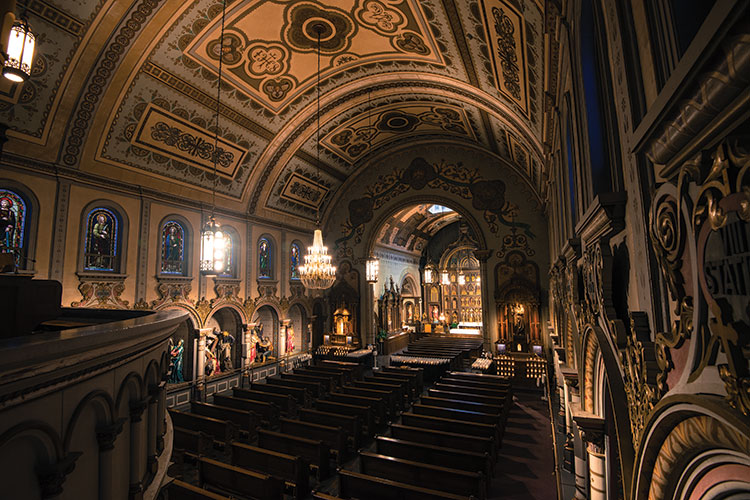