Where You Can See the Best Fall Foliage Around Here

It's all about timing, and the next few weeks are critical. 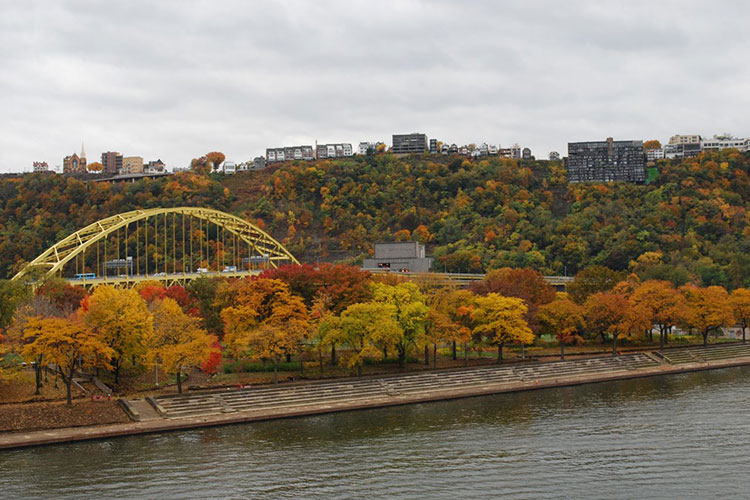 Pennsylvania is the leaf peeping capital of the world.

According to the Pennsylvania Department of Environmental Resources (DCNR), the Commonwealth has the longest, most varied fall foliage season of any state in the country and any area of the world.

Because of the rainy summer and fall, however, this year the colors won't be as bright — and the peak colors may be delayed.

“Whenever there’s excessive moisture, the colors are more muted and a lot of the leaves that have fallen are still green,” Rachel Mahony, environmental education specialist at the Forbes District of the Pennsylvania Bureau of Forestry, told the Incline.

But that doesn't mean you shouldn't get out and enjoy the transition — and timing is key. Normally, the best time for leaf peeping in Pittsburgh and Allegheny County is around the third weekend in October. The forecast of much cooler temperatures by the end of the week is expected to kickstart the changeover, according to the DCNR.

The DCNR publishes weekly fall foliage reports from the first of October through mid November. There's also an interactive map highlighting some of the prime locations to see the fall colors. If you want to make a day out of it, the DCNR offers northern loop and southern loop driving tours that follow the ridges and valleys of the Laurel Highlands.