Where We're Eating in September

We're shopping at Panda Supermarket, taking a first look at Superior Motors and digging the side dishes at Showcase BBQ. Plus, we chat with Casellula @ Alphabet City's Brian Keyser. 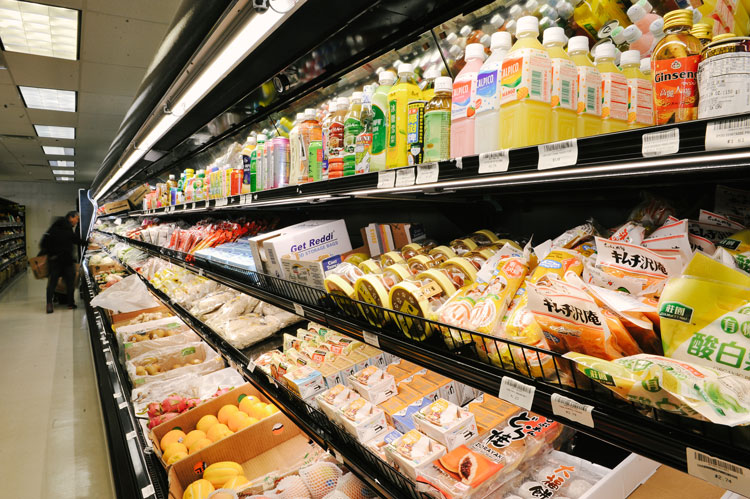 Panda Supermarket
Squirrel Hill already has established a reputation as Pittsburgh’s go-to neighborhood for outstanding regional Chinese restaurants with options such as Chengdu Gourmet, Taiwanese Bistro Cafe 33 and How Lee. With the July opening of Panda Supermarket, a small, pan-Asian market on Forbes Avenue, home cooks can be part of that mix, too. The store’s selection of noodles, frozen meats and dumplings, sauces, fresh vegetables and more, plus a small offering of equipment such as rice-cookers and tea sets, is sure to inspire kitchen creations.
5846 Forbes Ave., Squirrel Hill; 412/230-8902, facebook.com/pandasupermarket2017 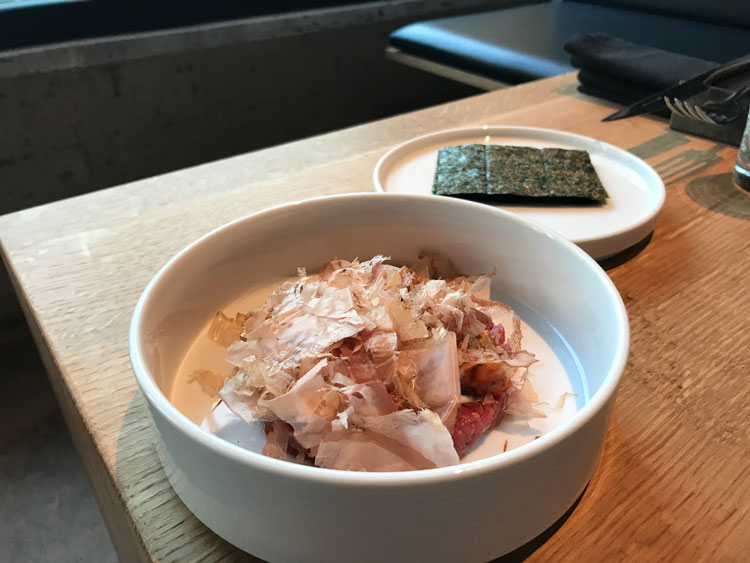 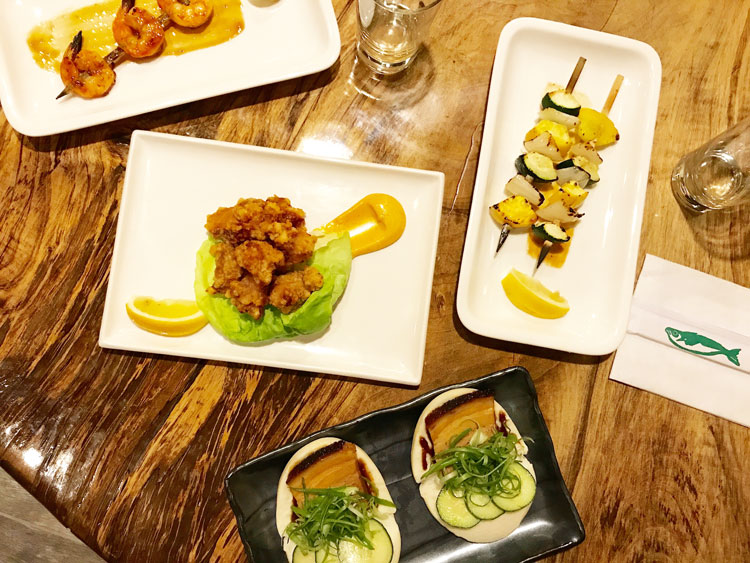 Yuzu Kitchen
It wasn’t terribly long ago that Pittsburgh was hurting for Japanese cuisine that stretched beyond the typical. It now seems to be popping up everywhere. Yuzu Kitchen, a Downtown restaurant run by a cohort of Bar Marco/The Livermore alums, looks to stand out among a growing crowd. Be sure to try a soup, order golden bean curd — tender tofu infused with miso before it is pan-fried — and spicy fried karaage. Alec El’s cocktail menu is a winner.
409 Wood St., ​Downtown; 412/288-9900, yuzukitchenpgh.com 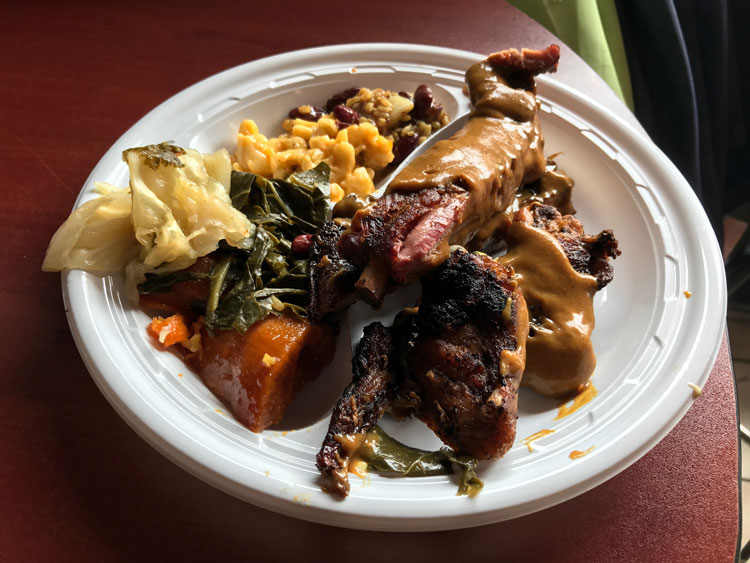 Showcase BBQ
What I like best about Showcase BBQ are the side dishes. The restaurant’s red beans and rice — plump, al dente beans mixed with fluffy long-grain rice — is one of the most comforting dishes in Pittsburgh, its tender yams intermingle savory and sweet sensations and the green beans are a vibrant accompaniment that help balance a meal. I also enjoy Showcase’s smoky, tender wings, particularly when topped with a small helping of its sweet-tangy barbecue sauce. Indoor seating is limited.
6800 Frankstown Ave., Homewood; 412/361-7469, showcasebbq.net 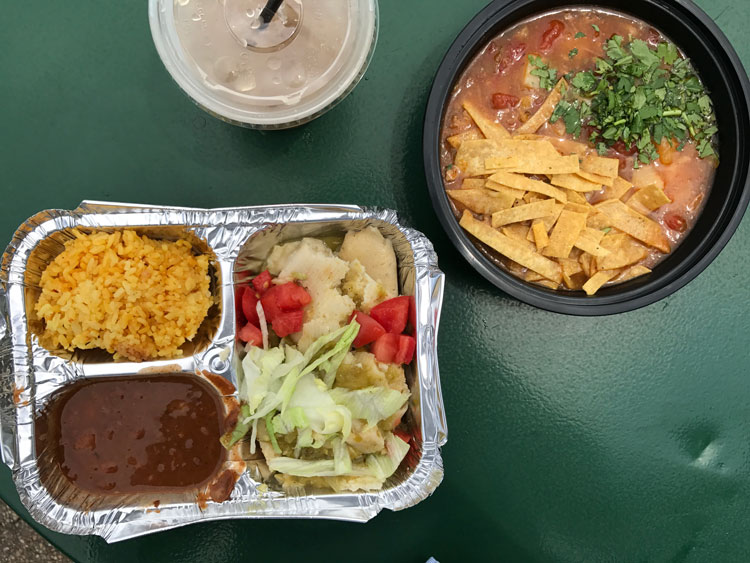 Mesa
Chef/Owner Robert Sayre transformed the former Conflict Kitchen space, where he previously worked as culinary director, into a fast-casual, New-Mexican-influenced eatery. His menu leans heavily on Southwestern ingredients such as Hatch chile, beans and corn. I quite enjoyed the green chile stew with tender pork, potatoes, tomatoes, cilantro and tortilla strips. Other items offered include enchiladas and tamales. Wash it down with a housemade agua fresca — I recommend the peppy tamarind.
221 Schenley Drive., ​Oakland; 412/621-1700, mesapgh.com 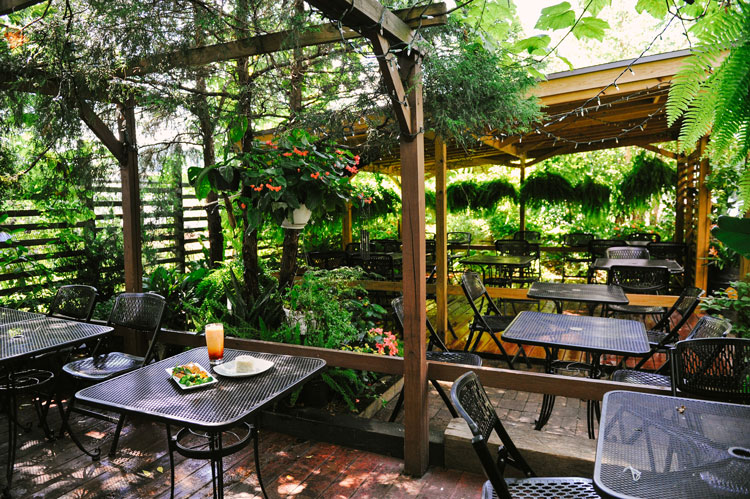 Garden Dreams: Pusadee's Garden
Diners who love to eat al fresco should beeline to Pusadee’s Garden in Upper Lawrenceville as soon and and often as they can — the beloved Thai restaurant with the fanciful garden will shutter at the end of season and remain closed for at least a year while it undergoes a full remodel and expansion. Gather some friends or plan a special date, pick up a few bottles of wine and enjoy the final few months (for now) of the beloved establishment.
5321 Butler St., Lawrenceville; 412/781-8724, pusadeesgarden.com 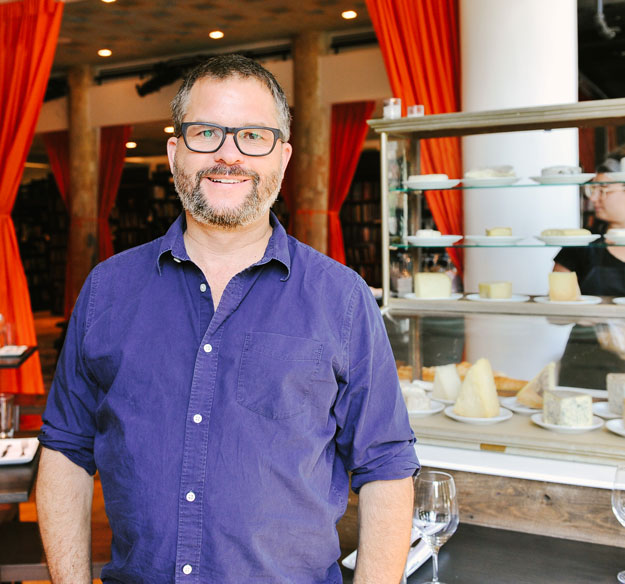 Brian Keyser
Casellula@Alphabet City | Owner / Fromager
Brian Keyser decided to open a second location of his Hell’s Kitchen establishment Casellula Cheese and Wine Café in Pittsburgh after a mutual friend connected him to Henry Reese, co-founder and president of City of Asylum (which houses Casellula in Pittsburgh). In addition to an outstanding collection of cheese that’s thoughtfully paired with condiments, Casellula @ Alphabet City has a selection of snacks, small- and large-plate dishes.

What’s the draw to a cheese-based restaurant in Pittsburgh?
We serve beautiful cheeses from all around the world that you can’t get anywhere else in Pittsburgh. I think people come for the cheese because it’s unique and it’s a great opportunity to be exposed to new things, but then they find that it’s also a really great restaurant with great food and that the cheese is really an added bonus.

What should someone look for when they’re choosing cheese?
The bottom line is that people should eat what they like. Taste all kinds of cheeses, but go back to the ones that make you the happiest.

How should someone go about selecting a cheese?
I’m a big believer in interacting with the person selling you the cheese. The cheesemonger you’re buying from knows what is at its peak and what’s in season. So that’s the best way to get the best cheeses.

What’s the best way to pair booze with cheese?
As a general rule, sparking wines and white wines are great with fresh and lighter cheeses, and red wines are better with aged, hard cheeses. I’m a big fan of anything sparking with cheeses because the bubbles will clean your palate and make you eat more cheeses. Beer is great with cheese. Cheese and apples are a classic combination so cider works well with cheese. There are so many microbreweries in Pittsburgh that there is a beer for every cheese.