Where We're Eating in October

We're noshing on gluten-free baked goods at Gluten Free Goat Bakery, crushing noodles at Ki Ramen and brunching at Spoon. Plus, we talk to Greta Harmon of Bar Frenchman. 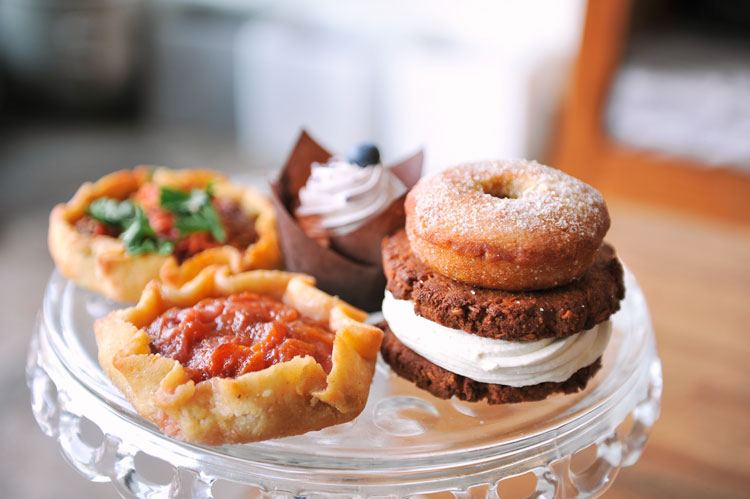 Gluten Free Goat Bakery
A couple of years ago, Jeanette Harris decided to spin her celiac-related dietary restrictions into something positive. She created Gluten Free Goat Bakery — a popular gluten-, soy- and corn-free business run with the intention of crafting better baked goods for people with food intolerances. Customers at her Garfield storefront, which opened in February, can find an array of baked treats, breads and savory dishes, including Harris’ personal favorite: a vegan BLT prepared with housemade shiitake bacon and vegan cashew-garlic mayo on rosemary focaccia.
Garfield: 4905 Penn Ave.; 412/362-1600, glutenfreegoat.com 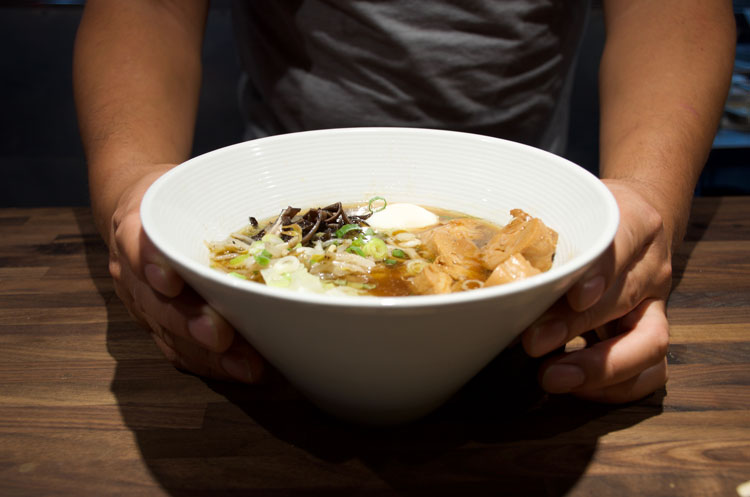 Spoon (Brunch)
Spoon in East Liberty is always at the top of my “Where should I go eat dinner tonight?” recommendations. I’ve added it to the “Where should I go to Sunday brunch?” list, too. Executive Chef Jamilka Borges and Pastry Chef Laura Bratkowski added brunch service in 2016, and it quickly has become one of Pittsburgh’s go-to destinations. Borges’ daytime menu features dishes such as heirloom tomatoes benedict, and Bratkowski always provides tasty treats — sometimes a whole pastry table. In our February issue, PM gave Spoon the distinction of Best Bar Program in Pittsburgh, and the team’s brunch cocktails are spot-on.
East Liberty: 134 S. Highland Ave.; 412/362-6001, spoonpgh.com 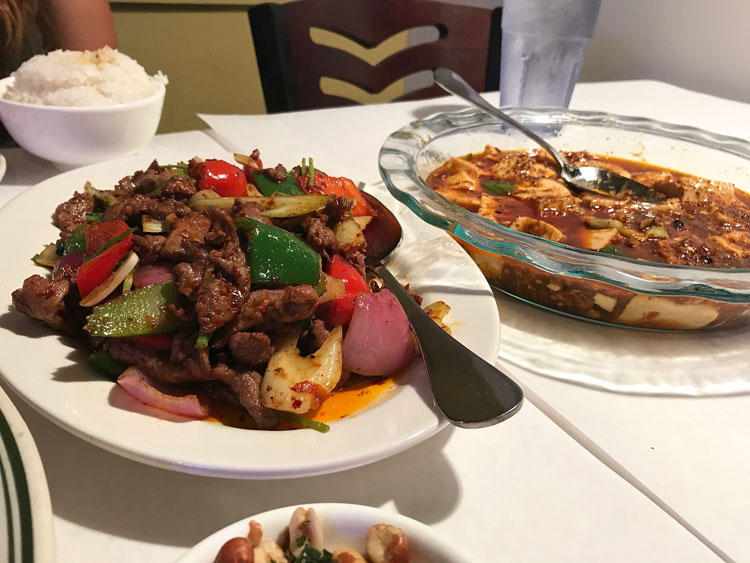 photo by Hal b. klein

Szechuan Spice
For several years there was a sign that read “Szechuan Spice, Coming Soon” at the former Jimmy Tsang’s Chinese Restaurant space on Centre Avenue in Shadyside. The kitchen’s woks finally fired up at the end of July. Visit the cavernous restaurant for Sichuan classics such as numbing dry-fried Chongqing chicken, an excellent preparation of cumin lamb and sauteed shredded potatoes with hot peppers. There also is a sushi bar, but it’s not nearly as interesting as the Sichuan menu.
Shadyside: 5700 Centre Ave.; 412/363-8888, szechuanspicepittsburgh.com 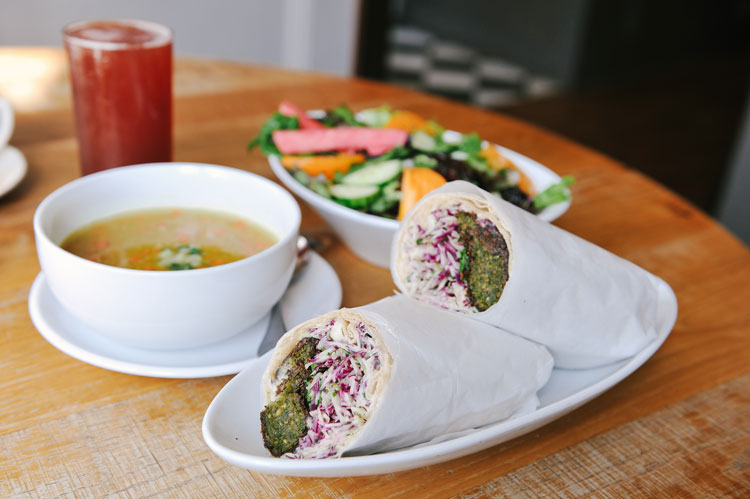 Vegan Comfort: B52
The first wisps of Autumn chill conjure, for many, a desire for a meaty bowl of stew. Sometimes it’s worth exploring an alternative strategy. B52’s vegan menu allows for comfort of its own kind: warming lentil soup, crunchy falafel sandwiches and savory mezze, such as baba ghanouj and fried tomatoes, make for a satiating meal, particularly when accompanied by a strong cup of one of the restaurant’s delightful lattes.
Lawrenceville: 5202 Butler St.; 412/781-5204, b52pgh.com) 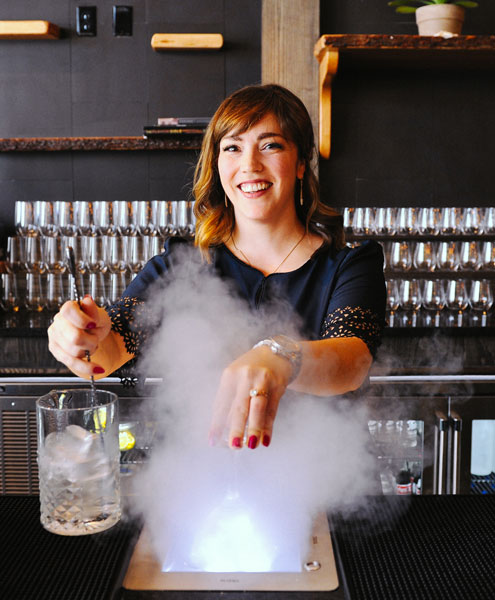 Greta Harmon
Bar Frenchman | Bar Manager
Greta Harmon’s bartending career started 11 years ago at the Sandcastle Sandbar. She then moved to Johnstown and worked in a few local bars. Four years ago, she collaborated with Lucky “The Painproof Man” Munro for “South Seas Thursdays at the Tiki Lounge.” Prior to joining the team at Bar Frenchman in East Liberty, Harmon ventured into craft cocktails at Meat & Potatoes and was part of the opening crew at Hidden Harbor.

You have a deep passion for tiki cocktails. What’s the draw for you?
It’s so much fun. Drinking should be fun. I don’t like going to bars where the atmosphere is so intimidating you don’t want to order anything. I love the tropical vibes and all the flavors you get to play around with in that genre.

How do you transition from a whimsical tiki bar like Hidden Harbor to something that’s a little more modernist and bistro?
It’s melding my classic craft cocktail experience at Meat & Potatoes with the fun cocktail technique and garnishes from Hidden Harbor. But I’m also bringing the techniques that chef is using in the kitchen here; working with airs and scented fogs, getting freezers so cold they’ll freeze booze. We’re going to bring the fun to the Frenchman.

You’re a very active member of the bartender community in Pittsburgh.
It’s fantastic. I don’t know how it is in other cities, but it’s pretty great here. There are so many bartenders with a wide variety of skills. There’s so much to learn, and there is always someone to talk to about new techniques, what people are doing and new places that are opening up. Everyone learning from everyone else makes Pittsburgh stronger.