Where We're Eating in November

This month, we're loving the mega berry and bananas foster at Waffles INCaffeinated, and homemade pierogies at Szmidt’s Old-World Deli. 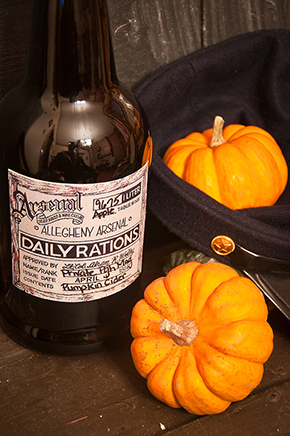 Hard-Pressed
Opened in 2010 by Bill and Michelle Larkin, Arsenal Cider House is a go-to for (hard and ’Burgh-born) cider; having diehard patrons, they also stock their popular product in bars like Fat Head’s. This month, they’re releasing the first batch of commercial pumpkin cider, flavored with actual pumpkin and traditional spices. Intrigued? Grab a growler and make tracks to this spot before it’s too late — a limited amount is available.

Waffles INCaffeinated
When considering breakfast options, New Brighton might not come to mind. But it should. When Waffles INCaffeinated opened in 2007, nobody could’ve predicted its success in attracting folks from across the region. What sets the joint’s namesake creation apart from the competition is its sourdough batter. The mega berry and bananas foster (stuffed with walnuts!) waffles are recommended. Wraps, sandwiches and other morning fare are also served. Fun fact: A South Side location opens this month.

Szmidt’s Old-World Deli
Homemade pierogies and house-brined and roasted meats — those are just two reasons to try Szmidt’s. Tucked in Greenfield, the little deli dishes out classics the right way. Sandwiches range from the Doe Doe (cranberry vinaigrette on turkey) to the Gilbert (featuring homemade pastrami). Be adventurous and try the “New World” or sweet pierogies (Granny Smith apple pie is a winner) — or better yet: the Rage sandwiches, starring the homemade stuffed dumplings on a bun with cheese and toppings (genius!).

Rose Tea Café
While coffee and tea shops are considered the best places to unwind with a hot or cold beverage in hand, Rose Tea is just as great, offering fine bubble tea (try the honey green) in a relatively quiet atmosphere. Noteworthy dishes listed on the lengthy menu include the zesty Taiwanese-style chunk chicken, scallion pancake with egg appetizer and braised pork. Bottom line: Hearty meals are reasonably priced — and you get to try a different cuisine. Not bad.

B Gourmet
Sometimes quality and freshness go by the wayside when making quick, convenient food. Not here, though. Operated by famed local chef Chris Bonfili, B Gourmet aids the busy, with its dinners-to-go program, prompt regular service and impressive inventory of locally made products — such as goods from Fede Pasta and Paul Bunyan Maple Syrup. At the small, mod eatery, a handful of top-notch sandwiches — like the rosemary roast beef — and salads (try the cobb!) round out the menu. 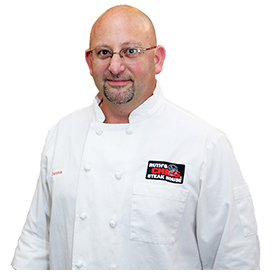 Favorite cut of meat?
Filet — you can’t go wrong with it; it’s so tender. Also, the ribeye — it’s flavorful. Both are great.

Experiment much in your down time?
When I’m off, I like to do different things, like pasta. I also like the Creole/Cajun-style and comfort food, especially in the fall and winter. Although I do it at work, I like cooking as a hobby, too.

Grilled or pan-seared steak?
Grilled. I have more control.

Medium or rare? When I eat filet, rare; as for a ribeye or strip, more medium-rare.

Drink of choice with your meal?
A nice glass of cabernet — I love Shafer and Contessa.