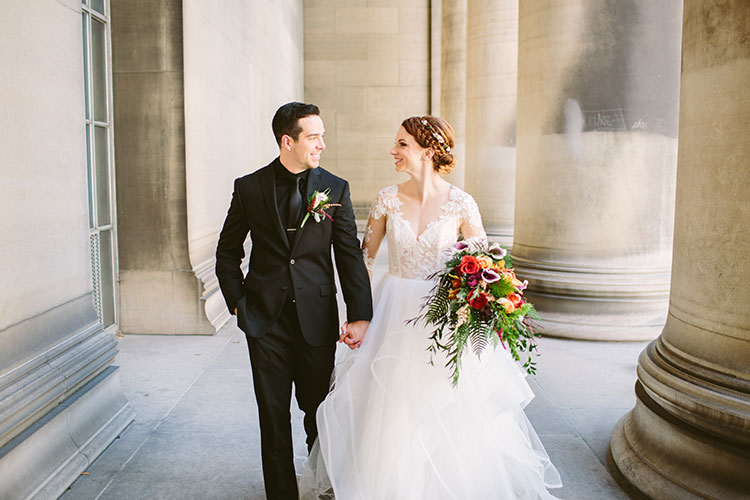 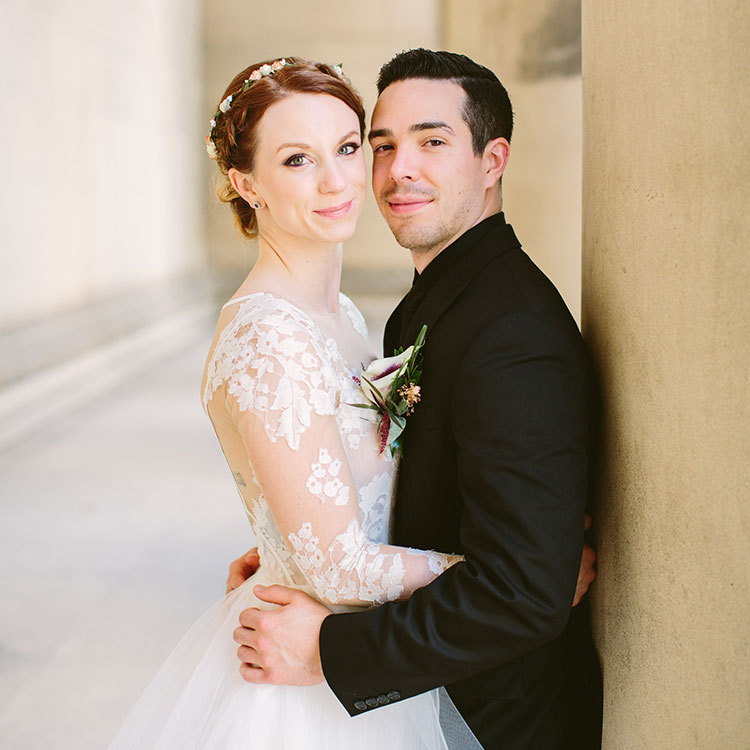 When Billy Met Bridget.
From the second she met Billy Walsh, Bridget Ryan knew she wanted him as her partner. At first, that meant the two students at Palmer College of Chiropractic in Davenport, Iowa, would study together learning new skills. Later, it meant they’d share a life together.

The two got to know each other over an evening of pool and shuffleboard with friends, but Billy really fell for Bridget months later when he watched her bust out some silly dance moves during a work conference. The couple began dating in fall 2013, and by Thanksgiving, Bridget knew Billy was The One.

“He has the ability to always make me smile no matter what mood I’m in,” says Bridget. “We joke that we are like Monica and Chandler from ‘Friends’ — I’m very organized and like things done a certain way. None of that bothers him, and he makes fun of me for it in a goofy way that makes me laugh.” 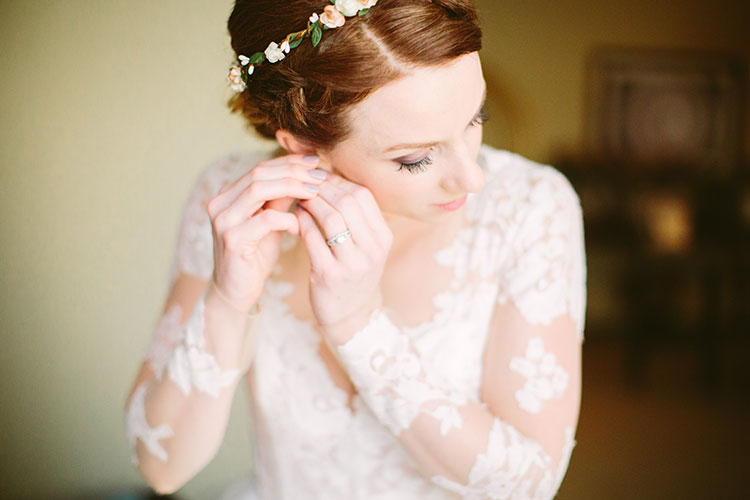 She Said Yes.
Billy planned to work an externship in Pittsburgh while Bridget finished up studies in Iowa, so the couple prepared to spend four months apart until she could join him. Prior to Billy’s departure, they planned a weekend getaway to Des Moines.

During the trip, they met Bridget’s cousins at a downtown brewery. After drinks, everyone took photos together. Bridget posed with Billy, and after the image was snapped, she turned to see him down on one knee.

“I’ve never had a moment other than that that literally took my breath away,” she says. “I couldn’t believe how he 100 percent surprised me.” 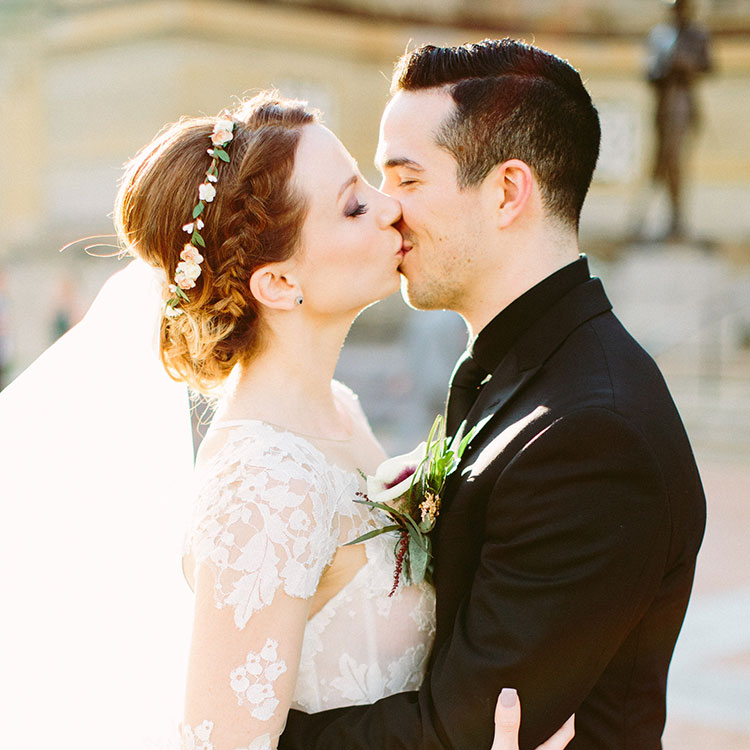 The Big Day.
Bridget, the youngest of four, remembers the moment her father welled up as he prepared to give her away. But tears were soon swapped for smiles when he snapped an impromptu selfie just before walking her down the aisle.

At their reception at Soldiers & Sailors, the newlyweds stole away to the balcony overlooking the ballroom where they took a moment to enjoy the sight of their loved ones celebrating.

“It was a moment he and I had together with no one else around,” Bridget says. “We looked down at all of the joy and all the fun everyone was having.” 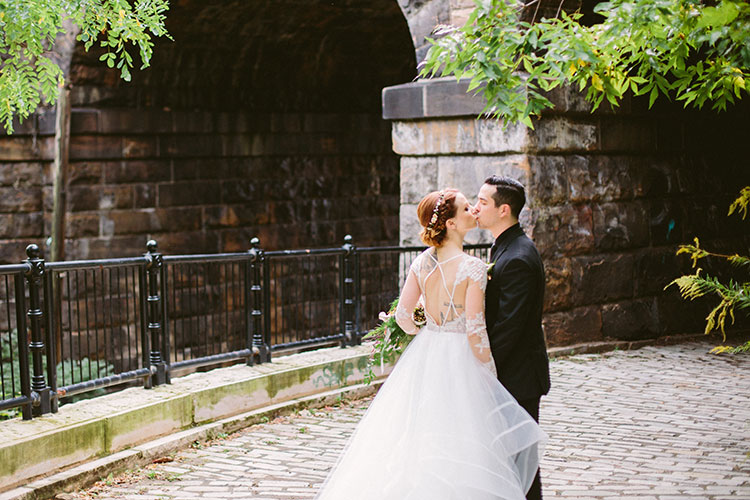 Happily Ever After.
After a relaxing mini-moon enjoying nature in Bedford Springs, the couple, both 27, settled in their McCandless home. They work together at Bellevue Chiropractic Centre. When they are not at work, the couple enjoys hiking and exploring the Pittsburgh dining scene. 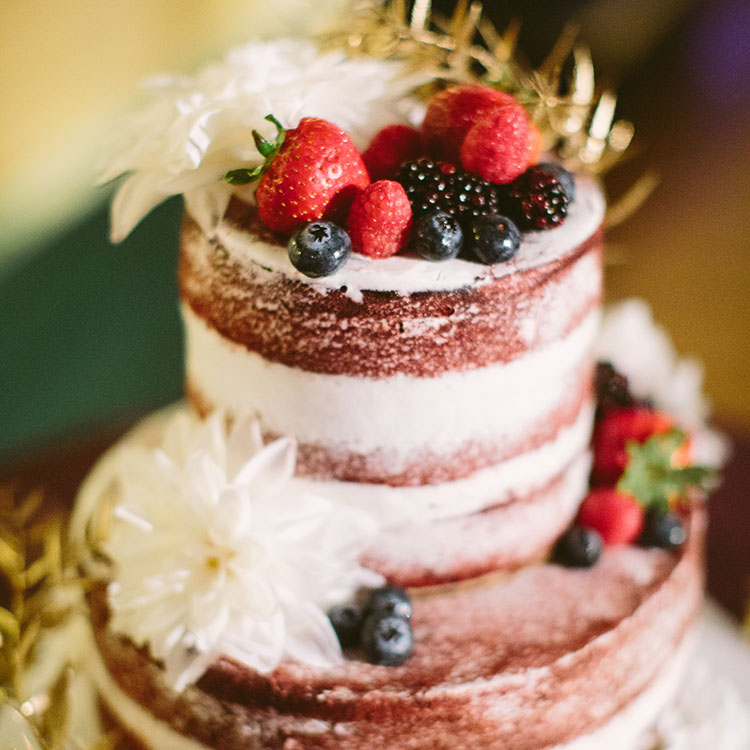