When Can You Make a Pittsburgh Left?

Even if you don’t know the term, you’re probably familiar with the concept. 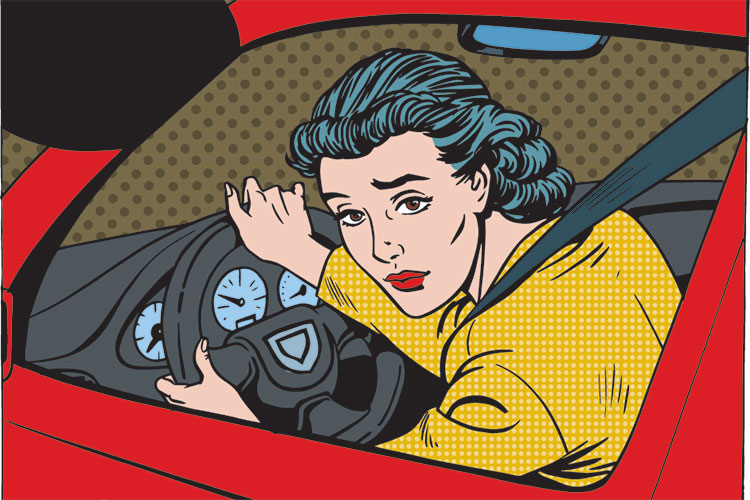 New Jersey has the “Jersey Slide,” a.k.a. exiting a highway from the left lane — usually without a blinker — while the West Coast lays claims to the “California Lane Change,” the dangerous practice of veering across several lanes of traffic in one motion.

Pittsburgh is not without its driving quirks, of course. Besides a tendency to slow down in tunnels (why?!), drivers here are known for the Pittsburgh Left.

Even if you don’t know the term, you’re probably familiar with the concept. It involves the first, left-turning driver at a traffic light taking precedence over the oncoming vehicles driving straight through the intersection — without the benefit of a protected green arrow.

While the origins of the Pittsburgh Left are murky at best, it could (according to a past investigation by Pittsburgh City Paper) have something to do with the city’s original streets lacking dedicated left-turn-only lanes — thereby forcing drivers to take traffic matters into their own hands.

The practice has its fans and its detractors. Mayor Bill Peduto once told the Wall Street Journal he’s a believer in the Pittsburgh Left. “It embodies the kindness of Pittsburghers, saying, ‘No, you go ahead, you go first.’”

On the other side of the coin is erstwhile Pittsburgh Steelers running back Le’Veon Bell, who fired off a series of Snapchats in 2016 calling local drivers “wicked,” in particular for the Pittsburgh Left.

If you’re wishy-washy on the subject, consider this — it has no basis in law. Failure to yield to oncoming cars while navigating a turn is a traffic violation in the Commonwealth of Pennsylvania. Tim Rogers, owner of Rogers Driving School in Ross Township, also points out the risks associated with the Pittsburgh Left, particularly if there are two lanes of oncoming traffic, and only one driver waving you on for the left turn.

“People that let you go, it’s more of a courtesy thing. They’re not required to let you do that,” he says. “People try to be courteous, but there is a potential danger to it.”